So having posted the Philpapers survey results, the biggest ever survey of philosophers conducted in 2009, several readers were not aware of it (the reason for re-communicating it) and were unsure as to what some of the questions were. I offered to do a series on them, so here it is – Philosophy 101 (Philpapers induced). I will go down the questions in order. I will explain the terms and the question, whilst also giving some context within the discipline of Philosophy of Religion.

This post is about aesthetic value or, in other words, beauty and the like. Is beauty a purely subjective notion, or do ‘objects’ actually have intrinsic aesthetic value?

Here are the results from the survey:

Which appears to be a fairly indecisive split.

If you remember my post on Plato, you might remember that he reckoned that there were ideal forms of everything which existed in some Platonic realm. Until a few hundred years ago, most philosophers concluded that beauty was objective, located in the object or the qualities of the object being evaluated. From the Stanford Encyclopedia of Philosophy (SEP) entry on “Beauty”:

In De Veritate Religione, Augustine asks explicitly whether things are beautiful because they give delight, or whether they give delight because they are beautiful; he emphatically opts for the second (Augustine, 247). Plato’s account in the Symposium and Plotinus’s in the Enneads connect beauty to a response of love and desire, but locate beauty itself in the realm of the Forms, and the beauty of particular objects in their participation in the Form.

Can you have the ideal form of something which is ugly, I wonder? Socrates, another subject of one of my factfiles, thought that beauty was instantiated in the object, rather than being represented by universals. In this way, however, it is objective and not entwined with the subjective response of the individual.

Subjectivists, on the other hand, believe that beauty is pretty much in the eye of the beholder, so to speak. As Hume said:

Beauty is no quality in things themselves: It exists merely in the mind which contemplates them; and each mind perceives a different beauty. One person may even perceive deformity, where another is sensible of beauty; and every individual ought to acquiesce in his own sentiment, without pretending to regulate those of others. (Hume 1757, 136)

The issue with this kind of position is that if beauty is indeed entirely subjective, then the whole concept is pretty meaningless by point of fact that the word has no real meaning other than stating a particular preference of the individual. It seems remarkable, then, that our aesthetic judgements do seem to coincide to such an extent. Denying the beauty of a wonderful sunset is a difficult thing to do.

Such aesthetic words as ‘beautiful’ and ‘hideous’ are employed … not to make statements of fact, but simply to express certain feelings and evoke a certain response. It follows…that there is no sense attributing objective validity to aesthetic judgments, and no possibility of arguing about questions of value in aesthetics. (Ayer 1952, 113)

All meaningful claims either concern the meaning of terms or are empirical, in which case they are meaningful because observations could confirm or disconfirm them. ‘That song is beautiful’ has neither status, and hence has no empirical or conceptual content. It merely expresses a positive attitude of a particular viewer; it is an expression of pleasure, like a satisfied sigh. The question of beauty is not a genuine question, and we can safely leave it behind or alone. Most twentieth-century philosophers did just that.

Put another way, as more modern thinkers often do, it is the pleasure, perhaps, that makes something beautiful. Empiricist thought sees, say, colour as a perception. Without the perceiving mind, there is no colour as understood by the way different people have different perceptions of the ‘same colour’ (think colourblindness), and also how colours of objects can change depending on the lighting.

However, philosophers such as Kant saw something being lost in such subjective perception. The fact that we argue over beauty in all of these contexts goes some way to showing that we, at least intuitively, think there is a right and a wrong to such evaluations. If beauty is completely relative to individual experiencers, it doesn’t qualify as an important value. It becomes unrecognisable as a value at all across persons or societies (ie objectively). Thus it seems that there are both objective and subjective aspects to aesthetics.

“Strong sense, united to delicate sentiment, improved by practice, perfected by comparison, and cleared of all prejudice, can alone entitle critics to this valuable character; and the joint verdict of such, wherever they are to found, is the true standard of taste and beauty” (“Of the Standard of Taste” 1757, 144).

If the best of the best seem to agree on their conclusions in evaluating aesthetics (why the classic works of art and literature persist) then this must indicate objectiveness or a close analogy to it. As the SEP states:

Though we cannot directly find a standard of beauty that sets out the qualities that a thing must possess in order to be beautiful, we can describe the qualities of a good critic or a tasteful person. Then the long-run consensus of such persons is the practical standard of taste and the means of justifying judgments about beauty.

Kant made some interesting points about disinterestedness. One must evaluate aesthetics without bringing any baggage to the table. This hints at intrinsic value and moves away from personal, subjective context. As he said himself:

This needs to be qualified though. There is dependency on what sort of thing the object is. A beautiful horse does not make a beautiful ox. Some things are more abstract, such as, say, a particular pattern.

What this means is, if we can all divorce ourselves from our own baggage, we would all agree, so Kant reckons, on what would be beautiful. This is a universalisation of judgement. The SEP surmises:

In the case of aesthetic judgments, however, the judgment remains subjective, but necessarily contains the ‘demand’ that everyone should reach the same judgment. The judgment conceptually entails a claim to inter-subjective validity. This accounts for the fact that we do very often argue about judgments of taste, and that we find tastes that are different than our own defective.

BUT. An object cannot, perhaps, be beautiful if it gives no pleasure to anybody:

An object cannot be beautiful if it can give pleasure to nobody: a beauty to which all men were forever indifferent is a contradiction in terms. … Beauty is therefore a positive value that is intrinsic; it is a pleasure. (Santayana 1896, 50–51)

Aesthetics, as a discipline, declined in favour as people stopped seeing it on a par with other truths: moral, epistemological and so on. A recent theory is one that proposes that it is a relationship. SEP says of Sartwell’s work (this guy has a bunch of You Tube vids, so check him out):

Crispin Sartwell in his book Six Names of Beauty (2004), attributes beauty neither exclusively to the subject nor to the object, but to the relation between them, and even more widely also to the situation or environment in which they are both embedded. He points out that when we attribute beauty to the night sky, for instance, we do not take ourselves simply to be reporting a state of pleasure in ourselves; we are turned outward toward it; we are celebrating the real world. On the other hand, if there were no perceivers capable of experiencing such things, there would be no beauty. Beauty, rather, emerges in situations in which subject and object are juxtaposed and connected.

There are many theories abounding which target symmetry and other factors as underpinning beauty, both in concrete stimuli such as people’s faces, and in mathematical constructions and equations. The Triple Helix Online blog sums up the discussion adeptly:

The emerging discipline of evolutionary psychology is based on the idea that not only have our physical traits been shaped by our adaptation to our ancestral environment, but our behaviour and preferences have likewise been shaped by natural selection [1]. This has led to many studies investigating the evolutionary reasons for the human concept of beauty, and their results are often surprising. Mostly, these studies examine whether a particular trait – for example symmetry, colour, and facial hair– is correlated with perceived attractiveness, and in doing so they focus on the biological and evolutionary reasons why some faces are commonly judged to be more attractive than others. They show that despite the old adage “beauty is in the eye of the beholder”, there are a number of traits which are generally and cross-culturally perceived as more attractive than others. However, this approach has come under much criticism – not only methodologically, but also from those who argue that attractiveness should be studied as a cultural concept only, or those who argue that it should not be studied at all [2].

I would advise reading this piece in its entirety as it sums up all of the different works which are looking to ground attractiveness in adaption, neurology and psychology. The conclusion to the piece feeds into this particular debate about objectivism and subjectivism:

It seems that this expanding field will not stop growing in the foreseeable future. As more traits – not just facial, but in body and behaviour – are found to correlate with attractiveness, our picture of the biological basis of beauty will become more filled out, perhaps to the point where it can compete with the widely-held cultural view of individual, subjective aesthetics. This exciting new discipline is pushing the boundaries of what science can and cannot tell us about the way we see the world around us, telling us that beauty is not in the eye, but in the specific adapted cognitive modules of the beholder.

So do these theories (facial markers, symmetry, hormone levels, neoteny, biological mechanisms etc) mean that the ideas of beauty are based in concrete objects, that they are, indeed objective?

All told, it is no wonder that philosophers are split on objective vs subjective. It seems it might well be a case of being both, but without anyone being able to put their fingers on it!

What do YOU think? 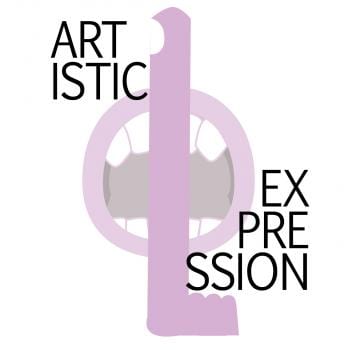 Nonreligious
The Task Of The Revolutionist Creator
A Tippling Philosopher