Conservative government’s disgusting approach to science and knowledge in Canada

Ever since hearing about the Tory government in Canada the other day from Peter, a Canadian commenter, I have been shocked to think that the Canadian government has been doing some insanely immoral dastardly things since it has been in power entirely unbeknownst to me! I came across this Huff Post Canada article and felt I had to repost this. Man, how do we put pressure on an entire G7 government to tell them to stop being such morons? Science denialism and muzzling intellects is not something we should expect from a country with ostensibly a good name.

Science Cuts And Muzzling In Canada: How Conservatives Reshaped A Discipline

The often antagonistic relationship between the governing Conservatives and Canada’s scientific community turned acrimonious soon after the Tories won a minority government in 2006 and made the key decision later that year to marginalize the Office of the National Science Advisor.

The office, created in 2004 by the Liberal government of Paul Martin and led by Arthur Carty, was intended to provide independent expert advice to the prime minister on matters of national policy related to science, ranging from nanotechnology, high energy particle physics and ocean technologies to climate change and the environment.

Carty, who did not wish to be interviewed for this story, was well suited for the role. He had served 10 years as president of the National Research Council and 27 years in the chemistry department at University of Waterloo.

“It was an exciting experience to be there because, for the first two years, we were actually advising the prime minister,” said Paul Dufour, former interim executive director of the office.

When the Tories came to power under Stephen Harper, the office, which cost about $1.5 million a year to operate, was shuffled out of the Privy Council Office – the department responsible for providing advice to the prime minister – and folded into Industry Canada.

“[That] was where things kind of started to devolve instead of evolve,” Dufour said.

Soon after the election, the Tories signalled that significant changes would be made in areas where science and policy intersected, beginning with the Kyoto Protocol, the legally binding agreement on reduction targets for greenhouse gas emissions, which the Liberals had signed in 1997. The Tories proceeded to cut funding for several climate-change programs, including the One Tonne Challenge, a $45-million Liberal program that encouraged Canadians to reduce emissions. The Tories would eventually withdraw Canada from the Kyoto accord.

Announced by Harper in 2007, the strategy, called “Mobilizing Science and Technology to Canada’s Advantage,” marked a major shift away from scientific goals to economic and labour-market priorities. The strategy established three priorities for science in Canada: to make the country a magnet for skilled people; to translate knowledge into commercial applications to generate wealth; and to lead developments that generate health, environmental, societal, and economic benefits.

Then, in early in 2008, Harper announced the elimination of the Office of the National Science Advisor. At the time, the prime minister described Carty as “an eminent Canadian who voluntarily took his retirement,” according to a transcript of the House of Commons debates.

Carty told a much different story when he appeared a month later before the standing committee on industry, science and technology, where he was called to testify about his tenure.

“I want to make it unambiguously clear that I conveyed my intention to retire from the public service only after I had been informed that the office was being closed,” he told MPs.

Conservatives on the committee grilled Carty on his expense claims but asked few questions about his tenure.

“It was pretty nasty,” said Dufour, who attended the committee meeting. “It was pretty ugly, and it got very political, very quickly.”

The elimination of Carty’s office marked the beginning of what critics describe as a systematic reshaping of scientific inquiry and research in this country by way of budget cuts, censorship, message control and intimidation.

Many believe these changes are being driven by ideology and the federal government’s pursuit of economic growth without regard for environmental consequences.

Ottawa says it wants to push a science agenda that offers an immediate return on investment, while budget cuts are simply part of a broader belt-tightening that affects all departments.

The Huffington Post Canada series “Stifling Science” will examine the plight of federally funded research in Canada and the changes that have occurred during the past seven years.

“It’s like literally standing there and having somebody punch you in the head many, many times over,” Jeffrey Hutchings, a biology professor at Dalhousie University in Halifax, said about the federal cuts.

“You can sometimes deal with one punch, or a second, but it was like being pounded. I think that’s really how scientists felt in this country and still feel that today.”

Canada still leads the world in some areas of science. In 2011, the country was ranked seventh among countries granting the most patents. Despite its small population, Canada produces five per cent of the global total of peer-reviewed research.

Gary Goodyear, minister of state for science and technology, said the government is focused on “activating” science that can benefit Canada’s economy. Research for research’s sake may not cut it anymore.

“That means getting those ideas published in a [science] paper … so that people can read it, but [also] getting those ideas out to our factory floors, if you will, making the product or process or somehow putting that into the marketplace and creating jobs,” Goodyear said.

“The world has changed and so publishing a paper is a wonderful thing, but I see it as first, maybe second base. The home run is when there’s the activation of the knowledge, the use of the knowledge, to gain, as I’ve said, social or economic benefit.”

Opponents of the government’s outcome- and industry-based approach say it means areas such as environmental, earth and “pure” sciences are suffering because they don’t translate into immediate economic gain.

“In absolute terms, scientific inquiry into things that are related to environmental protection has been fundamentally slashed,” said Green Party Leader Elizabeth May. “Climate science has been decimated. Freshwater research, ozone science… So if you look at the categories of scientific pursuit the government of Canada is responsible for undertaking, there’s been a really significant reduction.”

Canada’s reputation as a country doing first-class science has also taken a significant hit on the international stage since the Tories came to power.

In March 2012, the prestigious science journal Nature condemned Ottawa’s treatment of its scientists and media restrictions.

“Scientists and other visitors from around the globe discovered, to their surprise, that Canada’s generally positive foreign reputation as a progressive, scientific nation masks some startlingly poor behaviour,” an editorial in the issue stated.

That same year, several groups, including the World Federation of Science Journalists, sent an open letter to Harper demanding he unmuzzle federal scientists. Canada received the 2012 Dodo award – given to governments that contribute to biodiversity loss – from the Convention on Biological Diversity Alliance at a UN conference. Canada was also awarded the “Fossil of the Year” award in 2007, 2008, 2009 and 2011 for its poor record on climate change.

“There was a time when Canada always punched above its weight; well, this has changed,” said John Smol, a biologist at Queen’s University in Kingston, Ont., noting that 20 years ago, a Canadian headed up the United Nations Conference on Environment and Development.

There has been widespread condemnation of the government’s approach to science at home as well. A recent report from the University of Victoria’s department of law and the non-profit group Democracy Watch compiled several examples of the muzzling of government scientists.

Information Commissioner Suzanne Legault has launched an investigation stemming from the report and targeting seven federal departments and agencies, including Environment Canada and the National Research Council.

Last year, Environment Minister Peter Kent and Natural Resources Minister Joe Oliver raised more than a few eyebrows when they alleged that “radical” and “foreign interest groups” were trying to undermine Canada’s economic growth, funnelling money to green charities so they could obstruct environmental assessments on oil pipelines and other projects.

Television personality Rick Mercer joined the fray, telling scientists in one of his satiric rants not to take the muzzling personally.

“Times have changed, the days of discussing science and your findings in public, they’re over,” he said. “It is a bygone era, like smoking in the supermarket. This is the new Canada. Thank you for not talking.”

Calvin Sandborn, the professor at University of Victoria who supervised the publication of the Democracy Watch report, said he wants it to shed light on the government’s information-control tactics.

“We’re hoping that will change, that the Canadian government will no longer punish scientists for sharing facts with the public,” he said.

Opposition parties have failed to persuade or force the government to change course. Just last month, NDP science critic Kennedy Stewart (Burnaby–Douglas) introduced a motion in the House of Commons asking the government to acknowledge that “public science, basic research, and the free and open exchange of scientific information are essential to evidence-based policy-making.”

The motion said federal government scientists must be allowed to discuss their findings with the public and that the government should continue to support basic scientific capacity, including extending funding to the Experimental Lakes Area (ELA) research facility in northern Ontario that is credited with helping to address North America’s acid rain problem in the 1970s and 1980s. Government funding for ELA ended in March.

Conservative MPs were unanimously opposed and the motion was defeated.

“It’s a real clash of ideologies,” Stewart said. “Science is about finding the truth … through [the] rigorous use of scientific method or peer review.

“It often makes you uncomfortable, because it challenges your belief systems,” he said. “I think that that perhaps makes this government uncomfortable.”

The Huffington Post Canada series “Stifling Science” will examine the plight of publicly-funded science in Canada and the changes that have occurred during the past seven years under the Harper government. This is Part One of Four. Click here for the full series. Melissa Mancini is a student in the journalism program at University of King’s College and worked on this series in partnership with The Huffington Post Canada.

May 18, 2013
Oldest Evidence of Split Between Old World Monkeys and Apes: Primate Fossils Are 25 Million Years Old
Next Post

Nonreligious
A Letter to our Leader
A Tippling Philosopher 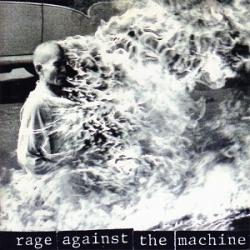