Christianity is Not Great update

Below is the latest chapter outline for John Loftus’ new book Christianity is Not Great for which I am contributing a chapter on morality. I have finished it and it has now been sliced and diced for size (aah, the joy of editing).

Christianity is Not Great, edited by John W. Loftus

Introduction: An Overview of the Harms of Christian Faith.

Part One: Why Faith is Harmful:

1) The Failure of Christianity and Triumph of Reason, by Robert G. Ingersoll

2) The Folly of Faith: The Incompatibility of Science and Christianity, by Victor J. Stenger

4) The Crusades and the Inquisition, by Jack David Eller

6) Colonization and the Wholesale Destruction of Indigenous People Groups, by Jack David Eller

7) Christianity and the Rise of American Democracy, by Richard Carrier

8) The Ugly Truth: Christianity and Slavery, by John W. Loftus

11) The Dark Ages, by Richard Carrier.

13) Christianity Can Be Harmful To Your Health, by Harriet Hall.

14) The Christian Abuses of the Sanctity of Life, by Ronald A. Lindsay.

15) Christianity and the Environment, by William Patterson.

16) The Cultural Wars, by Ed Brayton.

17) The Harm of Christianity to Women, by Annie Laurie Gaylor.

18) Women of Color Beyond Faith, by Sikivu Hutchinson.

19) The Psychological Harms of Christianity, by Valerie Tarico and Marlene Winell.

22) Christianity’s Lack of Concern for Animals, by John W. Loftus.

24) Only Humans Can Solve Human Challenges, by James A. Lindsay.

25) Living Without God, by Russell Blackford. 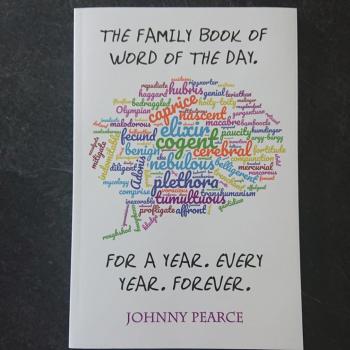 Holidays!
I am off for a week to the Isle of Wight and...
view all Nonreligious blogs
What Are Your Thoughts?leave a comment
Copyright 2008-2020, Patheos. All rights reserved.