The government are continuing to look into the Islamification of certain schools in the Birmingham area as I reported (from the BBC) before. Here, the anti-terrorism unit has got involved. This is close to my teaching and secular heart (from the BBC again):

A former counter-terrorism unit head has been picked to oversee an inquiry into 25 schools in Birmingham over allegations of a hard-line Islamist takeover plot. 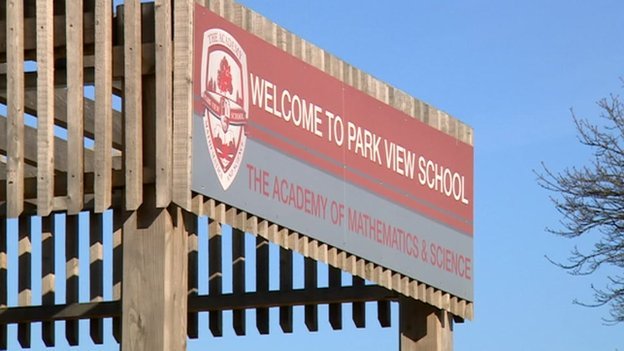 Peter Clarke, the ex-head of the Metropolitan Police unit, has been appointed by the Department for Education (DfE) to review the evidence.

Birmingham City Council said it had more than 200 reports over its inquiry.

Anonymous claims were made in a letter sent to local authorities last year.

The so-called “Operation Trojan Horse” letter was apparently written by someone in Birmingham to a contact in Bradford.

Explaining the appointment of Mr Clarke as education commissioner, Education Secretary Michael Gove said: “I have already asked Ofsted to inspect a number of schools of concern and these investigations are ongoing.

“These allegations need either to be substantiated and firm action taken, or to be shown to be baseless.

“We cannot allow uncertainty for parents or pupils to persist.”

The schools being looked at include primaries, secondaries and academies.

The DfE said Mr Clarke would work closely with the city council, which has appointed former head teacher Ian Kershaw as its chief advisor.

April 16, 2014 Christianity is not responsible for science (part 2)
Recent Comments
2 Comments | Leave a Comment
"You really are a denier of truths. Anyone with an open mind can search and ..."
Linda Abortion: The Human/Human Being Distinction
"You would need to limit that to people who actually hold deontological views and not ..."
Verbose Stoic Morality: Consequentialism and Coronavirus
"“Once people decide to actually think, they can't really help but to lose most or ..."
John Nutt Pearced Off! – Doxastic Voluntarism
"To clarify IF we was living in a world created by the Christian God, it ..."
John Nutt Pearced Off! – Doxastic Voluntarism
Browse Our Archives
Follow Us!

Nonreligious
Humanists in Fight for Right to Perform Nonreligious...
A Tippling Philosopher