My zombie book – the progress

I wrote a post some time back which detailed my plans on writing a zombie fiction book which should hopefully include a good deal of philosophy. Well, here is a rough prologue to the book (called Survival of the Fittest – Metamorphosis) which I posted some time ago. I am now 70,000 words through the project, which will likely finish between 90,000 and 100,000 words.

I am planning on it being a series of books if readers give a stuff and buy it… I hope to thread ideas of philosophy, religion, morality and whatnot throughout the books, but not in a way which makes you think characters are obviously this way or that, but leaves the reader with a sense of grey (at least some of the time). This is what is intriguing about The Walking Dead on TV: the characters have to navigate through difficult moral dilemmas, often giving the viewer a sense of unease.

Anywho, just thought I’d update peeps with giving this progress report. I would hope to have it finished by the end of spring. Bring it on! 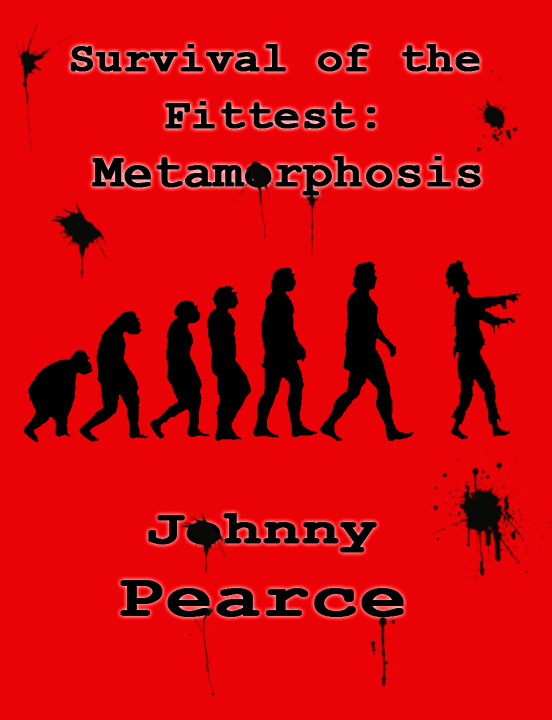 I remember the days of using power without any second thought. The glory of a guilt-free consumption of an abundant and painless resource. To think that listening to music is now such a guilty pleasure, and one that involves blood, sweat and tears. Literally. How easy life was! No, really, how easy… Everything is so close to being normal, and yet so far. I can see a television in the corner of the room, and yet it is useless. A sewing machine – redundant. An empty packet of biscuits – like gold dust. A dated newspaper – a stark reminder of Before.

It’s easy to be nostalgic. Everything in sight, inside and out, shouts of Before. Every day is full of wishing for the past; of moving around living museums; of memories that ebb and flow and then slowly begin to fade. That’s why I want to write this. I’ve crossed the bridge from Before to Post. I’ve lived them both, and there’s not too many left who can claim that. Well, not many who can write.

I’m not angry. Not any more. And who do I have to be angry with? I just find it a little bit annoying that those without the Stain are the ones carrying all the pain. We were all hoping that it would all be over with, but a year and a half later and the Stain has only slightly faded.

He lifted the pen from the paper, a crisp pad of lined A4 sheets. His wrist was certainly not used to the arduous task of committing ink to paper. He hadn’t written this much since he had been at school and that was… He calculated some fourteen years previously. This then triggered a wave of memories of laptops and electricity, cups of tea and endless hours spent surfing the internet. Memories of normality.

Waggling his hand and fingers about, he proceeded to look at his watch, something which still worked thanks to the stash of batteries he had requisitioned from a jewellers last year. Five-thirty and almost dark. He had been struggling to adequately see his writing as it was. It was time to stop, before They arrived. Which they would if he had a lamp up here to light up any more of his penmanship. Food waited for him in the cellar. Safe, if not particularly warm.

He put the lid back on the rather elegant fountain pen. I wonder when another new fountain pen will get made? Fifty, a hundred, two hundred years? Placing the pen next to the now closed pad of memories and cascading thoughts, he stood up, pushed in the chair and moved to the stairs. He had been in the study on the top floor of the house. A large window provided quickly-dimming light which burnished the top of the stairs with dying hope, losing out to the creeping darkness of the lower floor. He managed a furtive, yet habit-driven, glance out on to the field outside the house, checking for anything untoward. There were always untoward things to check for. Most of his days were spent giving sideways glances, life-saving looks behind him. Everyone did it. You had to. To survive. Those who didn’t, didn’t. A perfect example of an evolutionary behaviour. The fields were safe, it seemed: no sign of movement, only the dying sun giving off its final shards of light, slicing through the naked trees, before resurrecting on the morrow. It had forced its way through a break in the low hanging, grey clouds which blanketed the countryside for most of the view. It would rain soon.

He trudged downstairs, building up the enthusiasm for a meal of tinned vegetables and tinned meat. Once at the bottom, he walked to the front door. It was a homely wooden front door, since the house was an old farmhouse set on its own amongst a number of fields to one side and a small wood to the other side. The wood to the right of the front door, as he looked out of the window next to the door, unnerved him somewhat. It’s never good to have so much of your field of vision blocked by a dark gathering of trees. The fields offered ample warning of anything approaching. The farmhouse stood at the top of a gentle rise in the undulating landscape and the several fields to the left rose to another hill some half a mile away or so. But the woods – so close, even if they weren’t the biggest to negotiate. Anything coming out of there would offer the farmhouse little in the way of advance warning.

He checked the lock. Secure. Moving down the low-ceilinged corridor, he walked past the living room and dining room to the kitchen. Next to the kitchen door was a low door that led to the cellar. Everywhere else in the house was near-dark. From the cellar, without windows, candle flickering escaped. He closed the cellar door behind him as he stepped down the wooden set of stairs to be greeted by the simple dining room table, which had emigrated to a safer environment, set with meagre plates of food. He looked to the two other people sat at the table expectantly.

“You OK?” asked the woman, a frown of concern on her face.

“Sure. Thanks for doing the food. Sorry, I was getting into my writing there.”

“A right Ernest Hemingway or even Jack Kerouac there!” added the third person in the room, a man in his middle forties, balding, with wire-rimmed glasses.

“We’ll see. Actually, it’s hard to see what kind of writer I’ll be with an audience of two.”

“You never know, the others know where we are, they could arrive at any moment. You might over double your audience,” said the woman, brushing aside her shoulder-length, newly cleaned hair. The benefits of a stream running alongside the farmhouse. Thankfully, shampoo doesn’t go out of date.

“Hope springs etern-“ but the spectacled man’s voice was cut short by the sound of an urgent banging on the door. Banging with a purpose. All three stood up immediately, the woman moving to the side of the cellar and picking up a shotgun and a satchel, throwing the satchel hastily over her shoulder. The balding man grabbed a motorbike jacket off the back of his chair and fastened it tightly, as quickly as he could. He patted the thick padding reassuringly. Meanwhile, the man who’d entered the room last span on his heel, jogged back to the stairs, picking up, on his way, a baseball bat that was lying against the wall.

As they ran as quietly as possible up the stairs, the banging continued, frantically. Cut the noise down, for Chrissakes! The writer, first in line, opened the cellar door with minimal sound, turning to see the woman following him and the other man move into the kitchen to get his motorbike helmet. As the writer reached the door, the banging got louder. He knew that the banger would be Normal with that kind of purposeful behaviour. He pulled the curtains aside at one of the windows which conveniently banked the door. Rain had started and the window was spattered with heavy drops of winter rain. However, he could still make out the person on the other side.

“It’s Fran!” he urgently whispered to the woman behind him who already had her gun raised, a panicked look on her face. He unlocked the door quickly to be greeted by a distraught and dishevelled woman of about twenty in jeans, combat boots and a thick, black leather jacket. Her hair was matted and wet, though he could not tell whether it was as a result of rain or sweat. She had her head turned partially to the back, and to the side, showing a cut to her right cheek, almost from her eye to her mouth, in a vicious crescent. It wept dark, viscous blood. The writer followed her gaze through the gathering rain. Towards the woods.

February 15, 2015
Dealing with replies to my free market skepticism posts
Next Post 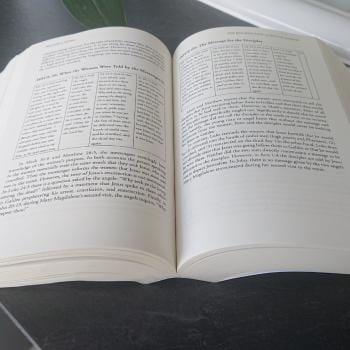