Which Qu’ran, Mecca or Medina?

This is an excellent succinct synopsis of the issue of contradictions and abrogation in the Qu’ran. The Qu’ran can be broadly split into two based on when and where the revelations took place. This article is reblogged with kind permission from Beyond the Cusp – thanks! This is a quick synopsis for those of you who are unaware of things Qu’ranic:

The Quran as we know it today is in reality two quite different books. The older Quran was written in Mecca while the later Quran was written in Medina. This lead some scholars, both Muslim and non-Muslim, to refer to the Quran by its two parts, the Mecca Quran and the Medina Quran. Both were transcribed as told by Muhammad to a scribe, as Muhammad was illiterate as were a majority in his day. A majority of the Surah in the Quran were written in Mecca with the rest written in Medina. The problem is that the Surah in the Quran are not placed in chronological order, but are ordered as shown here, along with the city of origin of each Surah. This will have importance later in this article. By not ordering the Surah in their chronological order one must refer to the Hadiths and other Islamic texts to discern the original order as Muhammad received his visions from Allah. This added to the secretive mystery that was spun around the Quran making its reading less straightforward to non-Muslims.

The Mecca Quran was all about tolerance, tranquility, spirituality, acceptance, and inner cleansing through submission to the word of Allah. This earlier part of the Quran also dictated many of the rules that individual Muslims must perform and abide in their day-to-day lives. In my most humble opinion the Mecca Quran formed a basis for a religion that bridged some of the gaps and controversies between the Christians and the Jews. Where Christians no longer followed much of the Rules of Kashrut, the Jewish dietary laws, the Quran reinstated many of these laws. But in the Mecca Quran the idea of an eye for an eye was replaced by a more Christian philosophy. In many ways I see the Mecca Quran as an attempt at a compromise that would appeal to those Jews who found merit in the Christian teachings but refused to release from Jewish traditions while also appealing to those Christians who were not totally comfortable with having left so much of Judaism behind. Either way, Muhammad set about to preach his revelations and gain converts, mostly from among Christians and Jews. The major obstacle in Muhammad’s efforts was that times were economically very good and most people were quite content with their current way of life. When people are happy and things are going well, people are usually not open to change as change may upset the balance or whatever that gives them this comfort and wealth. With time, Muhammad became more vocal as he was probably very frustrated that so few were willing to accept his preaching of Allah. This lead to his being forcefully requested to depart Mecca. So, he and his core converts to Islam made their way to Medina.

Undaunted, upon his arrival in Medina Muhammad continued his preaching and search for converts. Initially Muhammad abided by the peaceable and tolerant words of the Mecca Quran. Early in the Medina period, the life for Muhammad and his followers was difficult as they faced a shortage of food as they had yet to become financially solvent within the society of Medina. This was resolved when Muhammad not only allowed for the raiding of the trade caravans, but blessed the actions and praised the raiders. This naturally upset many of the merchants who were dependant on these caravans for their livelihood. This combined with the rejection of the teaching proselytized by Muhammad by much of the Jewish tribes in Medina gave way to escalating violence. This conflict escalated finally leading to the attack by the forces of Muhammad upon the Banu-Nadhir Jews. During this period Muhammad started to reveal the parts of the Quran from Medina. He had originally ruled that Muslims prayed facing Jerusalem, but the opposition from the Jews had him replace Jerusalem as the center of faith to Mecca. His newer revelations were more violent and had the Jews as the primary focus of this violence. This Medina Quran also incorporated much of the moral blessings of violence and caravan raiding taken from the Arab tribes who thrived on these ventures. This lead to many of these tribes adopting this newer form of Islam as dictated by Muhammad thus supplying Muhammad with a sizeable army at his command.

These were the pressures and societal conditions that lead to the differences between the Mecca and Medina portions of the Quran. While in Mecca Muhammad enjoyed the shared wealth of his clan and his tribe. Living an easier life his writings were more inclusive and passive. After being forced from Mecca and taking up his new residence in Medina, Muhammad no longer had the clan and tribal support and was on his own. This harder reality affected his writings, which became more assertive and violent. The importance here is that Muhammad ruled that if a later Surah contradicted a previous Surah, then the most recent and newer Surah was the true word of Allah. This is why figuring out the chronological order of the Surah is so essential to understanding Islam. It is also why one must read the whole Quran and not listen and decide matters only on quotes of individual Surah. The fact that Surah exist that have opposite intent and meanings should be noted so one can discern the validity of each Surah. If one is quoting from the Mecca Quran and there is a contradicting Surah in the Medina Quran, then the quote is no longer valid. Where much of the rituals come from the Mecca Quran along with the calls for tolerance and peace, the more exclusionary and violence condoning Surah in the Medina Quran negate the peaceful intention of the Surah from the earlier Mecca writings. This is why one must be careful when accepting as fact anybody’s quoting of the Surah of the Quran.

Perhaps some day a scholar will write a version of the Quran with the Surah in chronological order with footnotes to denote which Surah have been superceded by later Surah. Until then we are left to research these discrepancies ourselves. Not an easy task, but a necessary one if we are to understand Islam and Muslims. 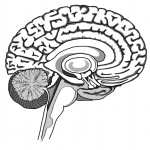 June 25, 2015 Oh dear. William Lane Craig and his bizarre triality...
Recent Comments
7 Comments | Leave a Comment
"Whether Biden or Trump won the election, whether there was actually widespread fraud or not, ..."
Jonathan MS Pearce Reflections on the UK Local Elections
"I was referring to the fact that he does make lucid, though poorly reasoned, comments, ..."
Geoff Benson Election Fraud!
"'Don’t try to prove that someone wants to stop the “audit.”'Don't tell me what to ..."
eassa Election Fraud!
"Leviticus 19:15Do not pervert justice; do not show partiality to the poor or favoritism to ..."
WCB On Ridiculous Christian Apologetics, and Whether ..."
Browse Our Archives
get the latest from
A Tippling Philosopher
Sign up for our newsletter
POPULAR AT PATHEOS Nonreligious
1