The question for this post is: Belief in God, theism or atheism? Here are the results:

One might be inclined to leave it at that. It’s pretty simple, right? The obvious observation is that most philosophers are atheist. Most people who spend a lot of time deeply thinking about things and stuff and ideas and concepts conclude that God is indeed an idea or a concept in people’s minds. And nothing more. God has no ontic reality. God doesn’t “exist”.

But I don’t want to leave it there because the devil is in the detail and looking more closely at the figures can lea to some more interesting questions. The subjects of this survey were professional philosophers and graduates around the world. However, for those who know philosophy well, being the study of, well, everything, one normally has to specialise. Thus the subjects of the survey cover the whole gamut of philosophy disciplines: morality and ethics, religion, abstracts, science, maths, epistemology, consciousness and so on. The list is long. The key to this list is the philosophy of religion.

Adriano Mannino considers the question in a post at the group blog Crucial Considerations. Of these figures, he writes:

On the face of it, there are two hypotheses which could explain the data, one of them worrying for atheists, the other less so:

He then makes use of the results of the data from the study by Helen De Cruz (VU University Amsterdam) of why philosophers of religion went into that field and how their beliefs concerning theism and atheism changed over time. He ends up concluding that the evidence is best explained by the “selection bias” hypothesis. He says:

Moreover, there are more philosophers of religion updating their beliefs toward atheism and agnosticism than toward theism, so we can reject the hypothesis that although there is a strong selection bias, expert knowledge favouring theism is still reflected in the fact that philosophers of religion convert more often to theism than to atheism/agnosticism while acquiring expertise in the field. The numbers show that the ratio of theists to atheists/agnostics declines with exposure to philosophy of religion.

From Mannino’s original post, I will take an extended quote which very nicely sums up the state of affairs (in a different colour to retain formatting):

To draw further conclusions concerning the two hypotheses we need more empirical data, as the 2009 philsurvey does not contain sufficient information to determine their truth or falsity. Helen De Cruz’s study, however, contains qualitative data on why philosophers started doing philosophy of religion as well as quantitative data on how their beliefs concerning theism and atheism developed over time. This is exactly what we need.

Motivation for doing philosophy of religion: The study brings to light three main reasons for doing philosophy of religion. The most prevalent is described by the author of the study as “faith seeking understanding”, religious people who want to better understand their own belief. The second frequently cited reasons was Proselytism and witnessing: many philosophers of religion felt that doing philosophy of religion was part of their calling as religious people. One philosopher for example wrote: “My religious commitment helps to motivate some of the work I do (part of which involves defending and explicating Christian doctrine)”. The third most cited reason was a fascination with religion as a cultural phenomenon. These results give some support to the selection bias hypothesis, but since the study does not contain the numbers for each of these responses it is too early to tell.

belief revision to atheism or agnosticism: 11.8%

change, but not attributed to philosophy: 8.1%

Moreover, there are more philosophers of religion updating their beliefs toward atheism and agnosticism than toward theism. This seems to weaken the hypothesis that although there is a strong selection bias, expert knowledge favouring theism is still reflected in the fact that philosophers of religion convert more often to theism than to atheism/agnosticism while acquiring expertise in the field. The numbers show that the ratio of theists to atheists/agnostics declines with exposure to philosophy of religion.

This verdict is confirmed if we look at the percentage of theists who report that exposure to philosophy of religion tempered their beliefs and the percentage of atheist who reported a tempering of their beliefs. Of the theists, 33.7% reported a tempering influence, whereas only 10.3% of the atheists reported a similar influence. In other words: a higher proportion of theists become less sure about beliefs such as taking the Bible to be literally true, accepting the Fall, regarding Catholics as heretics, etc. than atheists who become less sure about aspects of their atheism or more appreciative of theist views.

Despite these statistical conclusions it is still possible that most theists remain theists due tostrong arguments for theism, and those atheists/agnostics who convert to theism do so for the same reason, while conversion to atheism/agnosticism happens due to weak arguments. This may be very implausible, but it is an epistemic possibility.

I think this is really important information to bear in mind as the “most philosophers of religion are theists” card is very often played in answer to the philpapers’ stats.

I can well imagine that people getting into POR might well be seeking to post hoc rationalise their positions, and it is interesting that there is a net move away from theism within the discipline. 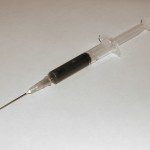 Nonreligious
The Necessity of Atheism
A Tippling Philosopher