Quote of the Day – Bruce Gorton on multiculturalism

This comment from Bruce Gorton came on the “Flabby” Liberalism thread a few days back. There is lots to think about and argue over in his comment. Good stuff:

I think the thing is to ditch multiculturalism. Okay I look at it from a South African perspective, which alters my view due to Apartheid.

The whole point to Apartheid, was the idea of separate development – with one of the arguments used for it being the idea that Western culture was ‘polluting’ African and vice versa.

We as a species need excuses to remain opposed to each other – we build religions, we build races, we build nations, we build cultural identities because our natural instinct is to see another human being and see a human.

And that is hard, because when we see another human suffering we want to help – and so to avoid the effort we call that human being a ‘Muslim’ or ‘black’ or ‘female’ or ‘gay’.

We don’t need to protect the barriers that exist between us. Most of culture, most of tradition is devoted not to the furtherance of our wellbeing, but to maintaining the importance of the imam, the chief, the priest and the politician.

Helping each other is what sets the world free, it builds a feedback loop that improves our ideas, that gives ‘us’ without a ‘them’. It empowers all of us, and that is scary for the already powerful.

We have been very good at self-criticism, and with that criticism we have grown stronger, but everyone needs to be in on the conversation in order for everyone to be free.

The more I read this, the more I love it. THIS is philosophy. Challenging ideas, trying to work out a rational way forward for the better of humanity. Come on readers, let’s discuss this! Is there anything wrong with celebrating differences? Does this perpetuate an in-group / out-group, us and them, mentality? 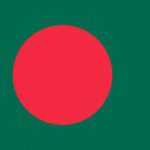 March 29, 2016 Bangladesh court upholds Islam as religion of the state
Recent Comments
0 | Leave a Comment
Browse Our Archives
get the latest from
A Tippling Philosopher
Sign up for our newsletter
POPULAR AT PATHEOS Nonreligious
1