Morality is a tricky subject that remains unsolved as a philosophical puzzle. One issue that is pertinent for Christians is how heaven and hell play, psychologically speaking, with any moral evaluation, and thus with any moral action. Indeed, there was a chapter I once read somewhere (but I cannot remember where…) that elucidated on this point.

This two-pronged emotional blackmail, if believed in any sort of way by the theist, sits looming over any moral scenario. What I mean by this is that if a Christian, for example, is deliberating over a moral decision, they cannot extricate themselves from the personal consequences of such a decisions such that the choice becomes more about themselves than anyone or anything else. The notions of heaven and hell are so finely interwoven within the human psyche, and so powerful, that moral evaluation for such people can never be done in proper isolation, and without the influence of those concepts. Moral evaluation, in a sense, is never done for the sake of mere morality alone, but is always, whether the agents realise or want it themselves, seen to some degree in terms of heaven and hell.

If every action I made in every day life was to be a factor in the judgement of whether I deserve heaven or hell, then such decisions end up becoming rather self-serving. 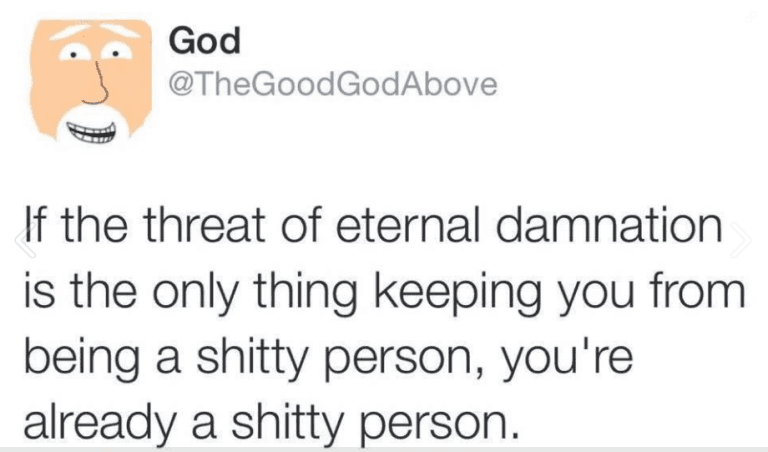 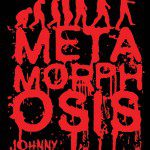 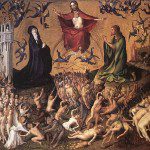 May 9, 2016 Daily Mail: Is religion about to die out?...
Recent Comments
0 | Leave a Comment
Browse Our Archives
get the latest from
A Tippling Philosopher
Sign up for our newsletter
POPULAR AT PATHEOS Nonreligious
1

Marjorie Taylor Greene Is Pregnant And...
Laughing in Disbelief
Books by This Author Books by Jonathan M. S. Pearce

Nonreligious
The Dependence of Biblical Law Codes on Ancient...
A Tippling Philosopher