Study Shows People of No Religion Outnumber Christians in England and Wales May 24, 2016 Jonathan MS Pearce

The Guardian’s front page news headline today is happy news for those nonreligious of us. I even heard it on local radio this morning:

The number of people who say they have no religion is rapidly escalating and significantly outweighs the Christian population in England and Wales, according to new analysis.

The proportion of the population who identify as having no religion – referred to as “nones” – reached 48.5% in 2014, almost double the figure of 25% in the 2011 census. Those who define themselves as Christian – Anglicans, Catholics and other denominations – made up 43.8% of the population.

“The striking thing is the clear sense of the growth of ‘no religion’ as a proportion of the population,” said Stephen Bullivant, senior lecturer in theology and ethics at St Mary’s Catholic University in Twickenham, who analysed data collected through British Social Attitudes surveys over three decades.

“The main driver is people who were brought up with some religion now saying they have no religion. What we’re seeing is an acceleration in the numbers of people not only not practising their faith on a regular basis, but not even ticking the box. The reason for that is the big question in the sociology of religion.”

The report did not examine data from Scotland or Northern Ireland. Last month a Scottish Social Attitudes survey found that 52% of the population said they were not religious, compared with 40% in 1999.

In Northern Ireland, which has long been the most religious part of the UK, 7% said in the 2011 census that they belonged to a non-Christian religion or no religion.

The new analysis will fuel concern among Christian leaders about growing indifference to organised religion. This year the Church of England said it expected attendance to continue to fall for another 30 years as its congregations age and the millennial generation spurns the institutions of faith.

Some 40% of people raised Anglicans and almost as many raised Catholics now identify as “nones”. Anglicans lose some 12 followers for every one they gain, and Catholics lose 10. In fact, Catholics are far more likely to attend church once or more a week. The article continues:

London’s “nones” rate as the smallest percentage, at 40%, which is in some sense understandable given the cultural mix there, from immigrants (both long and short term).

Wales has the highest proportion of nonreligious. Half of Christians in the data are over 55, whilst 58.5% are women.

The Guardian states the report’s author, towards the end of the article, as saying:

A spokesperson for the Church of England said: “The increase in those identifying as ‘no faith’ reflects a growing plurality in society rather than any increase in secularism or humanism. We do not have an increasingly secular society as much as a more agnostic one.

“In a global context, adherence to religion is growing rather than decreasing. Christianity remains the world’s largest religion with over 2 billion adherents. In the UK the latest census found the overwhelming majority of people to have a faith.” 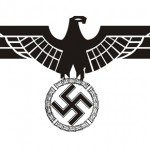 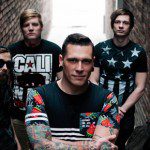 May 24, 2016 Deconversion Facebook Post from Lead Singer of Christian Band, Order of Elijah
Recent Comments
0 | Leave a Comment
"Oh, oh. I guess you're going to hell, too."
C Peterson Some Early Endorsements
"Somebody mentioned on a Catholic blog I frequent that some guy claimed I trolled his ..."
Neko What Does Jesus Say about the ..."
"Here's a very interesting take on today's Retrumplican/QAnon madness, from a game designer:https://medium.com/curiouse...I am a ..."
Raging Bee The Nonsense in Spades We Are ..."
"I no more need to solve "the theodicy problem" than you have to provide an ..."
eric All the Options to Explain Suffering
Browse Our Archives
get the latest from
A Tippling Philosopher
Sign up for our newsletter
POPULAR AT PATHEOS Nonreligious
1

Nonreligious
On Atheism and Beyond: A Brief Reflection
A Tippling Philosopher
TRENDING AT PATHEOS Nonreligious

An Infidel Reads Sūrahs 44 & 46
This is the 38th part of this series, reading The Qur’an; A New...
view all Nonreligious blogs
What Are Your Thoughts?leave a comment
Copyright 2008-2020, Patheos. All rights reserved.