My new fiction book, and yes, I am plugging the shit out of it, is out and getting some great reviews. Four from Four for five star reviews so far, in the UK! Here they are:

5.0 out of 5 stars Realistic and terrifying

Johnny Pearce has done a first class job of describing a rapid descent into anarchy without resorting to hyperbole. The story is the zombie apocalypse as it would happen to you or me; scary, brutal and gripping.
The intertwining of different characters and their story arcs was particularly ingenious; some characters join forces, while some… well, some don’t!
Not everyone is likeable, and as in life, coincidence and luck plays a far bigger part in survival than any cosmic justice. It’s not that nice guys finish last, but when treating your neighbour as you would want them to treat you can lead to your neighbour attempting to chew off your face, you may need to adjust your moral compass.
Of course, given Johnny’s expertise as a philosopher, several important ethical issues are dealt with admirably: the nuances of personhood, euthanasia, rights and responsibilities.

5.0 out of 5 stars Brilliant new take on the Zombie theme

Johno Pearce is a philosopher, who has written many books and lectures on philosophical, sceptical themes. As far as I know this is his first work of fiction. So why choose zombies?
I guess because it enables him to explore how ordinary people react to extraordinary circumstances, and thus to better explore their humanity. He takes a large variety of unrelated people, from a wide variety of backgrounds and lets us get to know them as people in a normal context before in each case seeing how they deal with what for some is a gradual unfolding of the crisis, for others, who for one reason or another have been insulated from its early stages, is a more sudden overturning of their worlds.
It is brilliantly done and leaves the reader looking forward to what I hope will be not too long a wait for the next volume in what could be a classic saga. Thoroughly recommended.

5.0 out of 5 stars Intense, exciting and thought-provoking – quite a combo!

The world around you changes seemingly overnight. The institutions you took for granted; the police, the NHS, the millitary cease to function leaving the country in a state of disarray. What do you do?
That is the question powerfully delivered by the author of this new and exciting book. Johnny Pearce cleverly uses the premise of zombies not for cheap scares or emotionless action but to test the moral fibre of an eclectic mix of characters placed in a situation far beyond their control. It is through these accurately drawn personalities that the fragility of our society is explored, through their actions, that the ethical quandaries that we can too easily shrug off are put under the spot light. The combination of this philosophical examination with exciting, tense and unpredictable story-telling make this book a must-read.
I am eagerly awaiting the next volume in what promises to be an unmissable series.

5.0 out of 5 stars Not the book you might be expecting

I have to confess that I’m not in any way a fan of Zombie films and books. I’ve seen a very few films and, to be honest, felt that they were just an excuse for a bit of a gore fest.

Enter Jonny Pearce. I’ve been following with avid interest Jonathan’s blog for sometime now, and have read a number of his books. His book on free will is one of the few I haven’t actually read, but it has the reputation of being better even than Sam Harris. So when I saw he’d written a Zombie book I was somewhat ambivalent. Not another writer trying to be Stephen King!

I needn’t have worried. The story is, of course, about Zombies, but in reality that is just an illustrative backdrop to Jonathan’s commentary on human emotions and behaviours. There are several completely unlinked (for most of the book) characters, each of whom has a unique story attaching to them. Horrible things happen because it’s a Zombie book, but the important element isn’t in the action and the gore (of which there is much), rather it’s how characters think and behave. I won’t say too much so as not to reveal the plot but you do feel yourself being sucked into the total unreality of the world these characters find themselves in. Intertwined all the way through the book with the characters and their reactions, is plenty of philosophy and I found part of the fun of reading was anticipating where, and what, concept Jonathan was going to introduce next.

I’m looking forward to a sequel.

June 30, 2016 Trump, Christianity and the Religious Right
Recent Comments
0 | Leave a Comment
Browse Our Archives
get the latest from
A Tippling Philosopher
Sign up for our newsletter
POPULAR AT PATHEOS Nonreligious
1 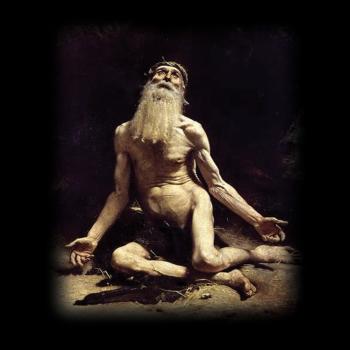