We’re Doing It For Your Own Good!

There is a new political movement in the US. Well, maybe it isn’t new, but it is newly resurgent. The recent Supreme Court decision striking down the abortion-suppression law in Texas is an example. The proponents of that law claimed they were not singling out abortion clinics at all. They were merely trying to safeguard the poor victimized women who were lured into those dens of iniquity.

The Texas Legislature overwhelmingly passed a law back in 2013 that imposed strict regulations on outpatient clinics, requiring them to transform themselves into virtual hospitals, and requiring their doctors to have admitting privileges at a local hospital. Local hospitals were then pressured to refuse those privileges to doctors working in abortion clinics. But honest! It was all just to protect those poor ignorant ladies. And besides, the regulation applied to all outpatient clinics, not just abortion clinics. What they failed to mention was that the regulations were waived for other clinics but not, of course, for abortion clinics. The result was that about half of the clinics performing abortions in the state of Texas were forced to close.

When the Supreme Court struck down those laws, identifying them as harmful to women and serving no useful purpose in terms of patient safety, the politicians in Texas rose up on their hind legs and howled in outrage, claiming that the Court was undermining their sincere efforts to make the clinics safe.

Such hypocrisy must not go unrecognized, and it raises the question: What’s next? I envision a new law in Texas and other states in the Bible Belt that targets bakeries. Bakeries must be clean to protect the safety of customers who buy their products. Of course, all public food purveyors are periodically inspected, but I envision a new set of regulations that require bakeries to maintain scientific clean room standards. Now this will be horrendously expensive and would put most bakeries out of business, but don’t worry…most bakeries will be exempted from the new rules…except for certain ones that bake wedding cakes. And most of them will be exempted…except for the ones that bake cakes for gay weddings. All other bakeries will be exempt.

Now the politicians who pass this law will assure everyone that it is strictly to ensure the safety of the customers of those bakeries, and anybody who questions them will be excoriated for their lack of concern for the public safety. Eventually such laws will be shot down in the courts, but that takes time, and meanwhile many of the targeted facilities will be forced to close, probably never to re-open.

So what will they try next? How about regulations for gay bars and nightclubs, or Wiccan churches and mosques?  They will probably have to be constructed to survive an 8.0 earthquake, a level 5 tornado or some other impossible-to-meet regulations. Wedding chapels that perform gay marriages will be a special target, with requirements to withstand a direct hit by a nuke warhead or an asteroid.

With careful planning, states dominated by evangelical Christians can probably make life totally miserable for anyone who doesn’t conform to their religious beliefs. But it will all be done in the interests of their own safety and health, of course!

It’s the newest wrinkle in religious freedom…freedom to oppress those who do not share your beliefs. There are already laws to “protect” pharmacists who refuse to dispense contraceptives because of their religious beliefs. Some states have passed laws to prevent such oppression, but states dominated by evangelicals are embracing this new freedom. I feel sorry for anyone living in those states who is not a devout evangelical Christian. It’s ironic that the people who prattle about how Christians are “persecuted” by the secular community are the ones perpetrating this persecution.

I am glad that Jefferson, Madison, Paine and other founders of our nation cannot see this perversion of the secular state that they envisioned. It would make them all very sad. They warned us about letting churches get their tentacles into the machinery of the government. But some of us didn’t listen. Or pretended not to hear. 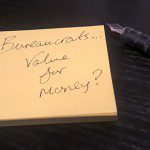 July 1, 2016
On Being More Skeptical of Claims
Next Post

July 2, 2016 Guth, Aguirre and others in Fantastic New Cosmological Video
Recent Comments
0 | Leave a Comment
Browse Our Archives
get the latest from
A Tippling Philosopher
Sign up for our newsletter
POPULAR AT PATHEOS Nonreligious
1