I have recently been reading Galen & Zuckerman’s excellent (so far) analysis of the demographics and sociological state of affairs of nonreligion throughout the world – The Nonreligious. In the short synopses of different geographical regions, one interesting case jumped out: that of Uruguay.

South America, and Latin America, have relatively high proportions of religiosity, but Uruguay, to some degree, bucks that trend. As they say (p.45):

Despite the pervasiveness of Christianity in Latin America, however, secularity is by no means wholly absent. uruguay stands out in this regard. It is “as secular as Switzerland or Germany” and similar to liberal European countries in other respects, as well. [70] It has the highest percentage of religious “nones” and atheists, by far, of any country – “roughly double the share of [religiously] unaffiliated people in any other country in the region.” [71] Nigel Barber reported that “only 4 percent of the population see religion as important in their lives, the lowest in South America.” He attributed this to Uruguay’s distinctive cultural composition – more European than indigenous – and religious history, with comparatively limited ‘Catholic missionary activity due to its small “Indian” population. It has comparatively high per capita GDP and life expectancy; strong healthcare, legal, and educational systems; small family size; low infant mortality; and limited corruption. Constitutional separation of church and state was established in 1917, by which time “divorce had been legalized and religious instruction was banned from state schools.”[72]

Argentina and Chile share some of these characteristics, yet their populations are more religious. Anthony Gill and Erik Lundsgaarde suggest that what is most distinctive (and “European”) about Uruguay is “the extensive reach of the state’s welfare system.”[73] This, they conclude, gives Uruguayans an added degree of personal security which, in turn, reduces dependence upon religious beliefs and services.

Of course, sociologists know of many indicators of secularity or nonreligiousness, such as high education, GDP and security, amongst other things, and as noted above.

It’s useful when you have a discrete geographical area that has enough variation, but also enough similarity, to test individual countries against the sort of “control group” of the others. South and Latin America does this.

I wonder if any Uruguayan reader might happen upon this and cast some opinions. It would be nice to see them leading the way in organised and cultural secularity throughout the region. 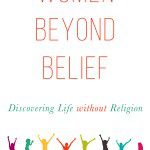 August 17, 2016 Women Beyond Belief - Karen L. Garst
Recent Comments
0 | Leave a Comment
"If you disagree that the rioting is irrational, unethical, and illegal, please defend your opinion."
Gary Whittenberger On Castigating Peaceful Protest
"I disagree with your conclusion that you expressed yourself clearly."
Gary Whittenberger On Castigating Peaceful Protest
"0 for 10."
TheMarsCydonia To Golf Or Not To Golf, ..."
"I don't know what you mean by "continued assault on constitutional secularism".And as I think ..."
Anri 2020 Election Statewide Predictions & Nonreligious ..."
Browse Our Archives
Follow Us!