That SOB sure is worth reading about!

That SOB sure is worth reading about! August 21, 2016 Aaron Adair

[What with summer over, we’ve got to think about the next one: Christmas…

[Just to remind readers that the book I have recently edited, written by contributor Aaron Adair, called The Star of Bethlehem: A Skeptical View. is out now in all formats from a variety of sellers. It is a great book, and one which Richard Carrier has said is “awesome”. Please support our work by buying it! It’ll make an awesome Christmas present! Over to Aaron’s launch piece for those who missed it – JP]

Nearly two millennia ago, a story was told of a wondrous star in the heavens, beaming forth to proclaim the birth of an infant, destined to rule. Coaxing priests from an eastern kingdom to travel in search of this infant, the object led them to their destination and allow for the worship of the savior of the world.

Or so the story goes. But did it really happen, and if so, what was this magnificent star? A comet? An exploding star? An astrological portent? Something more bizarre? These theories and more have been put forward to explain the legend of the Star of Bethlehem, perhaps the most famous celestial light in all of religious literature. Inspiring scientists and theologians to search and fiction authors to write, including the great Sir Arthur C. Clarke, the Star of Bethlehem has been the perennial science story of the holidays. It is a project that finds its roots in the work of the influential astrophysicist Johannes Kepler, and numerous other astronomers have written about the Star over decades and up to today, such as David Hughes, Michael Molnar, Mark Kidger, and the late Sir Patrick Moore. Every year or so a supposedly new explanation is released to the press. Was it Jupiter and Venus or Jupiter and Saturn this time? Or how about the discovery of Uranus? Perhaps a variable star? The zodiacal lights? What other speculation will come about to show that there was a light guiding magi from the East to the birthplace of Jesus?

These speculation should begin to find its end in the newest book on the subject: The Star of Bethlehem: A Skeptical View (Amazon: US, UK, FR, DE). Based on nearly a decade of contemplation and research, this volume seeks to prove that no natural phenomenon, no astrological alignment, no physical interpretation of the Star of Bethlehem is plausible and comports to the story as told in the Gospel of Matthew. In fact, the story likely isn’t historical at all.

Published by Onus Books and including a foreword by astronomer and columnist at Astronomy magazine,Bob Berman, The Star of Bethlehem goes through all of the major theories for the Star as something in nature, including the astronomical, the astrological, and even the alien. The volume also explores the history of these sorts of interpretations and the motivations behind them. Lastly, it is demonstrated that the legend is a literary artifice, one that shows the author of the Gospel to be gifted as a story-teller but not someone interested in science and history as modern researchers are. To continue to look for the Star in the skies is to misunderstand the story.

Exploring the science of supernovae, the mechanical computers of the ancient Greeks, the astrological beliefs and practices of the Persians, and the nature of ancient religious texts, The Star of Bethlehem presents science and history without the need to fit to an apologetic goal.

Praise for The Star of Bethlehem: A Skeptical View:

A fascinating and readable feat of hardcore historical legwork and keen scientific analysis.

—David Fitzgerald, author of The Complete Heretic’s Guide to Western Religion: The Mormons.

Well researched, scientifically reasoned, elegantly concise, this book will long be required reading on the ‘Star of Bethlehem’. Full of fascinating historical facts, and better informed and more careful than any other book on the subject, this should be on the shelf of everyone interested in that legendary celestial event.

—Richard Carrier, Ph.D., author of Proving History: Bayes’s Theorem and the Quest for the Historical Jesus.

The Star of Bethlehem is a concise and rigorous must-read for anyone interested in religion, history, and modern efforts to understand the past.

—Jason Colavito, author of The Cult of Alien Gods.

While the argument that the ‘Star of Bethlehem’ story is a myth isn’t a new one, Aaron Adair—an astronomer and physicist at The Ohio State University—offers a look into the past through the eyes of a scientist, while not once ignoring the value of New Testament scholarship. This is a must-read, and perhaps the definitive, book on this subject.

—Thomas Verenna, co-editor of ‘Is This Not the Carpenter?’ The Question of the Historicity of the Figure of Jesus and undergraduate student at Rutgers University

If you enjoy The Star of Bethlehem, you may also enjoy another skeptical look at the Nativity story of Jesus: The Nativity: A Critical Examination by Jonathan Pearce.

Aaron Adair is a Visiting Assistant Professor at Merrimack College, where he teaches physics and conducts physics education research. He studies and publishes on additional subjects in the history of science and on science and religion, having published in various journals and edited scholarly volumes.

He is the author of The Star of Bethlehem: A Skeptical View, and he blogs at Fleeing Nergal, Seeking Stars. Aaron lives in Massachusetts and is a marathons runner while his legs can hold up.

You can view details of his book The Star of Bethlehem: A Skeptical View here.

This was his first book. Adair may be contacted through his book’s Facebook page and through email. 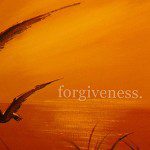 August 21, 2016
Forgiveness and Hell: the Ultimate Inconsistency
Next Post 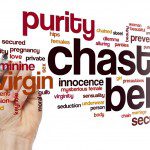 August 22, 2016 Christianity, Virginity and Sex - Guest Post by Karen L. Garst
Recent Comments
0 | Leave a Comment
Browse Our Archives
get the latest from
A Tippling Philosopher
Sign up for our newsletter
POPULAR AT PATHEOS Nonreligious
1 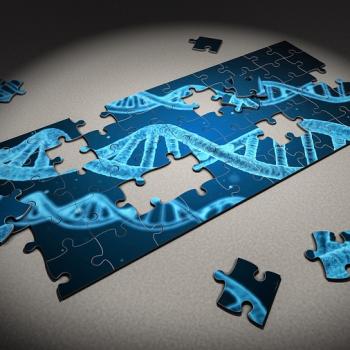 Nonreligious
Pearced Off! #8 - The Kalam and Free...
A Tippling Philosopher

Nonreligious
Debunking CosmicSkeptic Debunking Himself Debunking the Kalam. A...
A Tippling Philosopher
TRENDING AT PATHEOS Nonreligious

Pearced Off! #12 - Nonsensical Theology: Adam, Eve...
I am running a series of the old podcast segments from my Pearced...
view all Nonreligious blogs
What Are Your Thoughts?leave a comment
Copyright 2008-2020, Patheos. All rights reserved.