I was contacted the other day by the Brighter Brains Institute with regard to the humanist work they do with schools in Uganda. I remember reading about them in the New Humanist magazine some time ago and the fantastic projects they are involved in. The BBI mission is as follows:

Brighter Brains Institute (BBI) is a non-profit charitable organization in Piedmont, California that builds and supports humanist orphanages, schools, and clinics in western Uganda. Our projects are near the Congo border, generally in the Ruwenzori “Mountains of the Moon” with the BaKonzo tribe. We serve 3,000+ children.

Humanism advocates the goodness of human beings, and seeks rational ways to solve human problems. Schools we primarily help are secular, with BBI’s humanist lectures taught to the children. (They’re based on The Code for Global Ethics: Ten Humanist Principles). BBI helps 16 schools in the towns of Kasese, Kahendero, Muhokya, Nyakiyumbu, Kyarumba, Buhanga, Kanyenze, and Kisinga. Twelve schools are humanist, five are religious.

Previous projects were funding an indigenous tribe in The Philippines, and producing 12 transhumanist conferences & debates.

That is by way of introduction to this guest piece, and an appeal of sorts, by Kabugho Victorina. Looks a very worthy cause, to me! Over to my guest:

I am Kabugho Victorina, Chairperson of the Buhunga Thulibaghuman Women’s Collective in Buhanga, a rural Ruwenzori village in western Uganda. We are 38 women.

We founded and we direct our Mother Givers Humanist School.

We are humanists. We believe in the Ten Humanist Principles given to us by our friends the Brighter Brains Institute in America. We are happy to read humanist beliefs in the essays sent to us and read in our classrooms.

We Buhanga Women are Humanists because:

* Inter religion conflicts and calling others as HARAM which means unwanted human beings.

Buhanga Women’s Group is one of 12 humanist schools in western Uganda that the Brighter Brains Institute supports, and one of five women’s collectives.

Kind donors have given us chickens, a clinic, lunch food program with goat meat, a new brick classroom with new furniture, a water pipeline, a water tank, books, and they sponsored our 13 orphans.

Brighter Brains Institute gave us our own website here: http://buhangawomen.org

Buhanga still has many needs that we present here and here. We hope other humanists in the world can assist us. 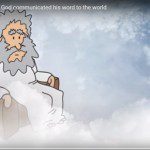 September 8, 2016 A Couple of Jesuses: How errors in the gospels led to multiple messiahs
Recent Comments
0 | Leave a Comment
Browse Our Archives
get the latest from
A Tippling Philosopher
Sign up for our newsletter
POPULAR AT PATHEOS Nonreligious
1