UK Govt Looking to Give Faith Schools 100% Selection on Faith

Theresa May is turning out to be a really bad PM, regressively appealing to the fringe right in the party, some of whom she has put into leadership positions in her cabinet (Liam Fox and David Davis, anybody?).

She has decided that social mobility is just something for liberal lefties, and is, against expert judgement, bringing back Grammar schools. Grammar schools used to be the rage decades ago, and could select children based on academic ability. Hilariously, she has declared that all schools should be able to become Grammar schools. Um, so, theoretically, all schools should be able to turn away children who are not clever enough. So, potentially, and theoretically, we could have an education system where academically challenged children would not be entitled to an education. Sorry, mate, your slightly less educational capacity or attainment invalidates you from being educated from hereon in.

There is something of a backlash even from her own party.

Now, this doesn’t just affect social mobility. In order for grammar schools to have such selective admissions policy, they would have to dismantle existing, fairer admissions selection criteria (I said fairer, but they are far from perfect). Some years back, faith schools (which, in the UK, make up about 40% of schools) were able to select 90% of children on faith, and existing ones still can. But for the last few years, new faith schools, including free schools and academies, can only punitively select 50% faith pupils. This has been a small step forward to ending discriminatory educational selection. In other words, if 100 children applied to a newly built faith school, then the school could only use selective faith admissions policies to ensure 50 were definitely of faith, before reverting to a more pragmatic policy. Admissions criteria work as a descending list of priorities.

So you can see that non-Catholic children, in this example, would be refused admission to a state school on the basis of faith (if that faith school, as most city schools are, was over-subscribed). All children applying to this school would be ordered using the criteria above.

Our example school above would employ the policy to admit the first 50 children, and then the next 50, I assume, would revert to the statutory admissions code, I would have thought. I am wondering whether the school could still massage the code to somehow choose the rest as Catholics, if there were enough since they would ot be able to differentiate the children otherwise. Perhaps it goes to random selection?

Either way, you can see the divisive nature of faith in the state school system.

Because it historically worked so well in Northern Ireland…

The government now, with the proposals, wants to revert back, at the behest of Catholic lobbying, to 100% selection based on faith. So, in the oversubscribed state faith schools in cities and towns across at least England, Catholic schools (for example) would be able to turn away a child of an atheist or Hindu family who lived next to the school on the basis of the faith of their parents.

That’s discrimination for you.

That’s the Tories for you.

The BHA have quickly swung into action as a result of this new stance.

The principle of integrated education is under attack like never before in this country, as the Government today is announcing plans to remove any limitations on the extent to which new religious schools can discriminate against children by religion.

Until now, a 50% cap on religiously selective admissions had been in place for all new ‘faith’ schools – something we had fought for under Labour and had extended under Michael Gove.

But now the Government is pushing for absolute selection by religion, at the behest of lobbying from the Catholic Church and the Office of the Chief Rabbi.

Despite the Government’s rhetoric that this is about ‘choice’, there is clear evidence that ‘faith’ schools in fact worsen social segregation in their local areas and reduce the ability of parents to attend a good local school. In some parts of the country, they make it next to impossible for non-religious parents to send their child to any schools in their local area, often having to travel long distances at great expense during work hours.

The plans are already developed and we don’t have much time to act. We have to be ready to oppose them, to contribute fulsomely to future consultations, and to respond effectively to anything that comes our way in the coming days and weeks. And to do that, we’ll need your help.

To fight off this threat, the BHA needs a broader coalition made up all those who believe that children from different backgrounds mixing, playing, and learning together is a good thing; who feel as we do that discriminating against children by their parent’s religion is wrong; and who oppose the corrosive effect of religious schools in our system.

Please, help us be a force for inclusive education and to fight the progress we’ve made on curbing the worst of ‘faith’ school discrimination by joining the BHA today. We must pull together to defend a vision of Britain that is pluralistic, open, and non-discriminatory. Thank you. 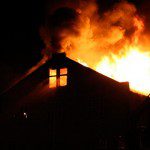 September 11, 2016 Did God Create the Universe from Nothing?
Recent Comments
0 | Leave a Comment
Browse Our Archives
get the latest from
A Tippling Philosopher
Sign up for our newsletter
POPULAR AT PATHEOS Nonreligious
1