The other day, I wrote a piece on the general incoherence of the Holy Trinity from a logical and philosophical point of view, taking into account existence properties and the like. Some years back, on this topic when posting my original pieces, I even got to slugging it out with Andy Schueler against some Catholics on another blog (after they posted about my piece) until the author closed the thread! In this post I want to return to the subject, though to look at it from a theological perspective.

The atonement is an equally perplexing subject, and one which has caused many theological problems and head-scratching in its own right, but when it is (in penal substitution form) used in conjunction with the theology of the Trinity, one or both are rendered incoherent.

Penal Substitution Theory (PST) is the most prevalent of atonement theories. It states that God’s holiness demands that sin must be punished. God must punish man for such sins because God is just, and ignoring them would be ignoring the seriousness of sin. As a result, God sent his son to bear the punishment for man’s sin. Once Jesus has taken on this punishment, God can forgive man whilst keeping his holiness and justice intact.

I could spend time looking at this theory as being illogical, immoral and essentially nonsensical. But I won’t (today). I want to see how it works with Father-Jesus-Spirit 3-in-1 Godhood; the idea that there is this unitary god with three persons, one of which can take on this sin, yet still remain fully divine.

A fascinating exposition of this problem can be read in Loftus’ The End of Christianity in the chapter “The Absurdity of the Atonement” by the late Dr Ken Pulliam from which I derived the ideas for much of this post.

21 But now apart from the Law the righteousness of God has been manifested, being witnessed by the Law and the Prophets, 22 even the righteousness of God through faith in Jesus Christ for all those who believe; for there is no distinction; 23 for all have sinned and fall short of the glory of God, 24 being justified as a gift by His grace through the redemption which is in Christ Jesus; 25 whom God displayed publicly as a propitiation in His blood through faith. This was to demonstrate His righteousness, because in the forbearance of God He passed over the sins previously committed; 26 for the demonstration, I say, of His righteousness at the present time, so that He would be just and the justifier of the one who has faith in Jesus.

The word propitiation (placate, appease, expiate) is vital to the point here. If all three persons in the Trinity are divinely equal in sharing that essential divine nature, then why does only one person, the Father, of the Godhood need propitiating? The Father sends the son to die, and it is the Father’s wrath which is turned away. There is no mention of this appeasement in terms of the other two persons of God. The holiness and justice of these two are not deemed as requiring such penalty.

But if the Christian replies that Jesus does actually need propitiation, despite the evidence, or lack thereof, in the Bible, then how does Jesus propitiate himself? This renders the term and action rather meaningless or nonsensical. To be subject and object of this action is odd. Can Jesus “quench his own wrath by punishing himself” (p.190)? This is made all the more odd when he is punishing himself for something that he/God has designed and created!

If the penalty for sin is, indeed, death, then how exactly does this work? God cannot die. So this death must be for only the human aspect to Jesus, which appears as a concept in early Christianity, ratified by the Chalcedonian Creed. If it was merely this aspect, his humanity, why bother having the incarnation? Why not another perfect Adam-type person? This cannot be a valuable sacrifice precisely because Jesus was God, because nothing about the Godhood died, unless you see Jesus’ nature as being contingent! This would go against the Gospel of John and Christological theology.

Romans 6 refers to spiritual death being the payment for sin. If this is the case, than Jesus somehow spiritually died when he physically died. This means that Jesus was cut off from the Godhood for some time. What an earth could this actually mean? Calvin and Luther thought this was the case:

We do not by all these observations say that Christ did not suffer in a different way from us, and that he was not tortured and dismayed in soul differently from us, or different from what the damned feel in their dread of, and a fleeing from, God. For Christ even in his own eyes was like unto one forsaken, cursed, a sinner, a blasphemer, and one damned, though, without sin. Because it was not a matter of play, or jest, or hypocrisy, when he said: “Thou hast forsaken me:” for then he felt himself really forsaken in all things even as a sinner is forsaken after he has sinned.  [Martin Luther, Select Works of Martin Luther, trans. Henry Cole, (1826), vol. 4, p. 365.]

Nothing had been done if Christ had only endured corporeal death. In order to interpose between us and God’s anger, and satisfy his righteous judgement, it was necessary that he should feel the weight of divine vengeance. Whence also it was necessary that he should engage, as it were, at close quarters with the powers of hell and the horrors of eternal death. We lately quoted from the Prophet, that the “chastisement of our peace was laid upon him” that he “was bruised for our iniquities” that he “bore our infirmities;” expressions which intimate, that, like a sponsor and surety for the guilty, and, as it were, subjected to condemnation, he undertook and paid all the penalties which must have been exacted from them, the only exception being, that the pains of death could not hold him. . . . not only was the body of Christ given up as the price of redemption, but that there was a greater and more excellent price – that he bore in his soul the tortures of condemned and ruined man. [John Calvin, Institutes of the Christian Religion, 2:16:10]

Pulliam also notes more recent advocates of PST claim similar spiritual separation (Charles Hodge and Loraine Boettner). But how can one person of the unitary Godhood be separated from the other two, for even a short time? Orthodoxy surely states that such unity in essence and existence is not possible. Indeed ATB McGowan sees this as a big problem, as it is “the strongest theological argument to be faced by any doctrine of penal substitution” [ATB McGowan, ed., Always Reforming: Explorations in Systematic Theology, (2006), p. 199].

One possible explanation might be that the two/three are ontologically united but experientially separated. Without this being some kind of tritheistic or modal heresy, I am not sure that this can make any sense. For there to be experiential separation, and yet be no breach in the divine unity… We still have the whole issue of having three minds and divine wills, and yet for this not to represent three distinct entities. So really, there is no death, no spiritual death, of Jesus. There is no propitiation. The atonement is invalidated. Or the Trinity. 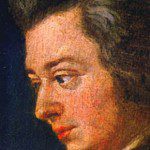 September 27, 2016 Fact-checking the debate
Recent Comments
0 | Leave a Comment
Browse Our Archives
get the latest from
A Tippling Philosopher
Sign up for our newsletter
POPULAR AT PATHEOS Nonreligious
1

Nonreligious
God's Own Free Will
A Tippling Philosopher