I was recently involved in another argument on facebook that concerned politics and religion and then psychology, in the context of myself and Alan Duval putting forward psychological accounts of conservatism and liberalism.

One tack taken by those we were arguing against was to say that psychology was “not a science”. Whilst there are aspects of psychology that don’t sit well with ideals and definitions of science, it is in many senses a science. This article in Psychology Today is worth a read as it is balanced and shows the nuances involved, and in which it is stated:

There can be little doubt that academic psychology values and aspires to be a science, views itself as a science and, in many ways, looks and acts like a science. For starters, virtually every definition of psychology from every major group of psychologists define the field as a science. In addition, academic psychologists have long adopted the scientific mindset when it comes to their subject matter and have long employed scientific methods. Indeed, the official birth of psychology (Wundt’s lab) was characterized by virtue of the fact that it employed the methods of science (i.e., systematic observation, measurement, hypothesis testing, etc.) to understanding human conscious experience. And to this day, training in academic psychology is largely defined by training in the scientific method, measurement and data gathering, research design, and advanced statistical techniques, such as structural equation modeling , meta-analyses, and hierarchical linear regression. Individuals get their PhD in academic psychology by conducting systematic research and, if they want a career in the academy, they need to publish in peer reviewed journals and often need to have a program of (fundable) research. To see how much the identity of a scientist is emphasized, consider that a major psychological organization (APS) profiles its members, ending with the catch phrase “and I am a psychological scientist!” Indeed, mainstream academic psychologists are so focused on empirical data collection and research methods that I have accused them of being “methodological fundamentalists”, meaning that they often act as if the only questions that are worthy of attention in the field are reducible to empirical methods.

The discussion turned to how psychology and the DSM (the Bible of psychological definitions) used to see homosexuality, and how models of political psychology theorise about conservatives and liberals. Interestingly, the conservaties to whom we talked fitted perfectly into the very models we were espousing

These were some of the opinions:

None of their findings are replicable, though, it seems.

Was it a science when homosexuality was classified as a mental disorder? No. Guess not! All relative, isn’t it? Were Freud’s experiments ‘science’?

Alan, this is a little like the Satanic Verses, isn’t it. When the right Angel Gibreel whispers in your ear, the message is sound. When Gibreel is replaced by Satan, the message is false. But how does one know whether it is the real Angel or the false one doing the talking. The right wing psychologists were wrong because they were right wing. We have a new leftist orthodox and their findings are much better. You’ve just caused my faith in psychology to drop another peg. Well done!

Now the science has more lefties (and cultural marxists in particular) in it, science and psychology are a LOT more accurate and impartial. BWAHAHAHAHHAHAHAHA!

Oh because you have a source for ‘right wing’ people in the psychology profession, don’t you? I suppose that you’d object to a psychologist holding onto the idea that a man who thinks he is a woman despite his biology telling him he is a man is not perfectly sane and rational, yes? And that, in fact, the man who said this was abnormal would himself, in your view, be perhaps someone with a pathological problem?

Ah, well that’s where we’re getting crossed wires. Psychology is always, inevitably ideological. The observer and the observed are subject to ideological forces. These forces decide what is observed, how it is observed and it interprets the significance of the observation. You cannot step outside of that. However, you follow the prestige ideology (it’s a smart move) but don’t trick yourself that you’ve discovered some ideological ground zero, because as the liberals have long said, there is no truth, only competing narratives.

ATP contributor Alan Duval was in on the conversation and gave some pretty good answers that rebutted their points, such as:

This would be back when psychology had a lot more right wing people in it. Regular poster on Johno’s blog, The Independent Whig, consistently lords Jonathan Haidt’s Heterodox Academy for trying to include more conservative voices in psychology, but since psychology became more liberal it’s also become more scientific.

So you are literally pointing out that Conservative thinking is to blame for the criminalising of Homosexuality.

Top marks for a massive own goal!

“What you’ve got there, Alan, is a broken discipline.”

I agree, but it’s one that is being broken by Conservative views on what it’s appropriate to publish in scientific journals, i.e. fascinating new findings, as opposed to boring replications.

However, there are several programs working to move in a more open source and/or replication-oriented direction, such as the Reproducibility Project which, ironically, is headed by Brian Nosek, a close colleague and collaborator of Jonathan Haidt’s.

Unfortunately the fact that people who are high in openness to experience, and thus open to new ideas based on evidence, tend to be liberal means that people who are not tend to self-select out of the field. Especially when findings are moving further and further from religious and political orthodoxy. On the other hand, I suspect you will find that those with conservative views are swelling in numbers in areas like Economics, Politics, History, and so on.

Another commenter on the thread added:

no, a relatively young discipline struggling against itself because it defined normal based upon white male christian heterosexual behavior – much like religion.

Which I thought was an interesting point.

I could go on, but you get the point.

I added into the conversation that I have some expertise in this area inasmuch as I edited a book called Psychology Gone Astray: A Selection of Racist & Sexist Literature from Early Psychological Research. The book, edited by Drs Caleb Lack and Charles Abramson, looks at the issues with early psychology, and the cultural baggage that was often brought into interpreting the data. What follows is a brief selection from the opening chapter, “Race, Psychology, & Scientific Racism,” from the section on pre-Darwinian views of race.

The idea of race as a biologically determined feature is a relatively modern construct, dating only from the late 1700s (Richards, 1997). Indeed, before the Renaissance, the very concept of what is now known as “race” was defined entirely in social and cultural terms, rather than biological (Weizmann, 2004). Many historians agree that in ancient Mediterranean civilizations, discrimination based purely on skin color did not exist. Rather, discrimination based on social classes and cultural differences was the norm in Greek (Demand, 1996), Roman (Dupont, 1994) and Persian cultures (Frye, 1993). The view of many of the most prominent Greek philosophers, including Plato and Aristotle, was that not conforming to their standards of civilization were what made one less than the civilized person, a view applied to even those Greeks who did not live in a polis (Weizmann, 2004). If anything, the views expressed by prominent Greeks, including the semi-legendary physician, Hippocrates, are supportive of an environmental rather than hereditarian view of differences among peoples (see Friedmann, 1981; and Snowden, 1983 for further discussion).

With the rise of Christianity across Europe, the viewpoint that all of humankind shared a common ancestry came into prominence (Hannaford, 1996). In Christian mythology, all were originally descended from Adam and Eve, and even more recently from the sons and daughters of Noah, the only members of humanity to survive the Great Flood described in Genesis. The widespread belief was that the diversity of the world’s peoples could be explained by the differences in Noah’s children. The fact that one of his sons, Ham, had been cursed for seeing his father drunk and naked and that Ham’s descendents were cursed with black skin and inferior talents and skills, was often used to discriminate against those with darker skins (Johnson & Bond, 1933). This monogenistic view of humanity became especially prominent during the Christian-Moorish wars in Spain during the 8th century, when a number of statutes were passed that discriminated against individuals with Jewish or Moorish “blood” (as described in Weizmann, 2004). While many of these laws were highly contested across much of Spain and in fact renounced by the highest levels of the Church, some scholars have argued for this movement as the anticipation of later definition of race based upon biology, including the use of the term “blood” to refer to the degree of “racial pureness” one possess (e.g., mixed-blood, half-blood; Teo, 2004).

Psychology had its issues, and still has others, but it is on that scientific journey of self-correcting until it approaches a truer representation of reality. This book is itself evidence of this. 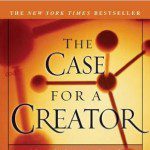 November 2, 2016 The Creator On Trial – Part 5
Recent Comments
0 | Leave a Comment
Browse Our Archives
get the latest from
A Tippling Philosopher
Sign up for our newsletter
POPULAR AT PATHEOS Nonreligious
1