The Creator On Trial – Part 5

Here are two quotes from opposite ends of the philosophical spectrum that comment on Descarte’s adage:

“Fight to escape from your own cleverness. If you do, then you will find salvation and uprightness through Jesus Christ our Lord.”

“To see by faith is to shut the eye of Reason.”

In his introduction to this chapter, Strobel presents various arguments supporting the idea of ‘duality,’ that the body and mind are separate entities. He states that “many scientists and philosophers are now concluding that the laws of physics and chemistry cannot explain the experience of consciousness in human beings.” They are convinced, he says, that “there is a nonmaterial reality called the ‘soul,’ ‘mind’ or ‘self’ that accounts for our sentience.” He cites the Bible as describing humans as “a hyphenate creature, a spirit/body dichotomy.”

J.P Moreland’s argument is about the “reality of the soul.” He argues that ‘physicalism,’ the theory that brain functions like consciousness are the result of physical brain processes, is totally wrong. His primary argument is that if physicalism is correct, consciousness and thought processes should be measurable by an outside observer.  At this point in the development of medical technology, they are not. No doctor can tell what a patient is thinking. Not yet, at least.

But a page or two later, Strobel asks him if animals have souls, and he says yes, quoting the Bible as his authority. He says that animal souls are “much simpler than the human soul. For example, the human soul is capable of free moral action, but I think the animal soul is determined.” He goes on to say that “the human soul is vastly more complicated because it’s made in the image of God,” an idea straight from the book of Genesis.

The contradiction is obvious. First, he says that we cannot measure thoughts in a brain, and then he goes on to pontificate on the nature of an animal’s soul, as if he can measure the size of an animal’s soul and read the thoughts in its brain. Two pages back he said this was impossible. His frequent reference to the Bible to support his arguments betrays the fact that his thinking is strongly influenced by his Christian faith. This does not make his ideas wrong, but it is an example of circular thinking to use the Bible as an authority to validate Christian ideas. It is equivalent to an executive of Ford Motor Company citing Ford’s TV commercials to prove that Ford makes the best cars in the world.

Moreland goes on to quote Geoffrey Medell who said, “The emergence of consciousness, then, is a mystery, and one to which materialism fails to provide an answer.” Most scientists would probably agree with that. Moreland recites the oft-repeated mantra of this book that “you can’t get something from nothing.” How did consciousness arise from organic molecules, proteins, or even from the earliest living cells? It is one of many mysteries that confront scientists…and everybody else who does not simply attribute it to God.

Moreland cites Wilder Penfield, a neurosurgeon who died in 1976. Penfield, he says, created “experimental data” that proves that the brain is not merely physical processes. Penfield mapped brain areas that control certain body functions. When he stimulated these areas and caused an arm or a leg to move, the patient said, “I didn’t do that. You did.” He cites this as evidence of a separate “soul” controlling body functions. As a computer programmer, I naturally thought of a parallel situation: A computer system has many peripherals…printer, scanner, keyboard, etc. The printer can be operated from the computer, but it can also be operated from its control panel. Penfield was pushing the buttons on the control panel. It doesn’t prove anything at all about a soul.

In the end, the question of whether there is an immortal soul is unanswerable at this time. We simply do not understand enough about the workings of the brain.

Chapter 11 contains the author’s summary. He begins with a long account of an auto accident trial in which last-minute evidence uncovered by the defense suddenly changed the outcome. He equates this to his “revelation” in 1981 concerning the “facts regarding the life, teachings, miracles, death and resurrection of Jesus of Nazareth.”  He says “corroborating scientific facts” were also important, even though he admits that, “there is less evidence that is readily available today, there is still plenty upon which to reach a verdict,” and that “data of the physical world point powerfully toward the existence of a Creator.”

He states that “The available evidence from the latest scientific research is convincing more and more scientists that facts support faith as never before.”  He does not cite a source for this claim, or what “evidence” scientists find so convincing. According to Newsweek in 1987, “By one count there are some 700 scientists with respectable academic credentials (out of a total of 480,000 U.S. earth and life scientists) who give credence to creation-science. That would make the support for creation science among those branches of science who deal with the earth and its life forms at about 0.14%.” If the number is growing, it isn’t growing very rapidly.

Strobel trots out the old canard that “atheism is a faith, which draws conclusions that go beyond the available evidence.” This is a frequent claim by creationists. Clarence Darrow had a pithy response to this: “I don’t believe in God because I don’t believe in Mother Goose.”

There are two kinds of atheists; “hard” and “soft.” Hard atheists deny the existence of God. Soft atheists do not accept the theists’ claim “God exists.” When one person claims that God exists, and another is unconvinced, the burden of proof lies with the believer. Belief in an idea that has no logical or scientific evidence is faith. The inverse of that…lack of belief in a faith-based idea is not faith. It is skepticism, an essential characteristic of the process of scientific inquiry. While it could be argued that hard atheist beliefs lean toward faith, that cannot be said of soft atheists. Wikipedia says, “Many atheists will point out that in philosophy and science, the default position on any matter is a lack of belief. If reliable evidence or sound arguments are not presented in support of a belief, then the “burden of proof” remains upon believers, not nonbelievers, to justify their view.”

In comparing Darwin’s Hypothesis to the ID Hypothesis, the author states that, “the failure of naturalistic and Darwinian ideas opened the door to considering the other hypothesis….” This is another common argument by creationists…if Darwin’s theory can’t answer all the questions, then creation must be the answer. Michael Shermer calls this the “either-or fallacy,” and thoroughly discredits the idea.

The rest of this chapter is just a restatement of the arguments by his contributors, attempting to discredit evolution and materialism, while arguing that the “only” alternative is “creation science” which is an oxymoron. There is no science. Only faith-based blind belief. 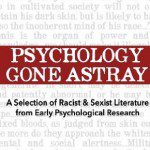