“Congress shall make no law respecting an establishment of religion, or prohibiting the free exercise thereof…”

— Amendment I to the U.S. Constitution

The original intent of the Religious Freedom Restoration Act (RFRA) was to relieve religious groups from criminal prosecution for religious activities that break laws, like Native American groups who use illegal hallucinogenic drugs in their ceremonies. That seemed reasonable to most people, and the RFRA passed Congress with overwhelming bipartisan support back in 1993, and was signed by President Bill Clinton.

And then came the unintended consequences. Fundamentalist Christian groups saw an opportunity to force their religious agenda on society.  They insisted that businesses should be able to refuse to supply contraceptives to employees as part of their health insurance, even if the government paid for them, and to withhold services from same sex couples as part of their “free exercise” rights.  Bible Belt states passed “religious freedom” laws giving pharmacy employees the right to refuse to dispense contraceptives. Suddenly religious freedom was being used by religious believers to discriminate against people they disapproved of, and to cause financial harm, inconvenience and humiliation. Does religious freedom include the right to harm others? RFRA proponents pointed to the “free exercise” clause in Article 1 of the Constitution, and claimed that government laws that restricted the exercise of their religious beliefs were unconstitutional.

The legal aspects of the RFRA are daunting.  If you are interested, here is a Yale Law Journal analysis that will make your eyes glaze.

I will not attempt to argue the legal issues here. The question is, does the RFRA need to be revised and clarified to ensure that religious believers are not empowered by government to inflict their religious beliefs on people who do not share them?

How does filling a prescription for contraceptives or baking a cake for a gay wedding violate a person’s religious freedom?  Even if they consider gay marriage and contraceptive use sinful, they are not using the pills or participating in gay sex. They claim that such actions harm them by making them “complicit” with the sin.

The result is a conflict between religious rights and civil rights protected by the non-discrimination laws passed as part of the 1964 Civil Rights Act (CRA). That law prohibits discrimination of “protected groups.” The list of protected groups includes age, race, national origin, religious beliefs, gender, disability, pregnancy and veteran status.  Many states have added more groups, including gender identity, sexual orientation and political ideology among others.

The RFRA carved a loophole in the CRA, allowing discrimination by religious believers if it involved the “free exercise” of their religion.  Obviously, there must be limits on free exercise.  A religious group cannot perform human sacrifice, claiming that it is required as part of their religious rituals.  Where should the line be drawn? In the 19thCentury, Mormons were prohibited from polygamous marriages, a basic tenet of their religion.  Religions have always been required to obey all secular laws…until the RFRA loophole was opened.

Even examining the original impetus for the law…allowing Native American groups to use hallucinogenic drugs in their rituals…seems questionable.  If the government has determined that the use of such substances should be prohibited, why should religious groups be exempted? If the drugs are harmful, just as human sacrifice is harmful, why should religious belief justify harmful behavior?  Shouldn’t laws apply to everyone? But I must add that in the case of the drug use, any harm that results is self-inflicted.  That is not the case with religious discrimination.

The problem is intolerance in the form of religious self-righteousness. Religious believers think they know what is “right,” and consider it part of their mission in life to promote their ideas, and even to impose them on others when that opportunity arises. They reject the concept of “live and let live” and that other people’s moral codes are just as valid as theirs.

One remedy proposed by RFRA advocates is for the government to compensate people who are harmed by the actions of individuals (or even businesses, as in the case of Hobby Lobby) exercising their religious freedom.  Such compensation would, of course, be paid for by taxpayers, thus funding actions that are religiously motivated, a slippery slope. As Supreme Court Justice Ginsburg asked in her Hobby Lobby dissent, “where is the stopping point to the ‘let the government pay’ alternative?” If a new appropriations law were deemed a “less restrictive” alternative, then the government would have to allow virtually any exemption, no matter how severe the harm to individuals or government interests, simply because Congress could in theory ameliorate the harm through additional taxing and spending. Forcing the taxpayers to pay for that seems completely wrongheaded.  Supporters of the RFRA should read the whole sentence that is quoted at the start of this article, prohibiting government actions that “establish” religion.  Government compensation to those who are harmed by religious believers’ actions violates that prohibition by enabling religious activities that entail costs to society, and then forcing taxpayers who are nonreligious to pay for them. This is, in effect, a government subsidy of religion.

The RFRA needs a major rework, or possibly repeal. As you can see from the Yale Law Journal article linked above, it has caused a tsunami of litigation, with new demands for special treatment of religious belief emerging constantly. The free exercise of religion should not be a license to break laws and oppress nonbelievers. The writers of the Constitution expected future generations to use common sense in interpreting Article 1. RFRA is not common sense. It is a disaster and a legal morass, made even worse by the decisions of a far-right conservative Supreme Court.

The RFRA is misnamed. It does not “restore” religious freedoms. Instead it creates new “freedoms” for religious believers only.  Freedom for some people to break laws with impunity, thus violating the Equal Protection clause in the Constitution. It is a good example of how the best of intentions can lead to bad results. 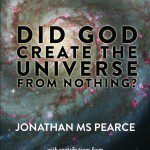