He has control of both Houses and so he and the Republicans are in the best position for decades for rolling out whatever whacko changes they want.

The Supreme Court, hanging in the balance, will now be tipped heavily towards the conservatives as he gets to nominate and get through his choice.

He and his VP denies climate change.  When Pence was in Congress he voted 201 times against environmental interests and just 18 times in favor.

Neither have any sensible grip on world politics,

Trump is not respected by anyone around the world including Putin. Putin doesn’t respect him, but realises he can use him.

Feel free to add to this list of woes and worries. I am just going to crawl into the fetal position and cry for a week. Thanks America. Thanks a lot.

If you are embarrassed about doing something, chances are you intuitively accept it is morally wrong.

If it is morally wrong, don’t do it.

If Trump got in on shy voters, he got in on people voting for that which they intuitively knew was morally wrong.

November 9, 2016
On the Least Religious Countries in the World
Next Post 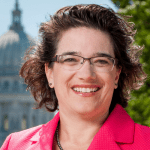