Schools in the UK Are Teaching That Same-Sex Relationships Are Sinful, and Ofsted Are Praising Them

Schools in the UK Are Teaching That Same-Sex Relationships Are Sinful, and Ofsted Are Praising Them December 11, 2016 Jonathan MS Pearce

This damning and disturbing article featured on Vice recently, but it came out at the same time as Trump’s election, so didn’t get enough traction. Jonny Scaramanga, also of Patheos Atheist, has been involved in campaigning about this issue for years. Help spread the word.

[OFSTED are the inspection and regulatory organisation for schools and educational establishments in the UK. The are revered, feared even, in schools throughout the country.]

A UK-wide network of independent Christian schools, approved by Ofsted inspectors, are teaching children that same-sex relationships are sinful.

At least 27 schools in Britain use the Accelerated Christian Education (ACE) syllabus, which is originally from Texas. It teaches pupils that evolutionary science is a lie and homosexuality is immoral.

However, Ofsted inspectors have praised ACE schools, saying pupils’ moral, social and cultural development was “outstanding”. Reports describe one school as a “fully inclusive community” and say the ACE syllabus is “a good curriculum”. Another report notes that “pupils are taught that same-sex relationships are sinful but are equally supported to consider and accept that not everyone within the wider society will agree”. The report rates the school “good” for pupil welfare.

Because they are independent, these schools don’t have to stick to the same strict regulations that normal state schools must adhere to. Ofsted only marks them on the most basic fundamentals, such evidence of effective education, personal development and child welfare.

In a phone call to one of the schools, a teacher offered to arrange “deliverances” to save pupils from the Devil. The practice is roughly equivalent to exorcisms. Asked if the school itself performs them, the teacher said: “We do, but we don’t do it here in school […] We have to be sensitive because obviously we wouldn’t want a deliverance going on in a room and then have Ofsted walk in. That would be a bit awkward to explain.”

She explained: “Sometimes we’ll have spiritual retreats for youth, for teens. These will be done over a period of three days on the weekend. We do it in a hotel in Bournemouth and all these things are going on there – deliverance and all these kinds of things.”

On this call I posed as a Christian father, to see how teachers would deal with a gay student. The calls were made in 2014, but have not been revealed until now.

The same teacher said she “can imagine it’s very difficult” for a Christian father to have a gay son, and appeared to suggest it was unclear if a gay pupil would even be allowed to join the school. “I wouldn’t say we wouldn’t take him, but I think our pastors would like to sit down and see where you are as a family,” she said. “Always, when we have a sensitive case, it’s always best to take it to pastors and they would make the final decision.”

She suggested that the uncertainty was because of concerns over commitment to faith, rather than specifically because of being gay. “It’s not that we wouldn’t take him because he’s said this,” she claimed. “You can’t discipline a child for what he feels in his heart.”

However, she suggested a gay child may need to have counselling before joining the school: “We do have the pastors that offer pastoral care for the children as well when it’s needed… it’s something that you might want to look into.”

I recommend reading the full article at Vice. I am presently editing a chapter by Jonny Scaramanga for a Patheos Atheist book project we have in the pipeline that presents a powerful case against such schooling and the media silence it is met with, especially given the notion that Christians often claim that the media has a persecution bias against them!

December 10, 2016
Debunking the Nativity: The Male Genome
Next Post 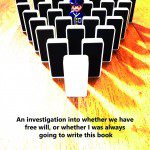 December 11, 2016 Holidays are coming, holidays are coming!!
Recent Comments
0 | Leave a Comment
"Yes, direct capture ain't cheap. Still has to be done as there's already too much ..."
al kimeea China and the Environment: It’s More ..."
"Maybe it can occur, but I have not seen it here. As I said before, ..."
Rick O'Shea Comment Scorecard
"I have just posted this on Cross-Examined:As I noted on RtD, the current infestation are ..."
epeeist Comment Scorecard
"Luke is a typical bull$hitter, plain & simple. Yeah, the 4+ blogs who've banned him ..."
al kimeea Comment Scorecard
Browse Our Archives
get the latest updates from
A Tippling Philosopher
and the Patheos
Nonreligious
Channel
POPULAR AT PATHEOS Nonreligious
1