Starlings, Televisions and Consciousness; The Emergent Sum Is Greater than Its Parts.

Starlings, Televisions and Consciousness; The Emergent Sum Is Greater than Its Parts. December 13, 2016 Jonathan MS Pearce

I was watching the stunningly good Planet Earth II tonight and again saw the amazing flocks of starlings and their murmurations. Here is an idea of what they do (I couldn’t get the Planet Earth footage):

This got me thinking about emergent properties, when things are created that are greater than the sum of their parts. As wiki states:

Emergence is central in theories of integrative levels and of complex systems. For instance, the phenomenon of life as studied in biology is an emergent property of chemistry and psychological phenomena emerge from the neurobiological phenomena of living things.

In philosophy, theories that emphasize emergent properties have been called emergentism. Almost all accounts of emergentism include a form of epistemic or ontological irreducibility to the lower levels.

Indeed, watching those images on the TV is another great example of emergentism. Those little parts collected together, in their individual states, are merely randomly collected pieces of metal and plastic and so on. But arranged in a particular fashion, they produce something quite remarkable. Those moving images of the patterns created by those thousands of starlings, creating their mesmerising shapes, are themselves startling.

My brain is made up of a collection of neurons, of pieces of grey matter – physical human cells. Laid out in a row, they are merely a collection of cells. But arranged in a particular, complex fashion, they produce something greater. They produce something that can visualise and interpret those moving images of those mesmerising starling patterns.

And thus we have a three-step chain of emergence.

Whilst we may not fully comprehend the finer details of consciousness, like we do not quite understand the machinations of those birds, I think we can be pretty confident in not needing to invoke the supernatural, the unknown, in order to explain our first unknown. Emergence happens in nature, in human manufacture, and in the manufacture, by nature, of humans.

December 12, 2016
Conflicting Genealogies of Jesus and the Thesis of a Matrilineal Bloodline Refuted
Next Post 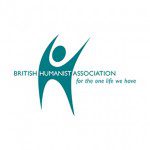 December 14, 2016 Stephen Fry promotes humanist ceremonies, now more popular than ever
Recent Comments
0 | Leave a Comment
Browse Our Archives
get the latest from
A Tippling Philosopher
Sign up for our newsletter
POPULAR AT PATHEOS Nonreligious
1 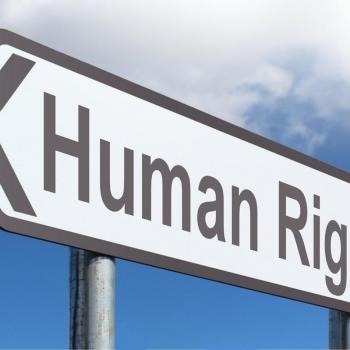 Nonreligious
Spontaneous Abortion: God Has the Right to Take...
A Tippling Philosopher
TRENDING AT PATHEOS Nonreligious