This is a recent report from the BBC, detailing work carried out in New Zealand. It really builds on work presented in a superb book that I urge everyone to read, called The Anatomy of Violence by Adrian Raine, which documents the bio-social jigsaw that is the causal circumstance out of which violence and criminality are born. All of these research findings consistently lead me to want to update my very first book: Free Will? An investigation into whether we have free will or whether I was always going to write this book.

Over to the BBC:

Brain tests at the age of three appear to predict a child’s future chance of success in life, say researchers.

These youngsters are more likely to become criminals, dependent on welfare or chronically ill unless they are given support later on, they add.

Their study in New Zealand appears in the journal, Nature Human Behaviour.

The US researchers from Duke University say the findings highlight the importance of early life experiences and interventions to support vulnerable youngsters.

Although the study followed people in New Zealand, the investigators believe that the results could apply to other countries.

They followed the lives of more than 1,000 children. Those who had low test scores for language, behavioural, movement and cognitive skills at three years old went on to account for more than 80% of crimes, required 78% of prescriptions and received 66% of social welfare payments in adulthood.

It is known that disadvantaged people use a greater share of services. While many of the children in the study who were behind in brain development came from disadvantaged backgrounds, poverty was not the only link with poor futures.

When the researchers took out children below the poverty line in a separate analysis they found that a similar proportion of middle class children who scored low in tests when they were three also went on to experience difficulties when they were older.

The researchers stress that children’s outcomes are not set at the age of three. The course of their lives could potentially be changed if they receive support later in life, for example through rehabilitation programmes when they are adults.

Prof Terrie Moffitt, from Duke University in North Carolina in the US, who co-led the study, told BBC News: “The earlier children receive support the better.

“That is because if a child is sent off on the wrong foot at three and not ready for school they fall further and further behind in a snowball effect that makes them unprepared for adult life”.

Prof Moffitt said nearly all the children who had low scores in cognitive assessments early on in life went on to fall through “society’s cracks”.

“We are able to predict who these high cost service users will be from very early in life.

“Our research suggests that these were people who, as very young children, never got the chance that the rest of us got. They did not have the help they needed to build the skills they need to keep up in this very complicated and fast-paced economy”….

As adults these people account for only 20% of the population – but they use 80% of public services in an analysis of a group of people in New Zealand whose lives were tracked for 40 years.

Go to the above link to read it in full. This all fits in with what we, as teachers, parents and thinking adults, anecdotally know: that poor inputs lead to poor outcomes, in an unsurprisingly large number of cases. The source paper’s results included the following:

Throughout the cohort’s childhood, during the first decade of life, we measured risk factors that are thought to augur poor adult outcomes: growing up in a socioeconomically deprived family, exposure to maltreatment, low IQ and poor self-control. We report these four risk factors here because they are proven predictors of adult health and social outcomes and are high-priority targets in many early-years intervention programmes15, 16, 17 . A strength of this analysis is that all childhood risk predictors were measured prospectively, unbiased by participants’ knowledge of their adult outcomes.

At the most recent follow-up assessment when the cohort reached 38 years of age, roughly the midpoint in the human lifespan, we drew on personal interviews and on New Zealand’s multiple nationwide administrative databases and electronic medical records to ascertain the cumulative distributions of economically burdensome outcomes in eight social and health sectors. These outcomes are referred to here as economically burdensome because, in each instance, these are events, behaviours and conditions that saddle society and government with both direct and indirect costs. These are also the same outcomes that early-years interventions hope to reduce18 . We predicted social welfare dependency, fatherless child-rearing (defined by the absence of the biological father from the households in which a cohort member’s offspring live), tobacco smoking, excess body weight, admissions to taxpayer-funded national-health-service hospitals, taxpayer-funded prescription drug fills, taxpayer-funded insurance claims paid out for accidents and injuries, and convictions for crime (Fig. 1). Analyses tested how strongly childhood risks predicted these economically burdensome outcomes in this cohort….

Adult outcomes were concentrated as anticipated from the Pareto principle (that is, the 80–20 rule). Cumulative distribution functions showed that in each of the eight social and health sectors where we collected data, 20% of the individuals consistently accounted for a disproportionate share (close to 80%) of the outcome (Fig. 1). These distributions led us to operationally define a high-cost group in each sector as the 20% of the cohort members who accounted for a disproportionate share in that sector.

We observed that members of the high-cost group in every sector could be differentiated from their peers by the same four childhood disadvantages: they tended to have grown up in more socioeconomically deprived environments; to have experienced child maltreatment; to have scored poorly on childhood IQ tests; and to have exhibited low childhood self-control (Table 1). The predictions were fairly uniform across each of the eight different social and health sectors with the exception of injury claims. In addition to being less concentrated within a high-cost group, injury claims were less strongly associated with childhood risk factors….

The four childhood risks predicted which cohort members belonged to any particular single high-cost group with poor-to-fair accuracy (Fig. 3a). However, as hypothesized, prediction improved when we turned to predicting who belonged to multiple high-cost groups (Fig. 3b). Individuals who belonged to three or more high-cost outcome groups are hereafter referred to as the multiple-high-cost population segment. The multiple-high-cost segment comprised 22% of the Dunedin cohort (n = 207 of 940 cohort members). Childhood socioeconomic deprivation, maltreatment, low IQ and poor self-control predicted these multiple-high-cost adults with considerable accuracy, as indicated by an AUC value of 0.87 (approaching excellent). To answer the question of whether accurate prediction of the multiple-high-cost segment capitalized on the fact that high-cost membership in one particular sector (for example, the crime sector, welfare sector and so on) could be predicted well, sensitivity analyses were undertaken in which each high-cost group was left out one sector at a time, in turn. Results showed that accurate prediction was not simply an artifact of predicting well in any one sector (Fig. 3c)….

At 3 years of age, each child in the cohort participated in a 45 minute examination that included assessments of neurological soft signs, intelligence, receptive language and motor skills. The examiners (having no previous knowledge of the child) then rated each child’s frustration tolerance, resistance, restlessness, impulsivity and lack of persistence in reaching goals. This examination yielded a summary index that we have termed brain health, a global index of the neurocognitive status of three-year-old children27 (Supplementary Information). Variation in brain health at three years of age significantly predicted economically burdensome outcomes in each sector, except injury claims (Table 3). Moreover, variation in cohort members’ brain health at three years of age predicted with considerable accuracy which individuals would be members of the multiple-high cost segment 35 years later, with an AUC value of 0.79 (Fig. 3d).

Is this multiple-high-cost population segment a priority prevention target? They made up only 22% of their age cohort born in one year in one city. However, they left a big footprint on costs of service delivery (Fig. 4a). By age 38 years they used 66% of the birth cohort’s welfare benefits; accounted for 77% of fatherless child-years in the next generation; smoked 54% of the cohort’s tobacco cigarettes; carried 40% of the cohort’s kilograms of excess weight; occupied 57% of their cohort’s hospital-bed nights; filled 78% of all prescriptions; were convicted for 81% of the crimes charged to the cohort; and even made a disproportionate number (36%) of injury claims. In contrast, the data also reveal a substantial segment of the cohort (30%) who did not belong to the high-cost group in any sector. Figure 4b shows that this group has left an unusually small footprint on their society so far.

The question then becomes: what do we do about this? How do we reverse these outcomes through proactive work in those early years? 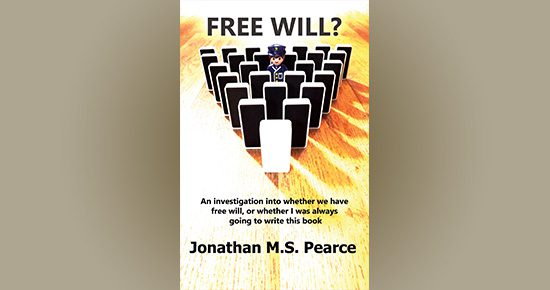 December 15, 2016
"Outstanding Refutation of the Kalam Cosmological Argument"
Next Post

December 16, 2016 Debunking the Nativity: To Bethlehem or Not to Bethlehem
Recent Comments
0 | Leave a Comment
"Comical."
Otto T. Goat I Will Be Appearing on Unbelievable ..."
""Cuckservative" is a white supremacist term, so Otto's just showing his roots. If white supremacists ..."
eric I Will Be Appearing on Unbelievable ..."
"U know jacksh1t. Reaganomics gave the USA two decades of growth. Move to Zimbabwe, Venezuela ..."
cosMICjester Religion Shapes American Attitudes about Gun ..."
"Go a job parasite & stop looking for handouts marxist maggot. The new deal prolonged ..."
cosMICjester Religion Shapes American Attitudes about Gun ..."
Browse Our Archives
get the latest from
A Tippling Philosopher
Sign up for our newsletter
POPULAR AT PATHEOS Nonreligious
1

Three die as Muslims in India riot over...
A LOCAL politician in Bangalore  – Akhanda Srinivas Murthy, inset above –...
view all Nonreligious blogs
What Are Your Thoughts?leave a comment
Copyright 2008-2020, Patheos. All rights reserved.