This is a timely piece, since I was only talking about these schools recently in sharing a articles concerning the work of fellow Patheos blogger Jonny Scaramanga. This is from the British Humanist Association:

A group of fundamentalist Christian private schools in England have been criticised by Ofsted inspectors and downgraded after it was found that they were failing to promote British values, including by failing to teach sufficiently about other religions and beliefs or to promote respect for LGBT people.

The ten schools visited by Ofsted are all affiliated with Christian Education Europe network, which oversees the Christian schools in the UK and across Europe that teach the controversial Accelerated Christian Education (ACE) curriculum. ACE, which originated in America but is now taught in over thirty schools in the UK as well by a large number of parents who home-school their children, has been accused by former pupils of espousing a fundamentalist, creationist, homophobic, and misogynistic Christian ideology.

The British Humanist Association (BHA) has met with the Department for Education (DfE) on numerous occasions to bring these issues to its attention, and earlier this year launched the blogging and whistleblowing website Faith Schoolers Anonymous which features testimony from a number of former ACE pupils. The latest blog on the site details the reaction of one former pupil, Jonny Scaramanga, to the news of these inspections.

Despite this, and the frequent appeals of former pupils for a crackdown on these schools, Ofsted has historically rated the schools as good or outstanding. However, following direction from the DfE to re-inspect those settings using the ACE curriculum, the schools’ latest Ofsted inspections found that nine were either inadequate or required improvement.

Inspectors variously found that ‘Pupils are not well prepared for life in modern Britain’, the ‘curriculum is too narrow’ and pupils have a ‘limited understanding’ of scientific concepts like evolution, and ‘Pupils understanding of different religions and beliefs is very limited’. Some of the schools were also criticised for failing to allow pupils to develop ‘a comprehensive and coherent understanding of some subjects to enable them to access a broad range of further and higher education courses’.

In line with evidence previously highlighted by the BHA of homophobic teaching within ACE schools, inspectors also found evidence of a failure to ‘actively promote respect for people within the protected characteristics groups’. One report reads:

‘The school’s policy statement on personal, social and health education states: ‘Whilst we understand that the government has redefined marriage we will actively promote exclusive heterosexual marriage and celibate singles, as God’s gift and design; and as such the best way toward human happiness and fulfilment, but will discourage intolerance.’ This statement describes an approach that is too far removed from the active promotion of respect for gay and lesbian men and women.’

BHA Faith Schools Campaigner Jay Harman commented, ‘We have been raising concerns about these schools in the media and with government for years, and we’re glad that the authorities are finally beginning to realise how badly the children within them are being failed. The line Ofsted has taken here is absolutely right, and it is frankly astonishing that any school could accuse inspectors of unfair treatment while providing children with a narrow, doctrinaire, and homophobic curriculum. It is essential that inspectors do not become discouraged by these disingenuous claims and we will continue to support both Ofsted and the Department for Education as they rightly toughen their stance against this kind of teaching’.

Read the blog on Faith Schooler Anonymous, ‘Deliver use from evil: “Gay Deliverance” in an English Christian school’:https://faithschoolersanonymous.uk/2016/11/deliver-us-from-evil-gay-deliverance-in-an-english-christian-school/

Read more about the BHA’s work on:

December 21, 2016
Debunking the Nativity - Quirinius vs Herod and the Ten Year Gap
Next Post 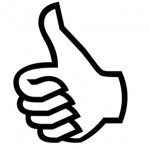 December 24, 2016 Merry Christmas and Thanks to You All!
Recent Comments
0 | Leave a Comment
"They should pay the same taxes as any other business does."
BensNewLogin Vouchers Are Not Free Exercise
"Google it."
BensNewLogin Vouchers Are Not Free Exercise
"Thanks for proving me right."
Scoundrel Mimesis, the Gospels, and Their Greek ..."
"Ok, can I point out what seems like an obvious oddity in what you're saying?You ..."
Anri A Tale of Two Cities
Browse Our Archives
get the latest updates from
A Tippling Philosopher
and the Patheos
Nonreligious
Channel
POPULAR AT PATHEOS Nonreligious
1

Nonreligious
Islam as a Religion of Peace? Problems with...
A Tippling Philosopher
TRENDING AT PATHEOS Nonreligious