[Since this has come up on some other threads, I thought I would repost a previous piece I have written.]

Or it is necessary for foetuses to die for a greater good. Well, that’s certainly one of the conclusions that must come from the statistics for natural, spontaneous abortions, or miscarriages; abortions that God has the power to stop, and seemingly designed into the system in the first place in actualising this biological world.

The statistics for miscarriages are notoriously difficult to assess completely accurately. This is mainly due to the fact that many miscarriages go unreported due to simply not even being known by the mother.

So why am I writing about this? Well because, statistically, it means that anywhere up to 75% of all pregnancies, of all fertilised eggs, die. This is a staggering number of pregnancy losses (for example, it is estimated that 3 out of 4 eggs that are fertilized do not fuse their DNA correctly, and therefore either do not attempt to implant or fail at implantation – see attached image taken from here). Of course, being exact on these numbers is rather academic. Whether it be 50 million a year in the US or 25 million is irrelevant since both numbers are ridiculously high!

The reason for talking about this is twofold. Firstly, for people who critique abortion on religious grounds, it makes somewhat of a mockery of their arguments. Secondly, again from a religious perspective, it does make God look a little callous. Nay, brutal and unloving.

So let’s explore these issues.

God is supposedly omnipotent, all-powerful; and omnibenevolent, all-loving. We also hear very often how terrible clinical abortions are. Now I don’t want to investigate clinical abortions per se but I do want to look at the standards that Christians adopt when approaching abortion, and then when they evaluate their perfect God. The general approach, rightly or wrongly, is that abortion is the murder of human beings. If this is the case, then the death, at the hands of other humans, of any and every embryo from blastocyst onwards, is bad, abhorrent and so on.

Given this state of affairs and given this appraisal of the ethics of abortions, let us then look at the God scenario, from whence Christians obtain their morality, and who supposedly objectively grounds morality. 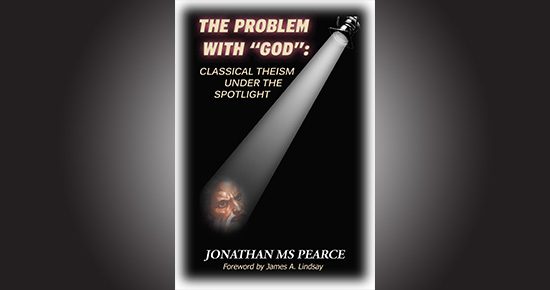 Let us assume that somewhere between 60% and 75% of human embryos are fertilised and subsequently die naturally. As mentioned, the numbers aren’t so relevant, though the sheer volume does make you stop and think a little harder. This raises these points:

1) God has the ability to stop this from happening

2) By allowing it passively, he is actually actively declaring that the deaths serve a greater good 3) The manner in which these deaths serve a greater good is necessary for this greater good. In other words, there can be no other way that this greater good can eventualise which causes less suffering, otherwise god, as an all-loving being, would have chosen the alternative option. 4) The vast majority of these deaths go unknown to anyone in the world. Thus the deaths can have nothing to do with humanity and our ‘journey’, begging the question as to exactly how they can serve such a ‘greater good’ purpose. 5) Since such deaths occur on such a scale, and no decent reason is forthcoming, then perhaps foetal life isn’t as sacrosanct as many claim.

The standard Christian response to issues such as these which fall into the category of the Problem of Evil is to offer the ‘Omniscience Escape Clause’, as John Loftus has so often talked about:

We’ve heard this escape clause so many times before. “My ways are not your ways,” an ancient superstitious canonized Biblical text says of God. “How do we know what an omniscient God might do?” an apologist chimes in. It could be how God purportedly communicated to us in ways that are indistinguishable from anything else we see in the ancient world, or the tragedy of the Haitian earthquake, or a child suffering and soon to die from Leukemia. How can we judge an omniscient God’s ways we’re asked over and over, with an implied “We can’t.” The answer is obvious. We must be able to understand enough of God’s ways to know that his ways are good and that he knows what he’s doing. It’s that simple. If God does not act as a loving person would do then all we can reasonably conclude is that God is not acting like a loving person would do. And if God does not respond in discernible loving ways when tragic events take place then it looks entirely as if tragic events happen randomly without his ever-watchful eye.

This posits that we cannot know the mind of God, or would not understand the reasons as to why such evil must exist. This again begs the question as to what kind of reason could be beyond our comprehension, and what kind of reason could actually justify death on such a massive scale. Even if, by some appeal to our idiocy, we cannot understand through cognitive deficiency as to why these deaths must occur, then it would be appropriate for God to at least let us know that these deaths aren’t in vain; that they DO provide a mechanism for achieving a greater good. Some kind of revelation, one way or another, would be decent.

What we come to, as a conclusion to this scenario, is this:

either God is not omnibenevolent; or God does not exist; or embryos are not so sacred and arguments over what defines personhood are called for; or that millions of foetal deaths a year, unknown to humanity, are necessary for a greater good.

Of all those options, the last one is by far the most improbable, and yet it must be the one adhered to by most, if not all, Christians (whether they recognise this or not).

I challenge Christians to come on here and defend this allowance in light of pro-life ethics. And please don’t resort to the ‘we can’t know the mind of God’ feebleness as wrapped up in the Omniscience Escape Clause.

Nonreligious
WWRD - What Would Republicans Do?
A Tippling Philosopher
TRENDING AT PATHEOS Nonreligious