Heaven Is Not a Moral Justification

Heaven Is Not a Moral Justification January 31, 2017 Jonathan MS Pearce

I hear this a lot. Too much. Whether it concern babies dying early, or any other type of suffering, pain, evil or natural evil, heaven is used as a moral justification. This is wrong, and here is for why.

Theists have it tough. They have to explain away the problem of evil: why is there so much suffering in the world given an OmniGod? Of course, it often gets back to the classic defensive tactic – skeptical theism. We cannot know the mind of God, so there you go. But there might be a reason why there is so much suffering, so toddle on there, nothing to see here.

And so very often, you hear heaven being trotted out, too. Why did this baby die of some cancer or another? “Oh, it doesn’t matter, because they will get an eternity in heaven.”

Let’s analogise. I walk up to you and punch you so hard in the face that I break your jaw and cause you huge amounts of pain. “It doesn’t matter, here’s $10,000.”

What I have done here is compensated you for the moral harm done.

But I have not morally justified it. It is, at least as far as normal theistic ethics goes, not a case that paying you the money makes hitting you in the face a good thing to do. This would take consequentialism (that theists detest so much), and even then, many forms of consequentialism would still not see the action of punching as good, even if you eventually thought it was okay because you had $10,000. You might think it was “worth it”, but it does not make it morally good to go around morally harming people and then paying them off afterwards.

This can be seen as compensatory justice but we should not confuse this with the ability to transform the moral dimensions of the original action and intent. To do this you would need some of the more extreme forms of utilitarianism or consequentialism, and these would almost certainly be rejected, as mentioned, by the average theist. After all, William Lane Craig did declare consequentialism as a “terrible ethic”.

That is the heaven defence. You can’t morally justify harms done to people by compensating them with heaven, even if the stay is in an eternal luxury hotel. This is something that Stephen Maitzen talked about in his superb paper “Ordinary Morality Presupposes Atheism”:

According to a theodicy I’ll call “Heaven Swamps Everything,” is false because compensation paid to an exploited human being somehow becomes justification for the exploitation if the compensation is big enough: God’s allowing David to suffer immolation is justified by David’s heavenly reward—eternal bliss—even if his suffering is in no way necessary for his attaining the reward. Again, however, such reasoning wars with ordinary morality because it conflates compensation and justification, and it may stem from imagining an ecstatic or forgiving state of mind on the part of the blissful: in heaven no one bears grudges, even the most horrific earthly suffering is as nothing compared to infinite bliss, all past wrongs are forgiven. But “are forgiven” doesn’t mean “were justified”; the blissful person’s disinclination to dwell on his or her earthly suffering doesn’t imply that a perfect being was justified in permitting the suffering all along. By the same token, our ordinary moral practice recognizes a legitimate complaint about child abuse even if, as adults, its victims should happen to be on drugs that make them uninterested in complaining. Even if heaven swamps everything, it doesn’t thereby justify everything.

Alternatively, one might suppose that, assuming everyone goes to heaven, everyone on due reflection eventually consents (after the fact) to any undeserved and otherwise involuntary suffering he or she experienced while on earth. But this response does nothing to the diminish the theistic threat to ordinary morality: our ordinary moral obligation to prevent at least some undeserved, involuntary human suffering disappears if (we believe) its victims will always on due reflection eventually consent to that suffering.

Heaven – it is compensation, not justification. 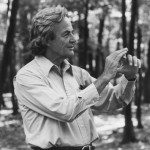 February 2, 2017 Conspiracy Thinking Is Cargo Cult Skepticism
Recent Comments
0 | Leave a Comment
Browse Our Archives
get the latest from
A Tippling Philosopher
Sign up for our newsletter
POPULAR AT PATHEOS Nonreligious
1