Great New Review for “Did God Create the Universe from Nothing?”

“Did God Create the Universe from Nothing?” is a very good intermediate-level book that critically addresses the Kalam Cosmological Argument (KCA) to satisfaction…. Jonathan M.S. Pearce provides the readers with a user’s guide on how to counter William Craig’s defense of the KCA. This useful 143-page book includes the following seven parts: 1. The Background, 2. The Argument, 3. Premise 1, 4. Premise 2, 5. The Syllogism’s Conclusion, 6. Potential Objections, and 7. Conclusion.

Positives:
1. A well-written, well-researched book.
2. Pearce tackles William Lane Craig’s favorite argument for the existence of a “God”, the Kalam Cosmological Argument (KCA).
3. Great use of reason and a strong philosophical background to dismantle the KCA.
4. Provides the history behind the KCA.
5. If you are going to debunk the KCA, might as well dissect it from its most prominent defender’s point of view, William Lane Craig.
6. Goes over the three steps of the KCA in detail, the syllogism.
7. Goes over key concepts that will help the reader understand the premises.
8. Goes over the many problems of the KCA. “We have no experience of the origin of worlds to tell us that worlds don’t come into existence like that.” “Craig is relying on mere human intuition, and this argument is at best, then, an intuitive argument (albeit one that he uses observation to support).”

9. A look at causality. “So the causality of things happening now is that initial singularity or creation event. As I will show later, nothing has begun to exist, and no cause has begun to exist, other than that first cause—the Big Bang singularity.”
10. The circularity of the first argument. “Firstly, the only thing, it can be argued, that “has begun to exist” is the universe itself (i.e. all the matter and energy that constitute the universe and everything in it). Thus the first premise and the conclusion are synonymous—the argument is entirely circular.” “Nothing comes into existence but is transformed from already existing matter or energy.”
11. The fallacy of equivocation. “This amounts, then, to a fallacy of equivocation whereby the author is using two distinct meanings of the same term in a syllogism. This makes the argument logically invalid or fallacious.”
12. Explains why the KCA and libertarian free will are incompatible.
13. A look at Hilbert’s Hotel and why its use is flawed as it relates to the KCA. “The story of Hilbert’s Hotel simply highlights another such property that distinguishes actual infinite collections from finite ones: just knowing that an infinite subcollection has been removed from an infinite collection of objects does not allow one to determine how many objects remain. But this property itself does not entail that actual infinite collections are impossible.”
14. Profound statements. “Therefore, if creation out of nothing (ex nihilo) is beyond human understanding, then the hypothesis that it occurred cannot explain anything.”
15. A list of scientific theories that the second premise must debunk in order to be upheld. “That an oscillating universe is impossible.” “However, it is worth noting that Sean Carroll, in his aforementioned debate with Craig, stated that there were over a dozen plausible models for the universe, and this included some eternal ones!”
16. One of the strongest arguments of this book and worth sharing, “In case after case, without exception, the trend has been to find that purely natural causes underlie any phenomena. Not once has the cause of anything turned out to really be God’s wrath or intelligent meddling, or demonic mischief, or anything supernatural at all. The collective weight of these observations is enormous: supernaturalism has been tested at least a million times and has always lost; naturalism has been tested at least a million times and has always won.”
17. Provocative questions. “If God was and still is perfect, what need, or why intend the creation of the world?”
18. Why science makes it worse for the KCA. “When it comes to physics, one physicist has told me they know of no working physicist who holds to Craig’s Neo-Loretnzian interpretation.”
19. Provides a chapter where Pearce sets out to what he thinks an apologist like Craig might claim as counter-arguments and proceeds to defend his arguments from such objections.
20. A satisfactory conclusion. “Indeed, the real aim of this book was not to disprove that God created the universe but to show that the KCA cannot prove that God did, using those premises and the resulting conclusion.
21. Notes and formal bibliography provided.

Negatives:
1. I fear that this book will have a limited audience because philosophy is not everybody’s cup of tea. Furthermore, this book’s focus is solely on the KCA.
2. Despite being a book that at worse is an intermediate level book, some concepts are still hard to follow.
3. Lack of visual supplementary material that may have helped the layperson better understand the concepts presented.

In summary, this is a solid effort from Pearce. I like that he goes after William Lane Craig’s best arguments in defense of the KCA and has the integrity to state what we currently know and what we don’t know. In some respects, Craig makes use of the God of the Gaps fallacy to insert “God” where at best we must acknowledge our common agnosticism. Not the easiest topic to follow but those interested in it will find this book to be worth the read. I recommend it!

Further suggestions: “The Problem with “God”: Classical Theism under the Spotlight” by the same author, “God’s Gravedigger: Why no Deity Exists” by Raymond Bradley, “Unapologetic: Why Philosophy of Religion Must End” and “Christianity In the Light of Science” by John Loftus, “The Portable Atheist” by Christopher Hitchens, “Godless: How an Evangelical Preacher Became One of America’s Leading Atheists” by Dan Barker, “A Manual for Creating Atheists” by Peter Boghossian, “Jesus Interrupted” by Bart D. Ehrman, “Why I Am Not a Christian” by Richard Carrier, “The Soul Fallacy” by Julien Musolino, “The Big Picture” by Sean Carroll, “The Illusion of God’s Presence” by John C. Wathey, “The Not-So-Intelligent Designer” by Abby Hafer, and “The Universe” by John Brockman. 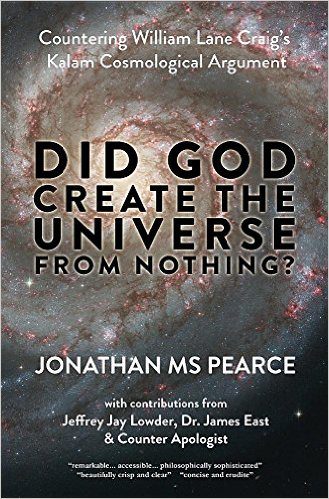 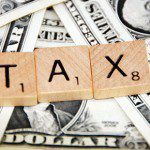 February 12, 2017
A Penny Saved: Corporations, Churches and Tax
Next Post 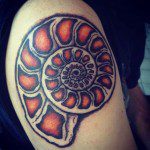 February 12, 2017 A Great Tattoo To Have On Darwin Day
Recent Comments
0 | Leave a Comment
">> "... and never stating what 'point' you had to make"> "I've told you repeatedly...." In ..."
Raven Religious vs Nonreligious blogs: Freedom of ..."
"The problem is, and it’s the reason this type of forum exists, is that it’s ..."
Geoff Benson Quote of the Day: 3lemenope on ..."
"It wrongly implies that the only reason anyone is religious is because they never questioned ..."
C Peterson On God-Fearing Theists
"Verily I say unto ye, I careth not what they believe. I send them all ..."
Gord O'Mitey On God-Fearing Theists
Browse Our Archives
Follow Us!