What Are We Doing? And Why?

The very name of this blog, “A Tippling Philosopher,” hints that we aim for wisdom, rational thought [Well, minus the “Tippling”, of course! – JP]. We want to understand, and help others do so. But a large and growing body of research shows most people, much of the time, don’t think rationally. They (i.e., WE) are moved by emotion, biased thinking, wishful thinking, and much more.

But the contributors to this blog hope to replace conventional religious thinking with a more rational, naturalistic pattern, and lead people to be more, not less rational. So, are we wasting our time and effort, because people’s thinking will always be non-rational?

Frankly, this worries me, a lot: personally, because I wonder if pursuing philosophy is futile. More important, socially, because a democratic form of government is predicated on people’s making (mostly) rational decisions.

Maybe it will help to think in terms of a metaphor; I’ll outline the–extremely silly–one that occurs to me. It seems to me that some such metaphor corresponds to the way most people think. (Maybe even the readers–even the writers!–of this blog.)

I’m writing this after Donald Trump’s (in)famous press conference of 16 February 2017. I won’t try to describe it. I can’t. Better writers than I have confessed that they can’t. Watch it, if you can. I can’t.

One reaction to the conference is that U.S. TV comedians swarmed to the assault, satirizing Trump from every imaginable angle. (Some are pretty funny, I think.) And maybe this is the most effective response to Trump’s unintentional humor: point up the buffoonery of the buffoon. People may ridicule Trump and reject his policies because of that ridicule.

And, more relevantly for present purposes, some comedians publicly ridicule religion, causing some listeners to reject it, with little or no thought of the logical arguments involved.

So what is our role? I offer this metaphor to illustrate. Think of the average person as a water skier, skimming happily along the water’s surface, giving no thought to what’s beneath–i.e., the underlying logic of the arguments. But, all the while, knowing that the water beneath his skis is only a couple of feet deep! So, if he should fall down, he can easily reach solid ground, and once there, he can stand upright on the submerged logic of rationality and science. To belabor the obvious, this means that most people won’t–and needn’t–stand on the solid ground beneath, the minutiae of philosophy and science. But they know that knowledge is there if and when they need it, to be consulted whenever, and in however much depth, is necessary.

More than once, while I was teaching, I had students tell me that they had not read deeply into the literature of religion. But they were invariably sure what they would find if they did: they were perfectly positive that, if they just did the necessary work, they would find the support they wanted for the religious beliefs they learned in the third grade! Depending on the circumstances, I tried to suggest mildly that I had, myself, done quite a considerable bit of such reading–and I came to just the opposite conclusion! The more deeply I studied, the more convinced I became that third-grade religion (and any other) just didn’t stand up to scrutiny. Needless to say, my suggestions fell on deaf ears.

So, Jeremiah is certainly right: we shouldn’t expect life-long religionists to lie down and play dead. Some of them will never be reachable, no matter what we say; and some will only be worn down by years of attrition, much of it non-rational, including humor and social disapproval.

Of course, this is the situation we are all in with respect to almost every field of knowledge: science, almost all fields; medicine; technology. We accept the best-supported conclusions (as far as we can tell) in these and many other areas, on “authority.” But really on the belief that knowledgeable people in such fields probably know what they are talking about. And all I’m suggesting is that we who write about skeptical religion ask for (and, is it too much to ask, be given?) similar respect.

And what is the alternative? If we don’t have the courage of our convictions, if we give up the effort to reach the truth rationally, we can’t teach anything! Philosophy, as I used to teach and Jonathan still does; but also the sciences like Jeremiah’s field.

We are trying to lay a rational foundation for an alternative to theism. And, as I have suggested before, an alternative to animism. So those who feel inclined to reject traditional (or any) supernaturalism will have somewhere to look for support of their inclination, where cogent reasoning, not just imprecations, is appealed to.

Of course, this does not mean that we are always right. Even on this blog we sometimes disagree among ourselves! And, of course, we sometimes have to change our minds, when we get new information or new perspectives. But this diversity is the price we pay for having no central authority. Do you really want a Pope? I don’t!

So, if you don’t care to walk on the bottom, at least get on your water skis! 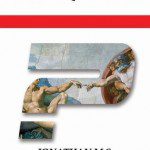