Answering Zetes on Yahweh and the Evolution of God

Answering Zetes on Yahweh and the Evolution of God March 16, 2017 Jonathan MS Pearce

I have, in the past, posted extensively on issues pertaining to the Bible and ideas of God in the form of Yahweh. I maintain that, as the culture theologically evolved, so did the god that they held so high. Originally, Yahweh was one amongst a pantheon, or even council, of gods. There was a movement from monolatry (the belief that your god is the best out of a number of equally existing gods) to monotheism (yours is the only one who exists at all).

Yahweh gets recast, and evolves to become this singularly existing god, later known as God. He even shook off his divine consort, Asherah.

I conclude with this:

The point seems to be clear. That whilst these facts and claims seem to point to an obvious evolution of the Yahwistic notion of God, it doesn’t invalidate it per se. However, concerning probabilities, what scenario better explains this evolution: atheism or Christianity? I would wager atheism. Not only that, but, as posited, the Christian notion of God on a day-to-day basis is so far removed from this tribal god as to show that Christians no longer really believe this side of God, no longer believe in Yahweh as HE was.

The gender-neutral idea of the philosophical God of, say, Aquinas, or more more theologian-philosophers is a far cry from this emergent deity, once part of a pantheon, once courting a ladyfriend. So on this point, we’re all atheists together…

Someone has recently replied on my previously blog site at Skeptic Ink with this comment:

Here’s the thing, though.

If I stand really close to an elephant so that I can only see and touch part of it, my understanding of that elephant is going to change once I back up.

Looking at the bible, and I’ve been doing a lot of research on this, this is what I see:

Of course, I concluded with the idea that this evolution does not invalidate the existence of that particular god per se. There is no deductively derived proof of non-existence; instead, we must look to inductive, probabilistic approaches. Where we see every other god in the world of history and anthropology recede into non-existence on the back of such anthropocentric and -genic comprehension of the state of divine affairs, we must see this as casting Yahweh, of God, in rather skeptical light.

I’m glad this chap has been doing lots of research on this, but his conclusions are pretty sketchy.

Merely asserting stuff on the back of nebulous research is not very persuasive. Given that he does exist, what makes the commenter think he is right in knowing which particular version of said god is actual and real? How does he know that everyone else is misunderstanding but him?

This idea of progressive revelation is dodgy, anyway. If revelation, over a very long process, gets incrementally closer to a proper understanding of God, why the long wait? Why not just an instantaneous revelation? Are we that dumb that we have to wait till humanity has evolved to be cleverer to tell us that God is really only one entity? What about all those people in the early stages who don’t get to access a proper version of God? And so on.

Of course, all those claims about Baal and other gods really do tap into the idea that Yahweh was one god amongst a council of gods. Heck, he really needs to read up on the documentary hypothesis and other more critical anaylses of the Bible. As I mentioned:

This is because any word for anything that resembles a god becomes God or Lord or similar, with monotheistic inferences. However, in this passage ‘Most High’ is actually El Elyon, and ‘Lord’ is Yahweh. The god most high gives the 70 nations (as they believed) to his divine sons, or council, of which Yahweh is a member. Yahweh is given Israel to have dominion over. This is very explicit in the passage above. Eventually, the pantheon was streamlined to fewer gods, and combined El Elyon and Yahweh.

In Daniel 7 (particularly 13-14) you have Yahweh, after defeating the monsters of the deep and dragons and so on, and he (One like the Son of Man) assumes a position in heaven next to El Elyon (Ancient of Days). Eventually, these two gods get combined, and Yahweh ‘consumes’ El Elyon’. This is reflected in Genesis 14 when the blessings indicate a double God blessing showing the streamlining. This is further shown in Psalm 82 when God topples the other gods from their thrones and condemns them to Sheol where their stumbling causes earthquakes.

And then there is the Divine Council and so on. Really, the Jewish and Christian religions are so incredibly obviously ‘anthropogenically’ evolved that it is amazing that anyone believes that they are true history. Or believe that they can harmonise all the totally contradictory passages like the ones above to fit in with a monotheistic outlook.

What we really have is thinking we are standing next to a rough-skinned elephant and then backing up to find it’s just a plain old rock.

Nothing to see here! 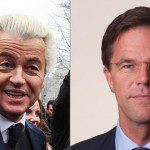 March 16, 2017 Staggeringly Good - Separating Blue States from Red: A Letter about Bluexit
Recent Comments
0 | Leave a Comment
Browse Our Archives
get the latest from
A Tippling Philosopher
Sign up for our newsletter
POPULAR AT PATHEOS Nonreligious
1