The Kalam: Uncaused Cause vs Ex Nihilo Creation

In discussing the Kalam Cosmological Argument the other day, there was a comment from Eric Sotnak that read:

This is an interesting point for discussion, so I will elaborate on it a little.

So often you see claims along the lines of:

These might seem like sensible points on an intuitive basis, but on closer inspection, there are some issues.

What is the alternative?

Well, for the theist who does not want to believe in an uncaused cause (apart from God, right), then the universe is created by God. However, it must be created out of nothing, since matter is contingent, and not necessary. Let’s, then, apply the same sort of logic and syntax from above to some more statements, this time about ex nihilo creation:

Now, the second set of statements might not hold, and if they don’t, then neither do the first ones, since the logic used is identical. You can’t tell me that a universe can’t pop into existence uncaused any more probably than a universe popping into existence, made from non-pre-existing matter!

Indeed, these assertions being made appear to be based on inductive reasoning by looking about at the universe around us. We don’t see things popping into existence without cause or ex nihilo. Well, there is quantum physics, and on some interpretations, you can see both of these things, so the whole argument is perhaps moot.

What the theist does, then, is invoke God and her magical qualities to be able to do precisely this. God can be uncaused and God can produce something out of nothing. The theist would respond, perhaps, by saying: “Okay, you’ve got me there. In a godless universe, both sets of claims have equal probability. But, given the existence of God, both things are more probable than without the existence of God.”

There are obvious claims of begging the question here, and rather than taking God as a given to then prove these claims, it is more often the case that these claims are used to argue to God, and then from God, these claims are more probable. It’s circular.

But there does also seem to be a problem of using ideas of causality that are derived only from our understanding of this universe here. What if there is a multiverse? How might causality operate between them, if it could? What does it say of reality outside of our universe? Can we even coherently use terms like “outside” given that there are no spatial dimensions without the spacetime of the universe?

At this point, most people’s brains start melting.

We must also consider that God can’t do these things, either. This is something I discuss a little in my book Did God Create the Universe from Nothing? If something is impossible, then it is impossible. To say God can do it, though, is to invoke magic. Why can God any more certainly create something out of nothing? If this is intuitively impossible, then why can God magically do it? It is, therefore, in some sense, coneivably possible. Likewise, God can get away with being necessary, philosophically, and she is then allowed to be an uncaused cause. Really? How? What does “necessary” even mean? In every possible world? Can we even be sure that such conceptual ideas have any real traction? And if God can be necessary, why not a universe? Why not matter? 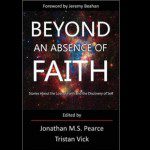 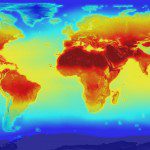