I am going to talk about another issue with the Kalam Cosmological Argument, as presented by apologist William Lane Craig. I will do this by quoting extensively from my recent book Did God Create the Universe from Nothing? Countering William Lane Craig’s Kalam Cosmological Argument. Please rush out and grab yourself multiple copies of this great book! (No, seriously, please…)

If causality depends upon the notion of time, then if the universe with its spacetime did not exist, how could the process of causality be enacted in the creation of the universe?

Does, then, causality depend on time? David Hume seems to have thought so. In his Treatise on Human Nature, Part III, section XV, he set out that “The cause and effect must be contiguous in space and time.” Causal lines are often defined in such a way that “the concept of a causal line can be used to explain the identity through time of an object or a person”, as Phil Dowe explains of Bertrand Russell’s reasoning on causality (Dowe 2007). It seems to me that time is a necessary paradigm within the confines of causation: time, in one sense, measures change; and something outside of time will have no change, since no causal force will be acting upon it. 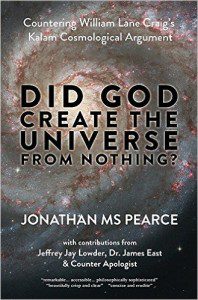 If we don’t have time, what do we have with regard to causation? Without time, we have simultaneous causation, a notorious problematic notion and one which proponents of the KCA need in order to satisfy the desire to make it a coherent argument. If two things occur simultaneously with each other, then one cannot define which one causes the other. William Wharton, a physicist at Wheaton College, concludes this, in his essay “Time and Causality”:

In closing, special relativity makes very clear that causation has a close connection with the time coordinate, unlike the spatial coordinates. There is no lower limit to the speed at which a causal chain can traverse space-time between two events. This means the two events can be at the same spatial location at different times. However the two causally connected events can not be at different spatial locations at the same time, because the maximum speed at which the causal chain traverses space time is the speed of light, c. Causal chains must traverse time but not necessarily space.

It does seem very problematic to take the behaviour of causation that we know only, and coherently, to operate in time, and then apply this to an a-temporal framework. As Jonathan Schaffer in his entry “The Metaphysics of Causation” in the Stanford Encyclopedia of Philosophy declares about the notion of simultaneous causation:

The main reply to the simultaneous causation argument is that the cases appearing to exemplify it are misdescribed (Mellor 1995). The iron ball takes time to depress the cushion, and in general all bodies take time to communicate their motions. There are no perfectly rigid bodies, at least in any nomologically possible world. Without the intuitive support of this sort of case, the simultaneous causation argument may be charged with begging the question.

The iron ball depressing a cushion is an analogy that Craig himself has used in public debates, and one that appears to be problematic. Grünbaum takes serious issue with Craig’s defences of simultaneous causation, both symmetrical and asymmetrical, where asymmetrical causation explains how X can affect Y but not vice versa. Grünbaum emotively declares[i]:

In any case, in the face of my demonstration above of the failure of Craig’s argument for a simultaneous cause of the Big Bang, this Craigean declaration is unavailing. But he also tells us that there are mundane cases of instantaneous causation that qualify as asymmetric, one-way or directed. And he cites Kant’s example of a ball denting a cushion. Another example is supposedly furnished by a locomotive pulling a train….

It is a commonplace that, if the special theory of relativity is taken into account, a force applied to one end of a solid rod lying on a table will not affect the other end simultaneously, because the transmission of an influence cannot be instantaneous in that theory. Similarly for Kant’s cushion-example and the case of the locomotive. In a footnote, Craig dismisses this denial of instantaneous causation. I regret to say that I can discern only question-begging babble in what he says there.

Worse, for good measure, Craig adds that, according to some philosophers, “all efficient causation is simultaneous.” It is the old maxim “Cessante causa, cessat effectus.” The argument given for this claim as stated by Craig is a patent non-sequitur and yields a false conclusion, thereby illustrating the pitfalls of such a priori theorizing about causation.

The KCA certainly provided ammunition for these two philosophers to fire loud intellectual broadsides at each other. Let me investigate the arguments that Grünbaum uses and refers to in refuting simultaneous causation. It is interesting to note that I have not heard Craig use the ball and cushion argument or indeed any simultaneous causation argument in any of his more recent debates but he does espouse it in much of his writing. It is important to show the objections to simultaneous causation here because it is fairly crucial to showing the inadequacy of the conclusion that the universe has a cause. Without time existing “prior” to the Big Bang, the cause of the Big Bang must have been simultaneous with the Big Bang itself.

For further arguments and development of these points and refutations of Craig’s position on simultaneous causation, at least within the universe, see Grünbaum (1994) and, particularly, Mellor (1998: 108-111). Craig deals with this lightly (assertively but without much meat to the bone) in Craig (2009: 196). 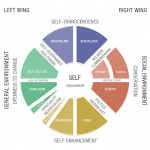 May 12, 2017 Political alignment and intelligence
Recent Comments
0 | Leave a Comment
"Oh dear oh dear! I just found out about your anti -gravity machine. No hard ..."
Katarina Persson On God-Fearing Theists
"LB: Second, this authorizes arbitrary abuse and even force, because you've declared rationality useless. That ..."
Luke Breuer I am Certain of My Atheism. ..."
"I think the UK would be fine. I find it all very contradictory. Leftist "United ..."
Person223 Thought for the Day: Military Spending
"Do please explain—and point to better examples of repentance that are 100% secular, if you ..."
Luke Breuer I am Certain of My Atheism. ..."
Browse Our Archives
Follow Us!

Nonreligious
God Is a Consequentialist. The Theist's Defence: God...
A Tippling Philosopher
TRENDING AT PATHEOS Nonreligious