Quote of the Day: Treyarnon on Islam

Over on another thread about the Islamist bomber in Manchester, and whether or not he is a Muslim (in response to the Mayor declaring he was a terrorist, but not a Muslim), Treyarnon has thoughtfully commented in line with my own conclusions on the matter:

You know what, I’m aware that that is the case in the U.S, but “in case you haven’t noticed” the U.S. is one relatively small part of the Christian world and is not representative of it’s entire reach or history.

The crucial difference is that they are a noisy pain in the arse but are losing influence overall, which probably partly accounts for their rather desperate attempts to gain control again.

It may not seem like it and I truly sympathize if you are stuck in the middle of it, but armed jihad is not really central to their beliefs, so they probably pose less of a risk long term to us non-religious or “apostates”.

Where would you rather be, the Bible Belt or Raqqa?

Also, see my comments below. There are crucial differences in how the two religions originated and developed. Yes they have produced ghastly behaviour, but it’s easier to counter from early sources in the case of Christianity, and in some ways they have far less excuse for it since it involves ignoring so many core texts.

Islam has a larger problem because it;s foundational texts, believed to be direct speech of God or recording the deeds of the most perfect human being ever, who should be emulated in all areas of life provide firmer grounds for the use of violence. Yes, the vast majority of practicing Muslims reject these ideas, but their fundamentalist brethren can push back more firmly on these points and accuse them on abandoning central principles of the faith. Our pretending otherwise doesn’t help moderates who are engaged in this struggle for the soul of Islam, sometimes at considerable risk.

And that I think was the point of Jonathan’s post…..

as well as stating:

No I wrote that now as you well know. I’m making a serious point that the two religions have differing roots and that matters because it’s harder to critique violence in one than the other – fact, see my response below on the issue of pacifism.

If you can’t see the difference between those two locations then I despair.

Did you actually read Jonathans’ post? As a philosopher he’s pointing out the the philosophical connundrum Muslims are dealing with. Trying to create a false equivalence won’t work however much you try.

I quite agree with the political points you are making.

But whenever and however instability arises in Muslim majority lands there will always be the likelihood that these ideologies will resurface, because, and this I think is the point of Jonathan’s post, they are a core part of Islamic thought. That’s the issue that keeps being ignored in the current debate.

Yes, we absolutely need to completely reevaluate our foreign policies regarding the Middle East and it will go some way to help. But as a number of commentators have noted, these fundamentalism’s will keep bubbling up within the religion. I still feel that the West simply ignores them even when they provide explanations because we refuse to take the religious worldviews seriously. Example, although i can’t link to it, I recently saw a statement from ISIL clearly stating that their two reasons for attacking the West were:
1) That we are unbelievers, those who link associates to God
2) Foreign interference in the Middle East

They then explicitly emphasized that the order was deliberate, saying they hated (their words) us because we are unbelievers, and even if we stayed out of their affairs, they were commanded to keep fighting us.

But we still play that down.

Edit:
I remember reading about a conversation between a leader of one of the charities supporting minorities in the Middle East and the then leader of the Muslim Council of Britain, who were firm friends. The Muslim leader commentated that Islam did not have a theology of being the underdog (or words to that effect). Early successes in gaining control of territory, which was seen as Allah’s gift. This makes the current situation even more difficult for them to handle, and we should be sensitive to it.

It is not an either/or. The situation is that our foreign policies have often not helped the matters (as Jeremy Corbyn has pointed out), but that there is a problem that is almost or actually unsolvable at the heart of the matter: the inherent violence at the heart of Islam.

Now there are many Muslims who reject such moral diktats from their holy book, but they do this by relegating their revelatory religious texts to below their own intuitive or societal (depending on where they live) moral value systems. We herald this happening, but realise that for this to be the case, they have to move further way from their source texts and the role-modelship of Muhammad. This is a problem for people attempting to be “true Muslims”, for want of a better term.

These are the tensions at play and that will always be at play, because as we celebrate liberal Muslims, we are asking those people to bastardise their own religious texts to allow for it. 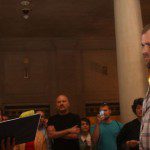 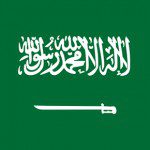