There has been quite a debate raging with regard to Natural Law Theory (NLT) in a post I recently wrote: Sex and Sexuality: Criticising Natural Law Theory. I would just like to add a few interesting problematic analogies to the conversation.

Now, there is undoubtedly a whole host of reasons why this sort of theory is problematic, many of which I discussed in the above post. However, I would like to throw another few analogies into the mix that should show further incoherence in these NLT ideas.

I wonder how many male NLT proponents argue that their female partner must grow their pubic and underarm hair without ever cutting it, or that they should let any unwanted facial hair grow. This, after all, would fit in line with the design function for the hair. I hardly think God designed hair to grow, but then insisted that it needs to be cut in particular ways and places. If it is there, it should be “used”, right?

This goes for male beards and hair as well. Indeed, any hair, male of female, should never be cut, because then you are contravening the purpose for which it was designed. We can propose theories for hair that make a lot of sense in terms of evolution, but these are not prescriptive functions. Evolution brings about physical anatomy, but it does not prescribe how the anatomy should be used because making an ought out of an is is a bit of a problem, according to most philosophers.

In realilty, men and women use their hair in many different ways, almost all to do with status and sex selection, rather than in terms of the proper function that hair really has. Scientists still debate the function, as Wikipedia states:

The next analogy is food. Food is sustenance, and we see this throughout the world. That we enjoy it is actually sort of coincidental. I say sort of because these are evolutionary mechanisms that come out of the development, often, of the food sources. Fruit tastes nice because it is advantageous for the plant to have its fruit eaten so that the animal can excrete the seeds within the fruit far from the parent plant.

Food isn’t tasty as a function per se; these qualities have evolved in unison with the animals that do the eating. We have grown to like eating meat because we would struggle to survive if eating meat was disgusting to our tastes.

And yet we routinely eat food because we like the taste and not because it enables us to survive. Eating has become a leisure activity as opposed to a survival activity. To argue that the function of eating is allowed to be applied to two purposes (survival and enjoyment) can equally be applied to the activities in the sexual domain. 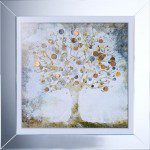