Having a chat with a friend online the other day, a syllogism concerning Natural Law Theory (NLT) was proposed. I’ll post it here to see what you think. Let’s see if we can refine it, and work out where the weaknesses occur.

For more information on the NLT, see these other posts I have just written:

Here is the proposed syllogism:

(A very funny article on the male G-spot from the Guardian can be found here.)

You could add to P1 other ideas, such as unknown function, or redundant function (for example, with vestigial organs). The appendix still provides us with ample opportunity to scrtch our heads in confusion.

I think P3 is the area that most needs tightening up, as some functions are necessary for survival whereas others such as the male G-spot certainly don’t appear to be. Whether the location actually exists is arguable, and it might have the function of having a “mini-orgasm” to pump semen further into the vagina. Indeed, we don’t know is whether pleasure during sex is necessary to compel us to engage in the sexual act and enable reproduction. One assumption is that the animal world suggests it isn’t, and that hormone changes alone could produce the required desires to ensure copulation. Therefore it seems reasonable to assume that having your genitalia as your own personal pleasure centre is an added designed function.

It seems that Skeptical Theism is the friend of theists who are confined to a difficult corner. When it suits them, theists loudly proclaim to know God’s intentions and his mind. But when it doesn’t, regarding (say) the Problem of Evil, “you cannot know the mind of God”.

Here, it seems, the Puritan Christian claims to know the mind of God in setting out the functional design features of our bodies and body parts. Conveniently, this fits in with other aspects of their conservative agenda.

Perhaps the wording of the conclusion could also be tightened up.

On the A Tippling Philosopher facebook page, Juan Crespo stated in light of the claims I have made in previous posts, and concerning this interrelation of procreation and pleasure in the sexual domain:

The updated version (less aristotelic and more humanistic) of NLT states that there are two “telos” for the (biology of the) sexual person: procreative and also unitive, the second having preeminence over the first….

“That teaching, often set forth by the magisterium, is founded upon the inseparable connection, willed by God and unable to be broken by man on his own initiative, between the two meanings of the conjugal act: the unitive meaning and the procreative meaning.(HV, #12)

By safeguarding both these essential aspects, the unitive and procreative, the conjugal act preserves in its fullness the sense of true mutual love and its ordination towards man’s most high calling to parenthood. (HV, # 12)

The spouses’ union achieves the twofold end of marriage: the good of the spouses themselves and the transmission of life. These two meanings or values of marriage cannot be separated without altering the couple’s spiritual life and compromising the goods of marriage and the future of the family. The conjugal love of man and woman thus stands under the twofold obligation of fidelity and fecundity. (CCC, #2363)

Never is it permitted to separate these different aspects [unitive and procreative] to the point of excluding positively either the intention of procreation or the conjugal relation. (Pius XII, Allocution to the Members of the II World Congress of Fertility and Sterility, May 19, 1956)”

So here, there is the argument that sex has two functions, or meanings: procreation and unity. Sexual enjoyment, arguably, can be seen in terms of forming that bond, or union. But then, surely, can any other “subversive” sex acts that involve both partners, that bring them together in conjugal love.

It seems like interpretations of NLT have to take ideas of pleasure fully into consideration, so moves like those above are fully to be expected in the realm of theology, which is itself the most reactive and post hoc activities there can be. 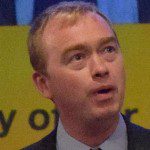 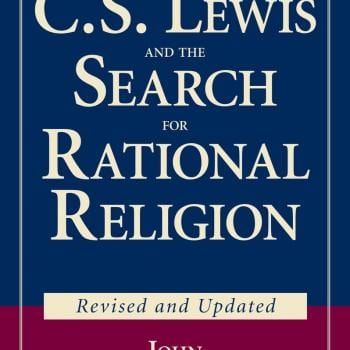 Nonreligious
On the Argument from Reason: Doxastic Voluntarism
A Tippling Philosopher

Nonreligious
Pearced Off! #7 - God Has No Free...
A Tippling Philosopher
TRENDING AT PATHEOS Nonreligious

A Cat’s-eye View of Creation: a feline fantasy...
IN the beginning Bastet created the Heaven and the Earth. And the...
view all Nonreligious blogs
What Are Your Thoughts?leave a comment
Copyright 2008-2020, Patheos. All rights reserved.