On the Argument from Divine Miscommunication

On the Argument from Divine Miscommunication June 26, 2017 Jonathan MS Pearce

The Argument from Divine Miscommunication, as set out by people like John Loftus (for example, in Chapter 7 of The Christian Delusion, titled “The Problem of Divine Miscommunication”), is a glaringly obvious one. There is so much confusion between theists on what God is, what God means, and what God has communicated, that either God is an utterly incompetent communicator, or he does not exist.

Yes, you can come up with all sorts of ad hoc rationalisations as to why he may have intended such confusing communications, such that he is testing us, or the journey through the murk to a clear belief is beneficial to the believer, or some such mental contortion. But the most obvious interpretation of such confusing revelations (crucially, both across religions and within religions) is that the hodge-podge of texts, appearances and inferences belie the existence of God.

The fact that there is so much muddled theology and varied denominational worldview construction, should tell us something. 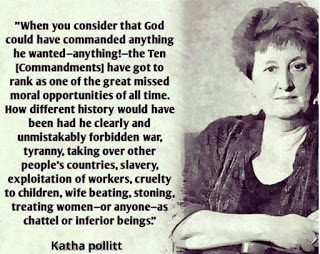 We could look at the Thirty Years War, Northern Ireland, or any other Christian-on-Christian conflicts over time (some 8 million perished in the former). These are the direct result of a failure to adequately communicate. But we could also extend this across religions. If God really wanted us to come to love him, to enter into that holy relationship, then he could appear to us now, universally, and say, “I’m here! And while I’m at it, you know that Islam thing, well, it’s bollocks.”

We then get into the whole cross on the moon idea. Indeed, we can look to extremes to clarify: either God tells us nothing, in which case we make up a load of things (for varying reasons and in varying ways) as a result of a complete lack of supernatural guidance, or God tells us everything and we are left in no doubt whatsoever that God exists, and what he wants from us.

If God put a cross on the moon now, and wrote some commands in the air in front of everyone’s eyes, and so on, humanity would be left in little doubt.

On the one hand, we have no guidance and we are left to freely divine from the universe around us something about God; on the other hand, we are left with little to the imagination, being dictated everything about God and his expectations.

But at least in the latter case, we would get it right. At least humanity, as a whole, and all at once with equal access, would be given the same complete information.

It’s the classic looking for an arbitrary, optimal level – a problem that often comes up in these scenarios. The problem is, with all our muddled confusions and doctrinal arguments and resulting death (or at the very least, getting it wrong), we must have had have a perfect amount of revelation.

Since mysterianism (it’s a mystery, but it must be true) is presently the preferred position du jour for understanding the crucially important Holy Trinity, then the whole situation just looks incompetent and bizarre. 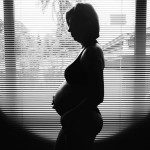 June 27, 2017 The Unholy Trinity - Bodily Autonomy Doesn't Exist?
Recent Comments
0 | Leave a Comment
Browse Our Archives
get the latest from
A Tippling Philosopher
Sign up for our newsletter
POPULAR AT PATHEOS Nonreligious
1

Nonreligious
The Case Against Miracles
A Tippling Philosopher 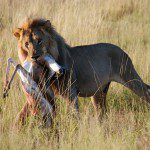 Nonreligious
Pearced Off! #9 - Why Don't We Photosynthesise?
A Tippling Philosopher