The Mortal Danger for Environmental Activists

I have posted before about the tension that exists between the free market corporate enterprises and the environment. The free market cannot arbitrate for negative externalities. These are the costs that are caused by corporations in the production of their goods, but are not borne out by the corporations themselves. They are most commonly environmental costs.

In other words, if a corporation wanted to produce a good as cheaply as possible to maximise profits (the driving force of the free market, in essence), and to do this they polluted a river, the free market cannot arbitrate for the damage done to the river. This is where governments have to step in to regulate in order to mitigate the damage. The reversal of such damage (fixing environmental degradation) is usually carried out at a cost to the taxpayer, unless governments can fine the corporation involved.

There will always be a tension between the environment and corporations because the environment is perceived as this giant freebie that everyone has the right to treat as they want.

Environmental activists see this and do their utmost to expose the role of corporations in violating the environment.

The problem is, where environmentalists are perceived to be in the way profiteering, they become collateral.

The Guardian, yesterday, reported the rate of death for environmentalists is now going through the roof. The byline reads:

Exclusive Activists, wildlife rangers and indigenous leaders are dying violently at the rate of about four a week, with a growing sense around the world that ‘anyone can kill environmental defenders without repercussions’

The news is always depressing, but this depresses me more so than usual. There is something sinister and soul-destroying about the pervasive thirst that human nature has for greed at the expense of things, people and animals that can’t fight back.

Two hundred environmental activists, wildlife rangers and indigenous leaders trying to protect their land were killed in 2016, according to the watchdog group Global Witness – more than double the number killed five years ago.

And the frequency of killings is only increasing as 2017 ticks by, according to data provided exclusively to the Guardian, with 98 killings identified in the first five months of this year.

John Knox, UN special rapporteur on human rights and the environment, said: “Human rights are being jettisoned as a culture of impunity is developing.

“There is now an overwhelming incentive to wreck the environment for economic reasons. The people most at risk are people who are already marginalised and excluded from politics and judicial redress, and are dependent on the environment. The countries do not respect the rule of law. Everywhere in the world, defenders are facing threats.

“There is an epidemic now, a culture of impunity, a sense that anyone can kill environmental defenders without repercussions, eliminate anyone who stands in the way. It [comes from] mining, agribusiness, illegal logging and dam building.”

In May, farmers in Brazil’s Maranhão state attacked an indigenous settlement, hacking with machetes at the hands of their victims in another land conflict that left more than a dozen in hospital. There have also been killings of environmental defenders and attacks on others in Colombia, Honduras, Mexico and many other countries since the new year.

Most environmental defenders die in remote forests or villages affected by mining, dams, illegal logging, and agribusiness. Many of the killers are reportedly hired by corporations or state forces. Very few are ever arrested or identified.

This is why the Guardian is today launching a project, in collaboration with Global Witness, to attempt to record the deaths of everyone who dies over the next year in defence of the environment. We will be reporting from the world’s last wildernesses, as well as from the most industrialised countries on the planet, on the work of environmental defenders and the assaults upon them.

And that’s why I am really appreciating The Guardian at the moment. They are advocating for responsible and meaningful journalism in a world that is perilously close to dismissing the whole sector. Their series on the tobacco industry over the last week has been powerful, fascinating and much needed. Indeed, it carries on the work of John Oliver when he ran the subject:

Back to the environment:

More broadly, Latin America remained the most dangerous region for anyone wanting to protect rivers, forests, mountains and oceans, accounting for 60 of the global total of killings of environmental defenders even though it is home to less than a tenth of the world’s population.

With major economic interests at stake, state security forces were behind at least 43 killings globally – 33 by the police and 10 by the military – while private actors such as security guards and hitmen were responsible for 52 deaths.

The human cost of all this is terrible, said Laura Cáceres, one of the daughters of Honduran indigenous Lenca leader Berta Cáceres, who was murdered in 2016after resisting the Agua Zarca hydroelectric dam on the Gualcarque river.

Now in exile following death threats, Cáceres was recently in Oxford, in the UK, at a conference organised by Not1More (N1M), a group founded in 2016 in response to the violence facing environmental defenders.

“Berta Cáceres was a hindrance to the system,” she said. “[Honduras] is so battered; 30% of the land has been granted to transnational corporations. Companies are taking over ancestral territories. Forests are being privatised. My mother was passionate about her land, her roots, and she was horrified by the sinister and violent forms with which imperialism acts.”

The problem is, in these cases, the government are no help at all, as they are corrupt and being paid off by the corporations. This isn’t just leftist propaganda, this is really what is happening on the ground. The highest profile activists who have had huge support locally and across borders have still fallen foul and been murdered.

There is nothing heartening about this situation. There seems to be no silver lining. Even the Great Barrier Reef, admit experts, is too late to save.

Moreover, in the world’s richest countries, things are not easy: look at the debacle that is Standing Rock.

Things are not looking good. We must act, but how? 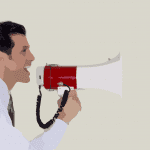 July 14, 2017 FOX News Is At It Again
Recent Comments
0 | Leave a Comment
Browse Our Archives
get the latest from
A Tippling Philosopher
Sign up for our newsletter
POPULAR AT PATHEOS Nonreligious
1