The other day, David Armstrong from Biblical Evidence for Catholicism with Dave Armstrong, a blog on the Catholic channel here at Patheos, posted a rebuttal to one of my most recent deconversion accounts. My deconversion series has been running for some time and was the basis, originally, for one of my books: Beyond an Absence of Faith. 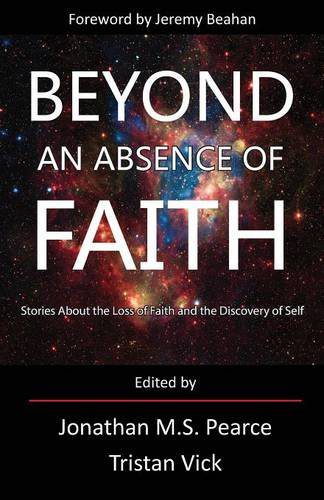 This is the first in Armstrong’s Atheist Deconversion Story Series and he takes aim at Anthony Toohey’s account of his loss of faith. To give you Armstrong’s conclusion first:

In conclusion, I don’t see anything here in this deconversion story that would compel anyone else to forsake Christianity. At best it is an account that raises serious questions about extreme fundamentalist Christianity, which I fully agree with. But since that is merely one fringe element of Christianity, it is irrelevant as to the truthfulness of larger Christianity, let alone atheism as a supposedly superior and more rational and cogent alternative worldview.

Of course, detailing the entirety of one’s deconversion in a small account like this will always be a summary of some of the poignant aspects, not a comprehensive version of events. So, what are Armstrong’s main points of beef?

But we don’t know how much he actually knew about Catholicism . . . seemingly not all that much, if he could forsake it  merely because of a Bible trivia game and the usual ignorant “Chick Tract”-like anti-Catholic sermonizing. Hence, he appears to have been like many millions of insufficiently catechized Catholics: almost to a person unfamiliar with apologetics, or the reasons why Catholics believe as they do. This is a common theme running through deconversion stories: either relative or profound ignorance of one’s own Christian affiliations. If we don’t know why we believe whatever — have no reasons for it — , then obviously we are easy targets of those who would dissuade us from our shallow, non-rational beliefs.

This has hallmarks of the No True Scotsman Fallacy. Whilst we might not know the finer details of why and what Toohey originally believed (this wasn’t, after all, the point of the piece), it seems perhaps disingenuous to present what might arguably be a huge straw man of Toohey’s Christian belief.

There is a good point in amongst this critique, though, as summed up here:

As so often in these stories, one extreme sect is universalized to all of Christianity, as if it is representative of that whole. Atheists reading such gory details sit there lamenting, “see what rascals and morons those damned Christians are! So glad I came to my senses and left it. Best thing I ever did . . .” They never seem to realize that one extreme and twisted version of Christianity is not the whole ball of wax.

This is certainly true. One can reject a particular sect or church because they might have more egregious views, and, as such, reject the whole of Christianity as a worldview.

But this works both ways. Let’s take Armstrong’s supposedly correct view of Christianity, X. Now, compared to the hardcore fundamentalist version, one might see X as being liberal and wonderful and correct. But to the atheist, or to any next person, there might still be aspects of X that are egregious. Homosexuality, for most Catholics (for example) and for most Christians (using “biblical evidence”) is a sin, in some manner. And so rejecting that and thus rejecting Christianity, you could move to, say, an even more liberal version, or reject it outright. But one could still accuse someone of rejecting X, and Christianity outright, of throwing the baby out with the bathwater. There is a danger of inoculating Christianity from ever being able to be rejected like the con-artist’s shell game, forever moving those cups. And everybody thinks that their own version of Christianity is the correct one, as Armstrong naturally will do here.

Of course, the core points of rejection are what are worth dealing with.

Toohey looks briefly at biblical exegesis, and biblical contradictions in particular. Armstrong then attacks him for a “shallow” position, before presenting reasons why there might be contradictions in light of a Christian god. Briefly:

I’ll look at this from a philosophical point of view. If an OmniGod can’t think up a way to deliver a perfect revelation, then he’s a bit of a dunce. Take slavery: God knew that the Bible would be, through his countenancing of slavery and lack of clarity about its moral value, used to justify slavery for almost 2000 years. This is poor revelation and poor foresight. As I have said many times before, God missed a trick in not outlawing slavery in the Ten Commandments. Instead, with an air of self-obsession, he gives out a load of often shoddy rules. I think contradictions are a real problem. In order to harmonise them, one has to be able to study the issues, the source texts, often understanding the original language, form and textual techniques and so on. This is such an elitist approach to entering into a solid and warranted relationship with God. Only people who can withstand the rigours of such intellectual analysis can have a justified belief in God, contradiction free.

I don’t buy the harmonisations to the many contradictions, at least in a good many cases. There are real problems here, and ones which, even I (if I created a holy book from scratch) could contrive not to manifest. 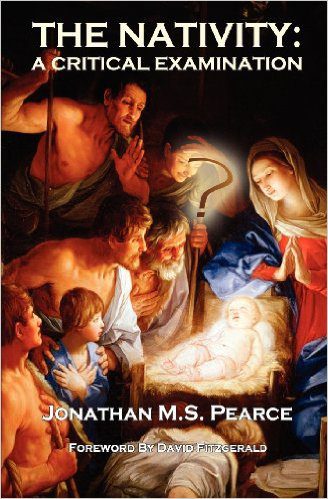 It appears that Armstrong thinks he has cracked the contradictions issue (he has “analyzed relentlessly shoddy, illogical, fact-challenged atheist attempts to run down the Bible”..), but from personal experience and a lot of reading on these subjects (and having written a book on the blatant contradictions of the Nativity accounts), I can assure you these are far from being harmonised. Far from.

This is just a short piece for now. I will leave it there, and return to look at the second half of Armstrong’s critique later this week. Tomorrow I am giving a talk on the problems with free will. I would like to see him argue out of that one. 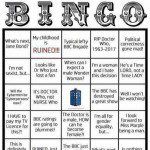 July 20, 2017 To Ban or Not To Ban, That Is the Question
Recent Comments
0 | Leave a Comment
Browse Our Archives
get the latest from
A Tippling Philosopher
Sign up for our newsletter
POPULAR AT PATHEOS Nonreligious
1