The problem of induction, and possibly deduction, too

The problem of induction, and possibly deduction, too July 21, 2017 Alan Duval

There are a lot of premises, conclusions, and full syllogisms dotted in amongst the text of this piece, so I have italicised all of them, so they stand out a bit from my text.

We know that if a deductive argument is valid, that true premises lead to a true conclusion:

A classic example of this is:

All men are mortal.
Socrates is a man.
Therefore, Socrates is mortal.

However, where one of the premises is conditional (which is to say, contains a qualifier like “Almost all…” or “Most”, this makes the deductive argument invalid:

Most men are mortal.
Socrates is a man.
Therefore, Socrates is mortal.

To be logically correct, but now inductive rather than deductive, it should read:

Most men are mortal.
Socrates is a man.
Therefore, Socrates is probably mortal.

An inductive argument needs to have some sense of proportion applied to the “most” which will quantify, to some degree, the “probably”… and before you know it we’re in Bayesian territory.

The problem of induction comes in where a generalization can derail an argument by providing a counter-example to a (usually first) premise. To again go with the most famous example:

All swans are white

Sidenote: for the longest time this made no sense to me as, having been raised in New Zealand, I had seen far more black swans than white swans, until I moved to the UK.

It is unfortunate, then, that the classic example of the deductive argument is bordering on enthymemetic:

All men (so far as we know) are mortal.
Socrates is a man.
Therefore, Socrates is mortal.

An enthymeme is simply a syllogism where one of the premises, or indeed the conclusion, remains unexpressed. As you can see from the parenthetical addition above, the major premise leaves some important information unstated.

OK, maybe not a full-blown enthymeme, but appropriate scientific skepticism should generate the premise (sans parentheses):

All men, so far as we know, are mortal

Indeed, if you’re a fan of certain interpretations of Kurzweil’s singularity, with human-machine interfaces and augmented intelligence:

All men, so far, have been mortal

The more usual example of the crossover between deductive and inductive arguments is as follows:

As with the Socrates example above this would be more correct if written, thus:

Taken from the point of view of an ignorant man on a flat earth, there is the possibility of the sun not rising tomorrow. Taken from the point of view of knowing that the earth orbits the sun – giving rise to the appearance of sun rises – and that a great many things would change (not just the sunrise) were the earth to stop spinning, or the sun to disappear, such an occurrence borders on the impossible.

God as the basis for logic

It’s a presuppositionalist stand that the only reason humans have logic at all, is because God allows it, and that God is not only not bound by the laws of logic, but transcends them.

I dismiss all presuppositional apologetics as question begging to an even greater degree than regular apologetics, but I mention it here for a reason.

One thing that the highly religious and the highly politically conservative have in common (aside from often being the same people) is that they crave cognitive closure. In other words, they crave the deductive argument, when only the inductive argument is available. They position themselves somewhere on the spectrum between normal human rationality (rational enough to get by) and presuppositional apologist (highly irrational).

Most men are mortal.
Socrates is a man.
Therefore, Socrates is probably mortal.

Now, a Christian believer might argue that only Jesus has ever been both a man, and immortal, but as God recognises that there are other gods, ones that his believers should not hold in higher esteem than him, Christians must recognise that such gods might be able to make other men immortal, and allow them to live corporeally atop Olympus, or whatever.

Similarly, this example, given earlier, of a seemingly deductive argument that is in fact inductive:

…is actually more firmly inductive under Christianity, because Christians (apparently) believe that the sun doesn’t rise every day:

Joshua 10:13 And the sun stood still, and the moon stayed, until the people had avenged themselves upon their enemies. Is not this written in the book of Jasher? So the sun stood still in the midst of heaven, and hasted not to go down about a whole day.

(Amusing to note that the Book of Jasher is unknown, to this day, so no-one has been able to say whether it was written in the book of Jasher, or not.)

July 21, 2017
"Will Atheists Admit That There Is Good Reason to Leave Atheism and Adopt Christianity?"
Next Post 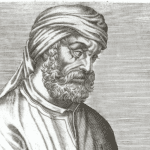