Why Is There Anything?

“Why is there anything, rather than nothing at all?”

This is the go-to final question that religious believers pose to nonbelievers. In an article in August/September issue of Free Inquiry (FI) magazine, Stephen Maitzen, a philosophy professor at Acadia University addresses the question. He calls it the “Fundamental Question.” (FQ)

He doesn’t mince words. He asserts that “FQ, taken at face value, is a semantically defective pseudo-question” that he says does not deserve an answer. If you pick out any particular “thing,” a naturalist (nonbeliever) can answer the question. But how can anyone respond to the vague “anything?”

“Why” can have at least two meanings. If it refers to a stated assertion, it asks, “What is the logical basis for your assertion?” If it refers to the natural world, it asks, “What is the cause of…?” In this case, I think religious believers are generally referring to the latter meaning. But a “thing” can have many meanings too, and the author gives the example of a ball-point pen, which can be thought of as one thing, or several if it is broken down into its component parts…or billions or trillions if it is broken down into its individual atoms and molecules…or further into their subatomic parts.

A slightly better question that a creationist could ask is “Why is there everything?” Now the response should be, “Okay, let’s take them one at a time and I will tell you what caused them.”

The argument then decays into the endless chain of causes and effects, and the believer triumphantly proclaims that the naturalist cannot produce a First Cause, and therefore must admit that God did it. Which is, of course, special pleading nonsense, because they are saying, in effect, that the naturalist must always obey the rules of cause and effect, but the believer can invent a supernatural being that is not constrained by that. If you make the rules for the game, you can always guarantee that you will win.

The author addresses the question as Robert Ingersoll, the famous 19th Century freethinker, would have done. Ingersoll said that he thought the stuff of the Universe…matter and energy…has always been here. This makes the need for a First Cause unnecessary. The chain of cause and effect goes back and back and back…forever.

Now for humans, that is a difficult concept, because everything we see in the natural world has a beginning and an end. Living things are born, live out their lives, and die. Even mountains raised by tectonic forces, are eroded back into flat land given enough time. The idea that the Universe has always been in existence is a mind-bender.

But is it any more mind-bending that the idea that a supernatural entity that has always been here created it all out of nothing?

Maitzen has a lot more to say about this, and says it much more elegantly and convincingly than I have. If you have an interest in such things, I strongly recommend that you find a copy of this issue of FI magazine. There are other articles in this issue that address related topics. I find something of great interest in every issue of this magazine. (Full disclosure: I had an article published in it last year.) 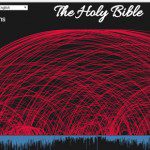 July 24, 2017
The Importance of "Insignificant" Biblical Contradictions
Next Post 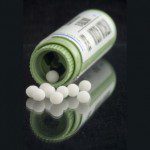