MR on Veiled Threats and Belief

There is an interesting thread over on another post, part of which is a conversation between Jim Dailey and MR. MR produced a number of quotable quotes, two of which I will lay out here for further discussion. People put so much effort into their comments that they often need to be savoured or discussed further. The rest of these words (apart from his own blockquoting) are MR’s:

…will inevitably lead to misery, and your time to ameliorate misery is finite.

“Act now, your time is running out!” That’s the tactic of a dishonest salesman.

So we have a finite time on this earth to “ameliorate” things as you say. An infinitely finite time balanced against infinite punishment (or reward) once we cross that line. Just another clue that the whole thing is bunk.

Imagine a world of good and evil where both sides are equally powerful. God turns to humanity and says, “I can save you, but my time is limited! Please come to me or all is lost!” Now, I can buy the internal consistency of that story. God loves us, has limited power and wants a chance to save us from someone else. Makes sense as a story.

Now let’s consider your tale. God loves us. Creates us (and this is crucial), knowing that the vast amount of humanity is not going to follow him. Then, he is going to subject those who don’t to eternal misery for finite sins. Oh, and God is just. This is not an internally consistent story.

Now, I used to buy into the whole thing when I was a Christian. I used to bow down to the idea that, “Oh, I’m a terrible sinner, I don’t deserve God’s grace, yadda, yadda….” But, come on now. Let’s grow up. How is this even remotely just?

That view began to crumble when I took my eyes off myself and looked at other people I loved. How is it just that whatever sins my grandmother may have committed in her life deserve eternal punishment? Do you have children? What sin could your child possibly do that would merit such a thing? Do loving parents lock their children in the basement and torture them for the rest of their lives when they do something bad?

It makes no sense. This is nothing but fear-mongering.

I know, I know, God can do what he wants. But it just underscores a huge disconnect when you are claiming that you hold the moral grail, are Just to end all Justness, and then you pull a bait-and-switch where magically Unjust becomes Just but we just call it that. The story is inconsistent. As Ian noted,

The veiled threat is laughable.

It’s simply fear mongering. It’s what cults do. There’s no threat when you can see through the silliness. It’s only a threat that works on the gullible.

If you turn from love you will have a loveless existence.

What a silly, naive thought. God would have to be a real prick to bring people into existence knowing he was condemning them to an “eternal loveless existence.” (A modern day white-washing of the concept of hell because the church realized how ridiculous it was. The story is unraveling!). People didn’t ask to be born, to be created. It is an ultimate act of injustice to bring something into existence knowing that by doing so you are condemning them to eternal punishment (loveless orhell, take your pick). These are not the acts of an all-knowing, all-loving God. Even I could do better than that! Your story has holes in it.

The comedienne Mrs. Hughes has a joke about fighting with her teenage son. “We’d been fighting all week….” Finally he turns to her and says, “Well, why’d you have me then?!” She retorts, “Well, we didn’t know it would be you.”

See, that’s the thing. In your story, God knows. God knew when he brought the vast majority of mankind into existence that in that act he was condemning them to eternal punishment. He’s not saving them from anything. He didn’t have to create them, he didn’t have to make their lives eternal, he didn’t have to make the punishment eternal. He put them in that situation. By doing so, the story presents an unresolvable discrepancy between the supposed nature of God as a just, righteous being. The story unravels. In order to make a story believable, it should be consistent. Justice does not equal Injustice. The story presents an inconsistency in its portrayal of God’s nature. It’s an inconsistent story.

July 29, 2017
Quote of the Day: Hans-Richard Grumm on the Probability of Nothingness
Next Post 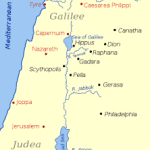 July 29, 2017 The Demons! The Demons! Replying to Armstrong on Biblical Contradictions
Recent Comments
0 | Leave a Comment
Browse Our Archives
get the latest from
A Tippling Philosopher
Sign up for our newsletter
POPULAR AT PATHEOS Nonreligious
1 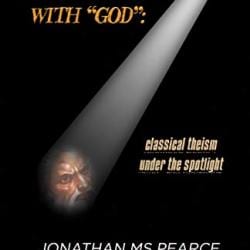 Nonreligious
The Problem with "God": Classical Theism under the...
A Tippling Philosopher
TRENDING AT PATHEOS Nonreligious