This World as Philosophically Necessary

In this post, I am going to consider the necessary property of God. God is often claimed to be philosophically necessary, with all other created things deemed to be contingent. I am going to challenge this prevailing idea.

First, let us consider what both terms (necessary and contingent) mean.

As mentioned, God is deemed to be necessary the fundamental foundation to reality. What might we understand by a logically necessary entity? As wiki explains:

The concept of a metaphysically necessary being plays an important role in certain arguments for the existence of God, especially the ontological argument, but metaphysical necessity is also one of the central concepts in late 20th century analytic philosophy. Metaphysical necessity has proved a controversial concept, and criticized by David Hume, Immanuel Kant, J. L. Mackie, and Richard Swinburne, among others.

Metaphysical necessity is contrasted with other types of necessity. For example, the philosophers of religion John Hick[2] and William L. Rowe[3] distinguished the following three:

To me, there is a distinct potential, here, of confusing the map with the terrain. We love to use logic and words as means to describe reality, but this does not mean they necessarily (no pun intended) are reality. After all, Christian philosophers have tried to use this technique to “logic” God into reality and existence, to much controversy.

Let’s grant God as necessary, for the sake of argument. He is a necessary entity, existent in all possible worlds (itself a controversial idea).

Okay, so we have a necessary God with necessary properties. One must really assume that his properties are also necessary otherwise the term “God” as being necessary is really meaningless. We then get to some form of classical theism (the properties of which I roundly criticise in my ebook The Problem with “God”: Classical Theism under the Spotlight) whereby God has the necessary ideals of perfect, or maximal, power, knowledge and love. 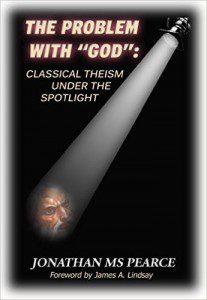 If God, then, as a necessary being, has necessary properties, and these properties necessarily cause a “decision” to create in a particular way – the most perfect (since all of God’s decisions must be perfect) way – then God’s decision to produce this world must also be necessary. It was the perfect choice (I can’t, given the constraints on God in this way, see him being able to produce all or multiple versions of creation unless these be seen as perfect in some way) to create this world.

God, in his necessary perfection, chose to create this world. And remember, without time (before the creation of spacetime) any “decision” to create would not be temporal or deliberative (since deliberation takes time) and would thus be instantaneous (for want of a non-temporal term). Therefore, it really does look like creation springs necessarily from a necessary god.

Ergo, this universe is also necessary.

I cannot think of a way that the universe is contingent upon God since it would exist “simultaneously” with God. There would be no spacetime, so God would exist in not even a temporal sense, and the universe would coexist as a necessary extension of God’s properties.

In a sense, arguably, if you have a necessary God, you have some form of pantheism or panentheism where the created is merely a sort of necessary extension of God.

I will formalise this into a syllogism in my next post. 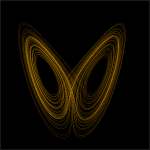 August 9, 2017 Patience Please! Give It a Few Days...
Recent Comments
0 | Leave a Comment
Browse Our Archives
get the latest from
A Tippling Philosopher
Sign up for our newsletter
POPULAR AT PATHEOS Nonreligious
1

Nonreligious
'Your Idea of “Fair” Does Not Equal God’s...
A Tippling Philosopher

Nonreligious
Does Evil Disprove the Existence of God?
A Tippling Philosopher
TRENDING AT PATHEOS Nonreligious