We recently resurrected the Tippling Philosophers, our friendly group of thinkers who meet up at the pub to discuss philosophy and, well, everything. This was the subject of our newly reincarnated group and the discussion was good.

Toleration is also something that came out recently during the issues that took place in Charlottesville (which is why we chose the subject). As liberals, should we be tolerant of those who are deeply intolerant of others? There is potentially a problem with toleration because there is this paradox of intolerance that was expressed in the image I posted the other day.

So I’d like to look a little bit at tolerance or toleration in today’s post. I’ll have to do a little bit of legwork to introduce the topic before discussing it in the context of the racial violence and the current political climate, and further problems that may arise, which I will do in a further post.

Toleration has a lot to do with self-control, autonomy and (liberal) politics but it really started in earnest with Socrates.

As we know from the Socratic method, Socrates was heavily involved in discussing ideas with others. This meant that he had to listen to others but also take on the idea that he didn’t know everything. Indeed, the core idea for Socrates was that we are all inherently ignorant. It is from this ignorance that we have to come to understand that we might not know everything and, therefore, be tolerant of other people’s points of view because we may know less about something than they do. Having an open mind is essential for the quest for truth.

Following the Reformation, many centuries later, people started to wonder whether burning heretics was the correct method du jour or whether we should be valuing toleration as according to either the Bible or our own human instincts.

Taking on Socrates’ understanding of human infallibility, thinkers were wondering whether we had the knowledge to justify such persecution. Philosophers such as Spinoza, Locke, Mill and Kant saw freedom of thought and something that could be valued. Indeed, we start seeing ideas of state and politics coming into play with regard to toleration.The state shouldn’t curtail freedom thoughts and perhaps the two are not at loggerheads. After all, the government can curtail actions but not necessarily freedom of thought.

Locke believed that the state couldn’t coerce bona fide religious belief and that it should tolerate pluralistic beliefs. It should only do this if the state itself is challenged in its security by those other religious beliefs. Of course, this still allowed him to argue that the wrong type of Christianity or even atheism was a threat to the state.

Rather like Socrates, Voltaire believed that human weakness should lead to toleration. This opened the door for skeptics to have some elbow room.This aligns with the position of sceptical theism, whereby we cannot know the mind of God. If we cannot know the mind of God, and it is difficult to have that dogmatic authoritarianism. There is arguably a gap here between political and religious authority and matters of the conscience. Hume and Kant were also important figures in thoughts about toleration.

In the US, ideas of toleration can be seen throughout the Constitution, drafted at this time.

In On Liberty, John Stuart Mill, the godfather of utilitarianism, stated: “the only purpose for which power can rightfully be exercised over any member of a civilized community, against his will, is to prevent harm to others.” A development of the idea of privacy takes place where the state shouldn’t have control over thought and ideas that don’t have effects on others. The pursuit of knowledge requires a freedom of thought: freethought. And if we tolerate our differences, he believed, we would be happier, as a society. Religious toleration, as an idea, is itself developed.

As the Internet Encyclopedia of Philosophy states of Mill’s theorising in On Liberty, he posited that:

(1) Silenced opinions may be true. To assume they are not is to assume that we are infallible. (2) Even false opinions may contain valid points of contention and parts of the truth. To know the whole of truth we might have to weave together parts of truth from different sources. (3) To claim to know the truth means that we are able to defend it against all vigorous opposition. Thus we need to be able to hear and respond to false opinions in order to know all of the arguments for a proposition. (4) Truth that is not continuously and vigorously contested becomes mere superstition. Such dogmatically held superstitions may thus crumble before even weak opposition and will not be heartily believed or defended.

In the 20th century, there was been a lot of politics and war, and some mass bloodsheds. This has affected how thinkers have viewed toleration – it is needed to counteract such atrocities. Now, toleration is not to be confused with moral relativism or indifference. Someone who is tolerance is not saying, “That moral position, because you believe it in the context you are in, is right.” No, they instead say, “You believe that thing from the context you are in, I believe it is wrong, but I tolerate it, suppressing my emotive reaction with rational thought.”

With the pluralistic societies we now live in – in terms of religion, race, gender, culture, prejudice, multiculturalism – liberal thought and toleration is at the forefront of political and societal thought and action. This can stretch to areas such as freedom of press and freedom of speech.In pluralistic societies, this starts to look like the state taking on third party refereeing, and can arguably lead to secularism where the state takes no sides, but offers itself to be neutral (epistemologically).

This ends up being a pragmatic approach that arguably leads to a healthier society (see the Nordic states, for example). The IEP says of this:

The idea of political toleration begins from the claim that diverse individuals will come to tolerate one another by developing what Rawls called “overlapping consensus”: individuals and groups with diverse metaphysical views or comprehensive schemes will find reasons to agree about certain principles of justice that will include principles of toleration. This is in part an empirical or historical argument about the way in which diverse individuals or groups eventually resolve their differences by way of a pragmatic commitment to toleration as a modus vivendi, or means of life. One could trace this idea back to Hobbes’ idea of the social contract as a peace treaty. Diverse individuals in the state of nature will, according to Hobbes’s argument in The Leviathan (1651), engage in the war of all against all. This war is ultimately unsatisfying and so individuals relinquish their warring power and create the social contract. The problem is that this pragmatic account leaves us without a metaphysical justification of the principles of toleration. Rather it comes to toleration from the pragmatic assumption that diverse individuals motivated by self-interest will agree to support the neutral state, which is then supposed to act as a referee in their disputes

The ideas of autonomy and liberty are at the crux of the notion of toleration. As the IEP states:

Moral concerns can also bring us to toleration. Tolerance as a moral virtue might be linked to other moral virtues such as modesty and self-control. However, the most common moral value that is thought to ground toleration is a concern for autonomy. We ought to refrain from negating the other when concern for the other’s autonomy provides us with a good reason not to act. Toleration that follows from a commitment to autonomy should not be confused with moral relativism. Moral relativism holds that values are relative to culture or context. A commitment to autonomy, in opposition to this, holds that autonomy is good in a non-relative sense. A commitment to autonomy might require that I allow another person to do something that I find abhorrent, not because I believe that values are relative, but because I believe that autonomy is so important that it requires me to refrain from negating the autonomous action of another free agent. Of course, there are limits here. Autonomous action that violates the autonomy of another cannot be tolerated.

Mill’s account of the principle of liberty is helpful for understanding this idea of toleration. Mill tells us that we should be given as much liberty as possible, as long as our liberty does not harm others.

That is worth reading a few times. To reiterate in simple terms: we should tolerate others only so far as the others don’t harm third parties. That’s where our toleration should end. It is this idea that I think is the most coherent understanding of tolerance – autonomous agencies being able to exercise their autonomy up to the point where it harms another’s autonomy.

There is potentially a paradox here: we should tolerate those things we find intolerable in others (and when those others are being intolerant themselves).

In Theory of Justice, John Rawls set out the liberty principle: “Each person has an equal right to a fully adequate scheme of equal basic liberties which is compatible with a similar scheme of liberties for all.” This is arguably the bedrock for political toleration.

There will evidently be tension between religions, which appear to almost universally dictate moral absolutes or benchmarks, and toleration. Stoning adulterers or gays, as decreed by the Old Testament, the Qu’ran or Hadith, plays merry havoc with our sense of moral intuition and tolerance, and becomes problematic in pluralistic societies whereby different religions will conclude differently on such matters.

Taking Rawls’ claims about liberty seriously, then, is a good foundation from which to argue from if we are going to have successful pluralistic societies.

The problem with toleration, as I will set out in my next post, concerns ideas of autonomy. If my autonomy is crucial, and thus so is yours, at what point is my autonomy impacting your autonomy in a deleterious manner? Where do we draw the line in “harming” others? If I am to be intolerant at a certain point, where do I draw the line, where is the tipping point?

And yes, my friends, I will indeed invoke the Sorites Paradox. I am predictable. 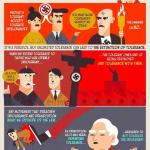