Jonathan Haidt: The Conflict Between Truth and Social Justice at Universities

Jonathan Haidt is a moral and political psychologist of great note. ATP’s Alan Duval has spent a lot of time in part agreeing and in part critiquing aspects of Haidt’s systems of thought.

Universities have become a hotbed of “social justice warriors” slogging it out with “free speech advocates”. I scare quote them because each term seems have morphed into battle zones for an ongoing identity politics war, hijacked by those who have certain agendas.

Haidt, here at Heterodox Academy, has produced his own thoughts. Here is a video he has created to sum up the issues he perceives that surrounds the idea that universities appear to have become the battle-line in this war:

Here is a link to download the powerpoint slides he showed in the talk. Teachers and professors may borrow freely from them. (Right-click and then “save link as”).

OUTLINE OF THE TALK

I begin with two quotations:

“The philosophers have only interpreted the world, in various ways; the point is to change it.” –Karl Marx, 1845

“He who knows only his own side of the case knows little of that. His reasons may be good, and no one may have been able to refute them. But if he is equally unable to refute the reasons on the opposite side, if he does not so much as know what they are, he has no ground for preferring either opinion…” –John Stuart Mill, 1859

Each profession or field has a telos. Fields interact constructively when members of one field use their skills to help members of another field achieve their telos. Example: Amazon, Google, and Apple are businesses that I love because they help me achieve my telos (finding truth) as a scholar. But fields can also interact destructively when they inject their telos into other fields. Example: Business infects medicine when doctors become businesspeople who view patients as opportunities for profit. I will argue that social justice sometimes injects its telos of achieving racial equality (and other kinds) into other professions, and when it does, those professionals betray their telos.

A consistent finding about human reasoning: If we WANT to believe X, we ask ourselves: “Can-I-Believe-It?” But when we DON’T want to believe a proposition, we ask: “Must-I-Believe-It?” This holds for scholars too, with these results:

But we can’t count on “institutionalized disconfirmation” anymore because there are hardly any more conservatives or libertarians in the humanities and social sciences (with the exception of economics, which has merely a 3-to-1 left-right ratio). This is why Heterodox Academy was founded—to call for the kind of diversity that would most improve the quality of scholarship (at least, if you embrace Mill rather than Marx).

Humanity evolved for tribal conflict. Along the way we evolved a neat trick: Our ability to forge a team by circling around sacred objects & principles. In the academy we traditionally circled around truth (at least in the 20thcentury, and not perfectly).  But in the 21st century we increasingly circle around a few victim groups. We want to protect them and help them and wipe out prejudice against them. We want to change the world with our scholarship. This is an admirable goal, but this new secular form of “worship” of victims has intersected with other sociological trends to give rise to a “culture of victimhood” on many campuses, particularly those that are the most egalitarian and politically uniform. Victimhood culture breeds “moral dependency” in the very students it is trying to help – students learn to appeal to 3rd parties (administrators) to resolve their conflicts rather than learning to handle conflicts on their own.

“What doesn’t kill me makes me stronger.” Nietzsche was right, and Nasim Taleb’s book “Antifragile” explains why. Kids need thousands of hours of unsupervised play and thousands of conflicts and challenges that they resolve without adult help, in order to become independently functioning adults. But because of changes in American childrearing that began in the 1980s, and especially because of the helicopter parenting that took off in the 1990s for middle class and wealthy kids, they no longer get those experiences.

Instead they are enmeshed in a “safety culture” that begins when they are young and that is now carried all the way through college. Books and words and visiting speakers are seen as “dangerous” and even as forms of “violence.” Trigger warnings and safe spaces are necessary to protect fragile young people from danger and violence. But such a culture is incompatible with political diversity, since many conservative ideas and speakers are labeled as threatening and banned from campus and the curriculum. Students who question the dominant political ethos are worn down by hostile reactions in the classroom. This is one of the core reasons why universities must choose one telos. Any institution that embraces safety culture cannot have the kind of viewpoint diversity that Mill advocated as essential in the search for truth.

At Truth U, there is no such thing as blasphemy. Bad ideas get refuted, not punished. But at SJU, there are many blasphemy laws – there are ideas, theories, facts, and authors that one cannot use. This makes it difficult to do good social science about politically valenced topics. Social science is hard enough as it is, with big complicated problems resulting from many interacting causal forces. But at SJU, many of the most powerful explanatory tools are simply banned.

All social scientists know that correlation does not imply causation. But what if there is a correlation between a demographic category (e.g., race or gender) and a real world outcome (e.g., employment in tech companies, or on the faculty of STEM departments)? At SJU, they teach you to infer causality: systemic racism or sexism. I show an example in which this teaching leads to demonstrably erroneous conclusions. At Truth U, in contrast, they teach you that “disparate outcomes do not imply disparate treatment.” (Disparate outcomes are an invitation to look closely for disparate treatment, which is sometimes the cause of the disparity, sometimes not).

There seem to be two major kinds of justice that activists are seeking: finding and eradicating disparate treatment(which is always a good thing to do, and which never conflicts with truth), and finding and eradicating disparate outcomes, without regard for disparate inputs or third variables. It is this latter part which causes all of the problems, all of the conflicts with truth. In the real world, there are many disparities of inputs, but anyone who mentions such disparities on campus is guilty of blasphemy and must be punished. I work through an example of how the attempt to eliminate outcome disparities can force people to disregard both truth and justice. This is no way to run a university.

Given the arguments made in sections 1-7, I think it is clear that no university can have Truth and Social Justice as dual teloses. Each university must pick one. I show that Brown University has staked out the leadership position for SJU, and the University of Chicago has staked out the leadership position for Truth U. (This has been confirmed by their rankings in the new Heterodox Academy Guide to Colleges.)

I close by urging students on every campus in America to raise the question among themselves: which way do we want our university to go? I offer a specific tool to raise the question: the Heterodox University Initiative. If students on every campus would propose these three specific resolutions to their student government, perhaps as the basis of a campus-wide referendum, then students could make their choice known to the faculty and administration. The students would send a clear signal as to whether they want more or less viewpoint diversity on campus. At very least, a campus-wide discussion of Marx versus Mill would be a constructive conversation to have.

Back to JP here. So, given this: 1) Do you think there is a problem here? 2) Is Haidt right in his approach in how best to deal with such a problem if it is there?

I am a big fan of letting bad ideas fall not in disallowing them but in robustly criticising them. 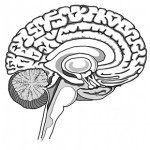