The following news (taken from Humanists UK) is great, if not a little obvious in my humble opinion. What is particularly galling is the issue of Saudi Arabia, in the context of the UN Human Rights Council (from wiki):

In September 2015, Faisal bin Hassan Trad, Saudi Arabia’s ambassador to the UN in Geneva, has been elected Chair of the United Nations Human Rights Council panel that appoints independent experts.[125][126] UN Watch executive director Hillel Neuer said: “It is scandalous that the UN chose a country that has beheaded more people this year than ISIS to be head of a key human rights panel. Petro-dollars and politics have trumped human rights.”[127] Saudi Arabia also shut down criticism, during the UN meeting.[128] In January 2016, Saudi Arabia executed the prominent Shia cleric Sheikh Nimr who had called for free elections in Saudi Arabia.[129]

In other words, that the UN correctly condemns these things is somewhat moot.

The UN Human Rights Council has passed a resolution calling for an end to the death penalty for those accused of blasphemy, apostasy, having same-sex relationships or adultery. The resolution is the first of its kind in the UN and requires states that have not yet abolished the death penalty to ensure that it is not imposed as a sanction for these crimes. Humanists UK welcomes this resolution and hopes that this international pressure will contribute to states choosing to remove these laws from their statute books altogether.

The resolution passed 27 in favour, 13 against with 7 states choosing to abstain. The resolution followed a report by UN Secretary General on the Death Penalty ahead of the 36th session of the UN Human Rights Council. The report focused on groups, such as the non-religious and the LGBT community, that face disproportionate discrimination under these laws. The report stated that these laws create an enabling environment for violence and stigma.

There are currently 13 states that impose the death penalty for apostasy or blasphemy. Humanists UK co-founded the ‘End Blasphemy Laws’ campaign and regularly calls for the repeal of these laws at the UN; succeeding in 2008 to abolish such regulations in England and Wales. Since 2015, Denmark, Norway, Iceland, Malta and the Alsace-Moselle region of France (the only part to have such a law) have also abolished their blasphemy laws. The Republic of Ireland will also hold a referendum in 2018 into removing its restrictions on free speech following the controversy in May around a police investigation into comments made by Humanists UK patron Stephen Fry.

Humanists UK Director of Public Affairs and Policy Richy Thompson commented, ‘This resolution is a huge step in the right direction. We are pleased that it makes specific reference to the non-religious and LGBT communities as distinct and persecuted minorities, and recognises the disproportionate discriminatory effect that these laws have upon these groups. We hope that those countries that still impose the death penalty will take note of this resolution and join the growing list of nations that support freedom of religion and belief, and believe that these barbaric punishments have no place in our modern world.’ 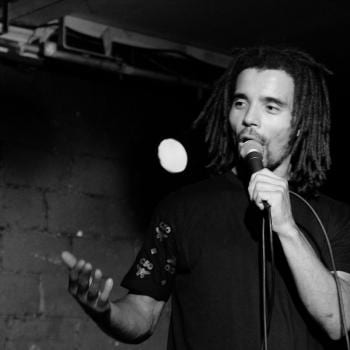