In some sense, stories like this are seemingly innocuous. But in another sense, they are reflective of a larger trend that represents something quite fundamental within certainly my country. We are getting to the stage in society and culture where, particularly in countries like the UK, religion is taking an increasingly less important place at the table.This may only be about a prayer before a formal event, but it is indicative of a pattern that is being generated and one that I think is a move in the right direction.

This comes from Humanists UK:

The City of London Corporation has removed the custom of saying grace before official dinners. At the Lord Mayor’s Dragon Awards last week, which recognises organisations that have furthered community engagement in London, the Lord Mayor’s chaplain was asked to provide a secular statement rather than a prayer before the commencement of the black tie dinner event. Humanists UK welcomed this decision and hopes that other cities will follow suit in removing this outdated custom which disregards the diversity of belief in UK cities.

The decision by the City of London Corporation follows other UK cities making similar moves to ensure official events are inclusive of guests who hold either non-Christian or non-religious beliefs. Last month, Belfast’s Lord Mayor Nuala McAllister decided not to hold prayers at her installation dinner citing concerns that not all guests would be comfortable about being asked to participate in Christian prayers. The saying of grace was not a long-standing tradition in Belfast’s City Hall but had been done at the discretion of Lord Mayors at their installation dinners since the 1990s.

Humanists UK’s Director of Public Affairs and Policy Richy Thompson commented, ‘We are pleased that the City of London Corporation has joined Belfast in recognising that its dinner guests – and indeed London itself – have a diverse range of religious and non-religious beliefs and therefore it is anachronistic and inappropriate to continue to privilege Christian beliefs at official events. Those who wish to personally observe Christian grace are in no way prevented from doing so, but communal religious observance should have no place in public ceremonies.’

Read more about our work on secularism: https://humanism.org.uk/campaigns/secularism/ 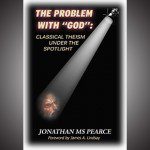 October 8, 2017 Unanswerable Questions
Recent Comments
0 | Leave a Comment
"You are missing my point in the thread. Confederate statues are hated by the people ..."
Dennis A Personal Example of Manifested Systemic ..."
"Even if all else was the same, you'd be singing Kanye's praises if he were ..."
Person223 Kanye West for President: Anti-Vaccine, Anti-Abortion, ..."
"You wouldn't have the big Ivy League endowments if the Ivy League schools shut down, ..."
Dennis A Personal Example of Manifested Systemic ..."
"You have a habit of being obscure. What on earth does any of this mean? ..."
guerillasurgeon A Demagogue Was Inevitable
Browse Our Archives
Follow Us!