God, Logic and the Euthyphro Dilemma

I have been discussing God’s attributes of late, and the subject of logic is never far away. One aside to this – perhaps the very fundamental nature of it all – concerns logic itself and from whence it came.

I am not talking about ideas of whether God can make a rock too heavy for him to lift or whether, if given the axioms of Riemannian geometry, an omnipotent being could create a triangle whose angles did not add up to 180 degrees? Or could God create a prison so secure that he could escape from it?

In some sense, this is immaterial (well, in a very obvious sense, it is immaterial!), because whatever you define as logic, and however you conceive and construct it, it – if you believe in most conceptions of God – was created by God.

And here we come across a problem that is perhaps analagous to the Euthyphro Dilemma, which itself reads as follows:

In other words, is something good just because God commands it, or is goodness rooted outside of God?

If we substitute “logic” into this, then we have:

Is logic rooted in God or outside of God such that he taps into it? Is it contingent or necessary?

One can bring in all sort of subsequent ideas such as whether logic is merely a descriptive quality of the universe, and its language is how we navigate ourselves about our universe? Of course, these are arguably entirely secular approaches to the subject.

To return to God, if we were to insist on these ideas of twisting God up in logical, usually semantic wordplays, are these impotent from the get-go because God arguably created the whole system himself?

More questions than answers, admittedly. But if might is right causes a problem for divinely derived morality, does it cause similar problems in its application to God? Or, indeed, is the analogy simply false, and such a dilemma cannot be applied to logic as it is to morality? 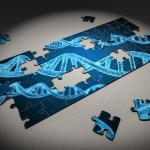 October 17, 2017 Guest Post by Franz Kiekeben: William Lane Craig and Altruism
Recent Comments
0 | Leave a Comment
"This comment:If you are saying you'd rather not continue with us interacting, that's fine.We can ..."
Anri More on the Soul; Wrapping around ..."
"I don't care whether your husband left you. I've known Men who left wives for ..."
John Crawford Empathy for the policeman Who Shot ..."
"Sure - an unarmed man is walking away and they have to defend themselves from ..."
Catherine Spencer-Mills Empathy for the policeman Who Shot ..."
"My ex was in the Marines. Do not Semper Fi me when it was the ..."
Catherine Spencer-Mills Empathy for the policeman Who Shot ..."
Browse Our Archives
get the latest from
A Tippling Philosopher
Sign up for our newsletter
POPULAR AT PATHEOS Nonreligious
1