“Mommy, are those my brains?”

His mother shook her head. “No honey, not yet.”

Abstinence is virtual absence. For a religious couple postponing a family but opposed to contraception, as they lie in bed together, they must imagine that their partner is not there, enticing them into carnal pleasures

In the US, and many in other countries as well, there has been a steady escalation in the age when most people get married. In the period from 1950 to 2010, the median age for marriage increased from 24 to 28 for white men, and from 23 to 31 for black men. It went from 20 to 26 for white women and from 20 to 30 for black women.  Furthermore, the percentage of people who never marry is climbing steadily.[ii]

A couple hundred years ago, many girls were married by the age of 10, and most were married before they ended their teens. Why is this important? The young and healthy years from 18 to 30 are a time of maximum sexual drive for men, and to a somewhat lesser extent, women. Expecting them to abstain from sex until they are almost 30 is totally unrealistic. It’s defying Mother Nature. Ain’t gonna happen.

And that is why the evangelical Christian insistence on abstinence for young people is doomed to failure. Evangelicals deplore the “moral decadence” of modern society, especially young people, many of whom cohabit for years before they get married. For many Christians,  premarital sex is immoral. They talk about “responsibility,” insisting that a couple must make a lifelong commitment, uniting in “holy matrimony” in a religious ceremony before engaging in sex. They vehemently oppose the availability of contraceptives and sex education in the schools, claiming they encourage teenagers to have sex.  Instead, they preach abstinence, abstinence, abstinence!

One of the consequences of this is ignorance about sex among young evangelicals and significantly higher divorce rates.[iii] Moreover, the lectures about abstinence aren’t working. Eighty percent of young evangelicals engage in premarital sex.[iv] Because of their ignorance, they are less likely to use contraceptives, so teen pregnancy rates are higher among evangelicals.[v]

There was some justification, in the 19th century and earlier, for urging young people to avoid sex until marriage. STD’s, especially syphilis, were rampant. It was usually a death sentence.  Treatments were ineffective, and the progression of the disease was long and miserable. This was also a reason for virginity to be highly prized. A bride’s virginity was a guarantee that she would not infect her new husband.  Needless to say, the bride got no such guarantee from the groom.

In the 18th and 19th centuries, mercury, arsenic and sulfur were commonly used to treat syphilis and gonorrhea, which often resulted in serious side effects and many people died of mercury poisoning. The first known effective treatment for syphilis called salvarsan or arsphenamine was introduced in 1910. Later in the 20th Century, the introduction of penicillin and other antibiotics led to effective cures for bacterial STDs. [vi] Of course, now we have viral STD’s…Aids and genital herpes. Treatments are still a work in progress, so it is really important for young people to know about STD’s and their prevention…and about contraception.

The bottom line is this: Young people are gonna have sex. If you are a believer, think about it. God commanded us to be fruitful and multiply. He gave people that irresistible urge. So, deal with it. 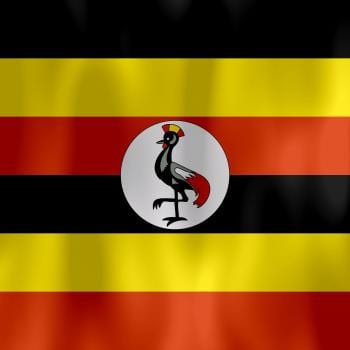