This essay describes the thinking of a far-right fringe of Christianity.  Most Christians probably disagree, and even deplore, the goals of these fanatics.  But I think it is important that we understand what they propose…and would impose on the rest of us if they ever gained political power.  I have collected this material over the years, and where possible, I have provided the sources.

“There will never be world peace until God’s house and God’s people are given their rightful place of leadership at the top of the world.”—Pat Robertson

“There are a lot of us floating around in Christian leadership — James Kennedy is one of them — who don’t go all the way with the theonomy thing, but who want to rebuild America based on the Bible.”—Jay Grimstead (Coalition on Revival)

Diamond explained that “the primary importance of the [Christian Reconstructionist] ideology is its role as a catalyst for what is loosely called ‘dominion theology.’”

According to Diamond, “Largely through the impact of Rushdoony’s and North’s writings, the concept that Christians are Biblically mandated to ‘occupy’ all secular institutions has become the central unifying ideology for the Christian Right.”

In a series of articles and book chapters Diamond expanded on her thesis. She called Reconstructionism “the most intellectually grounded, though esoteric, brand of dominion theology,” and observed that “promoters of Reconstructionism see their role as ideological entrepreneurs committed to a long-term struggle.”

Hard Dominionists want the United States to be a Christian theocracy. For them the Constitution and Bill of Rights are merely addendums to Old Testament Biblical law. They claim that Christian men with specific theological beliefs are ordained by God to run society. Christians and others who do not accept their theological beliefs would be second-class citizens. This sector includes Christian Reconstructionists, but it has a growing number of adherents in the leadership of the Christian Right.

Reconstructionism is a theology that arose out of conservative Presbyterianism (Reformed and Orthodox), which proposes that contemporary application of the laws of Old Testament Israel, or “Biblical Law,” is the basis for reconstructing society toward the Kingdom of God on earth.

Reconstructionism argues that the Bible is to be the governing text for all areas of life, including government, education, law, and the arts, and not merely “social” or “moral” issues like pornography, homosexuality, and abortion. Reconstructionists have formulated a “Biblical world view” and “Biblical principles” by which to examine contemporary matters. Reconstructionist theologian David Chilton succinctly describes this view: “The Christian goal for the world is the universal development of Biblical theocratic republics, in which every area of life is redeemed and placed under the Lordship of Jesus Christ and the rule of God’s law.”

More broadly, Reconstructionists believe that there are three main areas of governance: family government, church government, and civil government. Under God’s covenant, the nuclear family is the basic unit. The husband is the head of the family, and wife and children are “in submission” to him. In turn, the husband “submits” to Jesus and to God’s laws as detailed in the Old Testament. The church has its own ecclesiastical structure and governance. Civil government exists to implement God’s laws. All three institutions are under Biblical Law, the implementation of which is called “theonomy.”

Christian revisionism is important in understanding the Christian Right’s approach to politics and public policy. If one’s political righteousness and sense of historical continuity are articles of faith, what appear as facts to everyone else fall before the compelling evidence of faith. Whatever does not fit neatly into a “Biblical world view” becomes problematic, perhaps a delusion sent by Satan.

The invocations of the Bible and the Founding Fathers are powerful ingredients for religious-nationalist demagoguery. However, among the stark flaws of Reconstructionist history is the way Christian revisionism distorts historical fact.

For example, by interpreting the framing of the Constitution as if it were a document inspired by and adhering to a Reconstructionist version of Biblical Christianity, Reconstructionists make a claim that denies the existence of Article VI of the Constitution. Most historians agree that Article VI, which states that public officials shall be “bound by oath or affirmation to support this Constitution; but no religious test shall ever be required as a qualification to any office or public trust under the United States,” was a move toward disestablishment of churches as official power brokers and the establishment of the principles of religious pluralism and separation of church and state.

Theonomy…”In the terminology of Christian Reconstructionism, theonomy is the idea that, in the Bible, God provides the basis of both personal and social ethics. In that context, the term is always used in antithesis to autonomy, which is the idea that Self provides the basis of ethics. Theonomic ethics asserts that the Bible has been given as the abiding standard for all human government — individual, family, church, and civil; and that Biblical Law must be incorporated into a Christian theory of Biblical ethics.

Theonomic ethics, to put it simply, represents a commitment to the necessity, sufficiency, and unity of Scripture. For an adequate and genuinely Christian ethic, we must have God’s word, only God’s word, and all of God’s word. Nearly every critic of theonomic ethics will be found denying, in some way, one or more of these premises.”

—The Theonomic Antithesis to Other Law-Attitudes

Critics see theonomy as a significant form of Dominion theology, which they define as a type of theocracy. Theonomy posits that the Biblical Law is applicable to civil law, and theonomists propose Biblical law as the standard by which the laws of nations may be measured, and to which they ought to conform.

I sincerely hope that these nutcases never attain any significant political power.

November 6, 2017
Problem of Evil: Issues with Skeptical Theism and Theodicies
Next Post 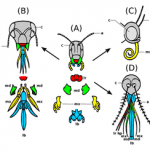 November 6, 2017 Evolution vs. Capitalism
Recent Comments
0 | Leave a Comment
Browse Our Archives
get the latest updates from
A Tippling Philosopher
and the Patheos
Nonreligious
Channel
POPULAR AT PATHEOS Nonreligious
1

Nonreligious
No, the Gospel Writers Weren't Eyewitnesses
A Tippling Philosopher

Nonreligious
The Dependence of Biblical Law Codes on Ancient...
A Tippling Philosopher
TRENDING AT PATHEOS Nonreligious