What Is Personhood? Setting the Scene.

What Is Personhood? Setting the Scene. November 11, 2017 Jonathan MS Pearce

I recently gave a talk on personhood to the University of the Third Age at one of my local schools. My talk was the first one of a day that was designed to look at what it means to be a human. After my piece, an evolutionary behavioural scientist gave a talk on animal behaviour in comparison to human behaviour to look at what it means to be human from a behavioural point of view. After that, there was a breakout session with the children from the school that was hosting the event and this was really interesting because those children, probably about thirteen and fourteen, had so much to add to the conversation. They were really engaged with what we were talking about and how it might affect moral decisions in the future with robotics and artificial intelligence, as well as looking at ideas of abortion, evolution, species and whatnot; and it was a pleasure to see the engagement of people at both ends of the developmental spectrum. It’s interesting to have them interacting so much with thought experiments involving burning abortion clinics and blastocysts and janitors. Nothing like challenging minds early!

The way I’m going to start this piece is by talking about one of my favourite subjects, the area of abstract ideas and nominalism. As I’ve mentioned many times before, I am a conceptual nominalist and this means that I deny the ontic reality of abstract ideas. Abstract ideas, such as morality, personhood, heroes, chairs (as ideas), redness and so on, only exist in the minds of the agents who conceive them. There is no realm “out there” where these abstract ideas exist.

My idea of what a hero is will be different from yours and any other person’s. When I look at the chair, I get a sense of chairness from it and have an understanding of the idea of a chair. However, a chair might feel like a bed to a cat, or to an alien it could be something entirely different, or to someone from the Amazon Rainforest, yet again something different. this is because there is no objective idea of what a chair is that our minds tpa into. It is not top down epistemology but bottom up mental construction. Definitions are usually functional so that a chair fulfills the idea of being a chair by fulfilling the function it provides to the people who are perceiving it.

What this means is that every single abstract idea is constructed by the conceiver. And, obviously, this includes personhood.

Let’s have a look at evolution and what is known as the species problem. Even Charles Darwin understood the nature of nominalism and how it affects how we categorise species and label them in the arena of evolutionary theory. The nature of evolution means that every single organism is part of a transitional journey from one point in time to another in terms of the properties of those organisms. What we do is we attach labels to categories along that continuum of time in an arbitrary fashion. It is like applying a digital idea to a spectrum. Let me remind you of my favourite picture:

Arguably, at no single point along that journey of text from red to blue does the text stop being red and become blue. It’s fuzzy. We kind of intuit it. In a sense, there is no such thing as red and blue (outside of our minds, objectively). We invent these labels and attach them to a range of colours as we see fit. However, there will be disagreement as to what constitutes red and what constitutes blue. In Photoshop, for example, there are individual codes for every instantiation of colour.  The same could be applied to evolution. If we look at the evolution of man, we could apply an individual label for every single generation of organism throughout the whole continuum. Even that has problems because there will be numerous differentiated organisms that coexist contemporaneously. 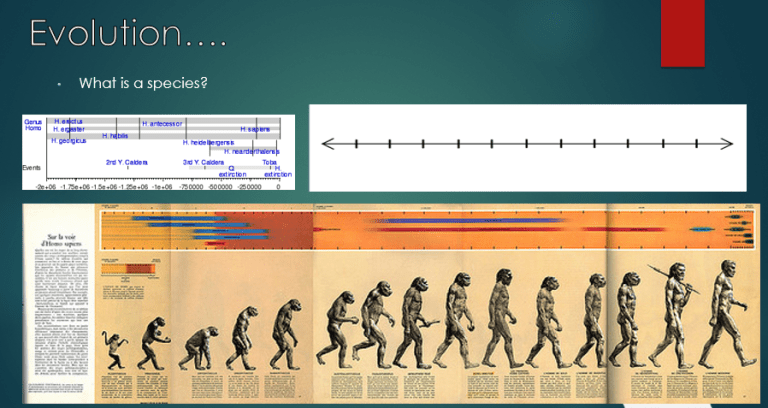 Because we create these arbitrary categories, we think that these categories really do exist outside of our minds. The layman will think that at some point in time, precisely, one species turns into another. However, this is a mischaracterisation of evolution based on the simplistic way that we categorise and chop up the continuous spectrum of change.

You can see that these categories and labels don’t really exist outside of our minds but we create them in order to simplify something that is otherwise complex and too unwieldy to use. This allows us to understand the field and manipulate the ideas to our own pragmatic ends. What you have seen above with evolution, can also be applied to human development.

Imagine the spectrum of human development from zygote to blastocyst, through foetus and baby, to child, adolescent, adult geriatric.

As you can see from the slide above, we have these labels, these arbitrary cut-offs, that segment and categorise human development, dividing it into nice, simple chunks.

They don’t exist objectively. We have constructed them to navigate our social and moral world. We apply digital cut-off points to a spectrum of continued development. In Britain, you reach (a form of) adulthood when you reach eighteen. But what happens at seventeen years, three hundred and sixty-four days, twenty-three hours, fifty-nine minutes and fifty-nine seconds? What does that one second do to that child? That adolescent even, on their eighteenth birthday? What properties do they now possess that allows them to qualify to vote that they did not possess the second before? Well, there is no discernible difference. We arbitrarily draw the line at eighteen years. Other countries do it as twelve, sixteen or twenty-one, depending on what adulthood might be defined as. In voting terms, we changed that in the UK, in Scotland, for the independence referendum.

These things are not set in stone.

And that’s just adulthood. You might ask, like personhood, what adulthood is and how it can be defined. Is it consensual sex? Ability to vote? Drive? Commit a crime?

Of course, different people will have different ideas.

Indeed, I know some seventeen-year-olds who are more adult and prepared and cognitively able to vote than many nineteen-year-olds. But we cannot treat adulthood on a case by case basis for pragmatic reasons (though you might imagine a test of sorts). We draw lines (in the UK at eighteen for voting) and declare that people must adhere to that for their definitions.

It hasn’t always been like that across time and geography.

What these labels require are properties to be attached to. Because there is no objective fact that a given label applies to a particular set of properties, we need to agree on what ones attach to which properties, and agree by consensus. When we agree, we write dictionaries and encyclopedias codifying that agreement. But these things change. The Second Law of Thermodynamics has adapted to the needs of scientists, and the word “literally” is now a contranym whose meanings also include metaphorically, the opposite to what it traditionally means. “He was literally on fire on the football pitch” has become such a common use of the word such that it can now, according to some dictionaries, be used to mean the opposite of itself.

Personhood is the same. It means whatever we agree it to mean. The problem is that so many philosophers, politicians and laypeople thoroughly disagree on what constitutes personhood. And that disagreement, as with any other term (including morality), reflects the lack of objective facticity.

Can we find agreement? Undoubtedly not, because it is wrapped up with so many other things such as abortion, euthanasia, the afterlife and other ideas that have such strong cultural, religious and contextual draw that means you cannot separate it from these other frameworks in which it is set. Thus to objectively (as in neutrally) assess its meaning is almost impossible for many people.

So now that we have established the problem with labelling things, considering the fact that there is arguably no right or wrong answer as to what personhood actually is, we will need to look at what the most reasonable definition for the word might be. What properties can most reasonably be assigned to personhood?

Hopefully, you can see the value in setting out these arguments and points first before getting into the nitty gritty of personhood. 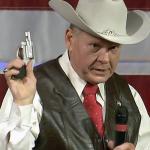 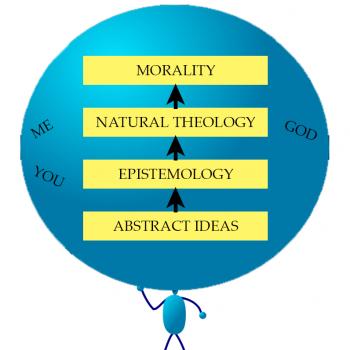